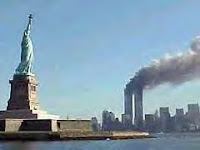 I don’t pretend to be an expert on Arabs, Arab culture, or Arab history, but I do know a bit about our own as Americans. And that worries me.

While our American values are deep-seated and enduring, our short-term memories are such that we have to be severely provoked to call on them. We tend to forget the many attacks and abuses Americans have suffered at home and abroad at the hands of Arabs and others of the Muslim faith.

I was thinking about this while watching Libyan dictator Muammar al-Gaddafi, greet the returning “hero” of the Lockerbie bombing that, in December 1988, killed all 259 passengers on board, many of whom were returning college students and eleven on the ground in Scotland. A large crowd showed up to cheer for Abdel Basset al-Megrahi.

As this is being written, all across the Arab world, this acknowledged Libyan intelligence officer is being portrayed as an innocent victim of the Lockerbie bombing; someone wrongly convicted of being part of the plot. That’s what the Arab press is saying. There is virtually no crime an Arab commits that cannot be explained away so long as it involves revenge for one of their long-standing grievances.

My mind went back to the images of the Palestinians who went in the streets when they heard news of the September 11, 2001 attack on the World Trade Center and the Pentagon. They, too, cheered.

In Somalia, in the wake of the Black Hawk helicopter that went down in Mogadishu, Somalia in 1993 some of our dead warriors were dragged through the streets while crowds cheered.

When news of the abuses at Abu Graib prison became known, Americans were outraged, but in prisons across the whole of the Middle East, such abuses and much worse are commonplace. American values, however, would not permit them to go unpunished.

For three decades, Saddam Hussein maintained rape rooms and executions proceeded without trials in Abu Graib and elsewhere within his prison regime. This does not excuse what a handful of American military did, but it does put it in some perspective.

By contrast, the detainees at Guantanamo have received humane treatment with the exception of those whose information served to protect and save American lives. Even our so-called “torture” methods (enhanced interrogation) do not leave those on the receiving end maimed or dead. Ironically, our pilots and other members of the military have been subjected to water-boarding in order to prepare them for this procedure if captured.

No, it is the cheers that bother me most. It is the joy that infuses Arabs and other Muslims celebrating the killing of Americans that is a reflection of some very bad values that have kept them despised for centuries. They are values embraced by those who join or support al Qaeda or the Taliban.

So, in the wake of the latest bombing in Baghdad, I was amused to see a man-in-the-street interview with an Iraqi who complained that the American soldiers had been withdrawn too soon. He wanted them and the security they provided back.

That is the case all over the world. Our military is seemingly never welcome until after they are gone and the same threats to peace in the streets and a nation occur again.

Then there is no cheering. Only pleas for our return.
Posted by Alan Caruba at 2:19 PM

We are experiencing a sequence of human behavior which not only affects nations, but churches, businesses and other long term entities where founding generations pass on, replaced by those who are unaware of the sacrifices of their progenitors.
A certain zeal and a willingness to sacrifice one's self for a movement or activity characterizes the founders. They are replaced by those who saw from a safe place the formation of the institution; then come those who have only heard about the fight. They develop a certain apathy about it, they are in turn succeeded by a generation whose main characteristic is some sense of entitlement.
We are seeing a generation coming up whose whole world view is characterized by "me first". All you have to do is read about what goes on on the college campus. You can see how dissenters from the "new norms" are treated with rudeness and even violence.
Thank God there are men and women who have not been deceived. They are the remnant which will restore the Republic.
Alexis de Tocqueville accurately described the dilemma which now faces our beloved Nation,
"The Christian nations of our age seem to me to present a most alarming spectacle; the impulse which is bearing them along is so strong that it cannot be stopped, but it is not yet so rapid that it cannot be guided: their fate is in their hands; yet a little while and it may be no longer."

"All that is necessary for evil to triumph is for good men to do nothing." Edmund Burke.

I worry, frankly, that we are dependent on a volunteer army as opposed to one including conscripts who serve for two years as I did in my youth. Military service instills a love of country and respect for its values. Those currently serving, mostly young men and women, are probably the best of their generation in many ways.

Hi Mr. Caruba. I remember years ago before Abu graib, I saw video of Saddam and his sons- torturing and chopping off various body parts. The video was purposely blurred as heads and hands and feet were lopped off (thankfully!) My point though, is that these same videos were shown to our members of congress- and they were understandably horrified as well. What made me so angry, and still does is that with the Abu Graib stuff, supposed torture at Guantanamo and now we have the NY slimes coming off blathering about other forms of torture done on those poor terrorists at Guantanamo. I mean threats of death! They were actually led to believe they would die if they didn't give needed intelligence.
OK. I don't particularly like the idea of feeling like I'm going to drown- but I'd take that over beheading and having my body dragged through streets, set on fire and thrown over a bridge.
Sorry- I don't like violence or mean people. The way I see it though- I know who is MORE mean, and I do NOT appreciate those who are running the country- whether media or government, likening our soldiers to these evil murderers.
Nough said- sorry so long again.
God Bless you Mr. Caruba

I think The New York Times should be understood to be an enemy of America and a perpetrator of treason because they know they can get away with it.

As for torture...I don't like it either, but if it keeps Americans safe, I can live with it.

Someone should remind the Arabs on a daily basis just who taught them to extract oil from their desert.