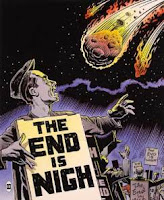 I am frequently asked how I come up with something new to write about every day, but in fact I write about the same things, the Constitution, energy issues, the global warming fraud, education, immigration, et cetera. There is, however, always something new to address within these and other ongoing topics.

As another weekend beckons, I have any number of questions rambling around in my brain about current events.

Is 2010 the year in which global warming will be officially declared dead?

How is it that the Obama administration can announce it is ready to give $10 BILLION DOLLARS a year to developing nations to help them cope with climate change? First of all, the U.S. is for all intents and purposes broke. We exist off of the billions we have to BORROW DAILY just to function and meet enormous obligations such as Medicare and Social Security payments, pensions, the entire U.S. military, and countless pork projects. We don’t have the money to give and climate change has been around 4.5 billion years.

Why can’t these so-called developing nations—which have been developing since I was born over seventy years ago—start developing a few things themselves, like water purification programs, supporting agriculture through the use of genetically modified seeds so crops can resist drought or insect depredation, or just ensuring that, in some cases, the riches from oil royalties actually gets used to build some schools, health clinics, et cetera?

Friends of the Earth put out a letter to their members saying, “Since day one of the Copenhagen climate summit, our Friends of the Earth delegation has stood with people from African nations, small island states, and other poor countries in demanding climate justice.” What exactly is “climate justice”? The climate is the climate. It has nothing to do with justice. Unless, of course, you think rich countries are responsible for the reason poor countries are poor. In which case, you’re just nuts.

Is it possible that the Democrat Party and its leadership, President Obama, House Speaker Nancy Pelosi, and Senate Majority Leader Harry Reid are either stark raving mad or just such dedicated Marxists that they believe the U.S. must be bankrupted with a bizarre healthcare “reform”, taxes on all forms of energy use, and the regulation of the second most vital gas on planet Earth, carbon dioxide, as a “pollutant” that is “harmful” to public health?

Where is the Constitution at work these days except for the extension of its Bill of Rights to foreign combatants who are self-admitted Islamic terrorists that engaged in an act of war called 9/11? Since when do we try war criminals in anything other than military tribunals? The answer is and was never.

How long will it take Iran to launch a missile at Israel after it has put together a nuclear warhead? My guess is about five minutes because the ayatollahs who have been in charge since 1979 see such an act as possibly the sole reason for their Islamic Revolution.

Here’s another random thought. If the Constitution expressly says “No person holding any Office of Profit or Trust under them, shall, without the Consent of Congress, accept any present, Emolument, Office, or Title, of any kind whatever from any King, Prince, or foreign State.” And just what is the Norwegian Nobel Peace Prize and how much money comes with the shiny medal, if not a present and emolument? If Congress passed a resolution of consent, I didn’t hear about it.

Monday marks the beginning of winter. For all those global warming enthusiasts, it is a period of deep denial about the fact that the Earth gets particularly cold for several months. To make it worse, having been in a cooling cycle since 1998 winter may stick around longer in the coming decade or two. During the last Little Ice Age, the Thames froze over regularly from 1300 to 1850. Here in America, soldiers billeted at Valley Forge had to endure bitter cold.

By the way, four inches of snow fell on Copenhagen in the last few days. This is considered a blizzard by the Danes because it is an unusual amount for that city.

Santa will arrive next week. I have been a very good little boy.
Posted by Alan Caruba at 1:25 PM

How do you, and many others, come up with something to write about they ask?

It's not imagination, all we have to do is look at the world around us, blog fodder abounds!

If anyone ever nailed "it", you nailed it down this morning, with dispatch and aplomb. Like many other seniors, I read a lot, but I start with your blog. It's very settling to hear some succinct logic before the other sources. You're a national treasure, Alan. Merry Christmas to you.

Writing my daily blog saves me lots of money as opposed to visiting a psychiatrist!

Under The Hood said...

Alan, "Spot ON, mate!", as usual.
Most of us have been broke at one time or another. It's crazy to hand out money to others when we can't pay our own rent, or buy our own groceries.
Either don't hand out money or tighten the old belt, or both, but not neither.
(And I think I can claim that that's the first time I've used THAT double negative to end a sentence)