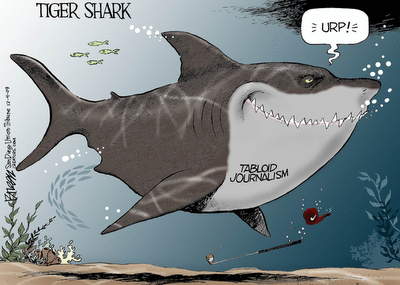 I have a confession to make. I have never engaged in any sports activity demanding any energy. About as close to a sporting activity I ever got was shooting pool or as fancy folk call it, billiards. The English version is called Snooker. In my time I did a lot of leaning over the edge of the pool table to line up a shot, but it never tired me in any way.

I have another confession to make. I have never watched an entire baseball or basketball game in my life. Baseball is too slow for my attention span and basketball is too fast.

In my youth I attended the University of Miami football games, but that was mostly to prove my manly bona fides with dates who I suspect knew more about the game than I. Once a year I watch the Super Bowl, but mostly for the cheerleaders and commercials.

Poker is not a sport. It is a card game played by professionals and amateurs alike, often for mindlessly huge amounts of money in tournaments. I like poker because the professionals can get knocked out with a bluff or better hand.

One of the reasons I never took up sports was a father who I was told once played tennis long before I was born. My Dad was very smart. He brought my older brother into the world for the sole purpose of mowing the lawn and shoveling the snow. Later I inherited the job. The most strenuous thing I ever saw my Dad do was read The New York Times every day.

All of which brings me to golf. I have decided to take up golf. I understand you can hire some guy to carry your bag that’s full of clubs and/or you can rent an electric cart to avoid all that walking. I only walk to the local supermarket and back—and then only if the Sun is shining and the weather is pleasant.

Why, at this late stage of my life would I take up golf, I hear you say. The answer is simple: Tiger Woods. Not only is he an inspiration to anyone who plays the game, he has demonstrated that playing golf acts as an aphrodisiac on women. Apparently it triggers levels of lust.

Up to now, I have tended to make fun of golfers and I want to apologize. I frankly thought that wearing pastel colored slacks was silly. Little did I know that the affect of golf on women was such that condoms were necessary every time one stepped out on the links.

It occurs to me that I might skip playing golf and just show up in clubs with a club. Casually walking into the place holding a “wood” or a “putter” should be a guarantee of sexual dalliance such as I have not known in…in…quite a while.

So, here’s to you, Tiger Woods! You’re now the new standard for every cheating husband plus all the single guys looking for a quick way to get some gal into bed.

It must be the golf because I cannot think of any other reason.
Posted by Alan Caruba at 12:53 PM

Alan go buy a Porche or a BMW if you want to get lucky. Golf is a hell of a lot more expensive than what it would cost to buy either of those vehicles.I used to play at a private course in Montgomery County Pa.30 years ago. I looked the course up on the net and a round of golf and cart was about $175.Trust me it would be less expensive the other way.

Mr. Alan, if you need an adrenaline rush try Rugby or, if you are ever in my neck of the swamp we'll go Mudd-ridin on the 4-wheelers. Golf is to much of an off-course contact sport, ask Tiger..

Thanks for the invite, but I have to take my nap now.

Necromancer...so apparently my Volkswagan Rabbit is part of my problem as well.

I get a hell of a lot of mileage out of it, but not the kind I had in mind.

Golf? Cars? Nah ...cold hard cash is the ticket. You could be take up Curling and be a stud if you made millions at it!