The Worst Places on Earth: 2010 Edition 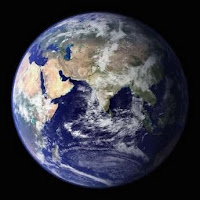 The President of the United States and many politicians are fond of telling us what a terrible place America is. They point to those who, often by choice, are “uninsured” for healthcare costs, but they never mention that by federal law no one, citizen and non-citizen alike, can be turned away from any hospital.

It’s one thing to want to correct inequities of one sort or another. It is quite another to attack the structure of society by imposing laws that authorize gay marriage or to forbid the public celebration of Christmas, or even to display the Ten Commandments in court houses.

There are, however, places far worse in which to live.

The obvious choices are those under the rule of Islam where seventh century sensibilities still rule and countless restrictions exist. When it became apparent that the Taliban were within miles of Pakistan’s capital, the government woke from its slumber and sent the army to destroy them. Pakistan’s neighbor, Afghanistan, is much in the news and not famous for modernity.

The United States and other Western nations have had to invest billions in treasure and many lives to keep the Middle East from inflicting more pain on the rest of the world insofar as it is the site of a lot of oil.

Here are a few nations that remain in constant turmoil:

Somalia is a nation that must surely qualify for the worst place on Earth. Armed gangs roam the streets as two Islamic groups vie for the ability to become its government. What government exists does so only because Africans from outside Somalia guard the president palace and government buildings. Meanwhile the population barely survives on whatever food supplies reach that hell hole.

Zimbabwe surely qualifies as a horrid place. Its president, Robert Mugabe, refused to relinquish the office after the last election. The nation’s currency is printed in a lunatic asylum where a single piece is said to be worth $10,000,000. It will not buy a loaf of bread.

Other African nations are among the most wretched places on Earth, from Equatorial Guinea to Sudan, Libya to Ethiopia to Swaziland. All are run by dictators. Yemen is the new center of al Qaeda planning of future terrorist attacks on the U.S. and the west.

Asia is not much better.

The top contender for worst, however, is North Korea which is utterly devoid of any freedom and a place where the average 7-year-old boy is almost 8 inches shorter and twenty pounds lighter than a South Korean boy of the same age.

The people of Myanmar, formerly Burma, live under the iron rule of a military junta. The 1991 winner of the Nobel Peace Prize Aung San Suu Kyi has been under house arrest for years. Myanmar is famous for forced labor on its construction projects and the use of children as soldiers. Nearby Laos suffers from being another worker’s paradise.

Communism remains a blueprint for failure and oppression. Uzbekistan is famous for its torture rooms. A 2003 law made Islam Karimov, its dictator, and all members of his family immune from prosecution forever. A mass murder of protesters in 2005 has discouraged any efforts to rid themselves of him ever since. In Turkmenistan the government has found many ways to make life there unbearable and you can add Belarus to the list as well.

Iran is likewise a dictatorship that has begun to see protests. Its leaders have not only demonstrated utter ruthlessness against its captive citizens, but constantly engage in seizing foreign hostages. They are increasing their provocative actions. Syria is no better, having lived under the Assad family, father and son, for decades. Both nations are allies.

Say what you will, but Iraq, after three decades of Saddam Hussein’s cruelties and plunder, has emerged as a democracy and is struggling to remain one. Iraqis may discover that too great a withdrawal of American troops is an invitation to chaos.

After China rejected the idiocy of Mao in favor of a capitalist economy, life has improved for many Chinese, but they still have no political freedom. If China stops buying U.S. securities, the U.S. will financially implode.

Closer to home, Cuba remains a dictatorship under Fidel Castro’s brother, Raul. Despite the way various Hollywood stars praise Cuba after visiting, it is still a Communist prison-state and, of course, Hugo Chavez has fashioned one in its image in Venezuela.

Though Mexico is largely ignored by Americans except for its many citizens fleeing across our southern border (along with many other South Americans and those from the Caribbean), it too is in a precarious condition as its oil reserves have begun to decline from lack of exploration and development. Naturally, the oil company is owned by the government. Kidnappings and murders perpetrated by the narcotics kingpins are a part of everyday life in Mexico and are spreading like a cancer to America’s southwestern states.

The United Nations has proved to be a sinkhole of corruption and friend to every dictatorship worldwide.

It’s always a good idea to look around and do a quick comparison between life in America and much of the rest of the world.

These may well be the last days of an America where a sober and prudent government ensured careful management of its financial resources. As 2009 comes to a close, America totters on the brink of resembling other failed nation-states around the world.
Posted by Alan Caruba at 8:53 AM

You certainly touched the bases of the bad places on earth, but I do wonder Alan how many people in the countries you named would feel the same about their country---the majority or maybe just a minority. Its a rather dumb question in that theres no way to get the answer. I good man will always make the most of what he has and seldom complain , while the other will cry and point the finger and blame others.

I've read some of your articles elsewhere on the net, but this is my first visit to your blog. I came via link at Texas Freds.

Your writing is far above par!

Happy New Year, Alan, I have enjoyed your column immensely this past year. You make some really excellent points. Please continue, as we need many reality checks in these uncertain times.

Speaking of Cuba, when some celebrity praises it as a paradise, I have to wonder why, if that is so, that so many people are willing to risk being eaten alive by sharks rather than spend one more day on that beautiful island.

Ron H. It is a testament to America's core values and the oppression elsewhere in the world that people would risk their lives to come here.

And it is beyond comprehension that some would kill themselves and innocent people to attack this nation...but they do.