The Bad Apples of Congress 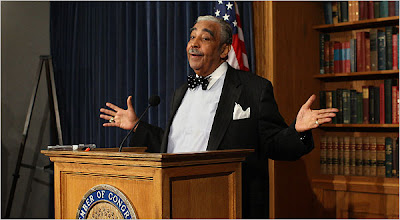 Perhaps the most famous quote about power was Lord Acton’s in an 1887 letter to Archbishop Mandell Creighton. “Power tends to corrupt, and absolute power corrupts absolutely.”

The writer, David Brin, extrapolated on this saying, “It is said that power corrupts, but actually it’s more true that power attracts the corruptible. The sane are usually attracted by other things than power.”

All of which raises the question of whether being elected to Congress corrupts those seeking or holding the power of high office or whether they are to be susceptible to being corrupted before being elected?

The most recent Congress and, indeed, those of the first decade of the new century, seem replete with some truly bad people.

Just a quick review of the decade’s Congressional miscreants includes:

February 2008: Rep. Rick Renzi, R-AZ, was indicted on charges of extortion, wire fraud, money laundering, and other crimes in an Arizona land swap that allegedly enriched him to the tune of thousands in payoffs.

2007 was a banner year in which Sen. Larry Craig, R-Idaho, was arrested in a bathroom sex sting in the Minneapolis airport. He pleaded guilty to disorderly conduct.

Former Rep. Bob Ney (R-OH) was sentenced to two and a half years in prison for trading political favors for gifts and campaign donations from lobbyist Jack Abramoff.

March 2006: Former Rep. Randy “Duke” Cunningham (R-CA) was sentenced to eight years and four months in prison for having collected $2.4 million in homes, yachts, and bribes.

Near the beginning of the decade in 2001 Rep. James Traficant (D-OH) was indicted by a federal grand jury on charges of tax evasion, bribery, racketeering, and obstruction of justice. Convicted, he was sentenced to eight years in prison.

On December 2, the House voted 333-79 to formally censure Rep. Charlie Rangel, (D-NY) for a series of House ethics violations. It was the first time in thirty years that the Chamber had censured one of its members.

Rangel had chaired the House Ways and Means Committee, the one that writes the tax laws you and I are charged, under law, to obey. In March he stepped down after in a separate case it was found that he had improperly allowed corporations to finance two trips to Caribbean conferences. This is a fairly common infraction.

Rangel likes the Caribbean. It turns out that, for seventeen years, he had cheated the Internal Revenue Service by failing to pay taxes on income from his rental unit in a Dominican Republic resort. For a decade he filed misleading financial disclosure reports, neglecting to mention hundreds of thousands in assets he owned.

On top of that, he set up a campaign office in a Harlem building where he lives, despite a lease that specified the unit was for residential use only.

Rangel’s defense was, essentially, that all these matters were far too complex for him to understand. I repeat, he was the former chairman of the House Ways and Means Committee. In the end, he blamed his staff, the ultimate cop-out.

Need it be said that his constituents in Harlem recently handily reelected him? It is said that what goes around, comes around, and Rangel had defeated Rep. Adam Clayton Powell, a formerly powerful member of Congress who also ran afoul of ethics charges.

Rangel has shown no real remorse other than that he was caught.

Rangel and others are the “bad apples” in Congress, a thoroughly human institution subject to all the frailties, failures, and fraudulent behavior of society in general, but it does seem to be a magnet for too many people trusted with too much power.