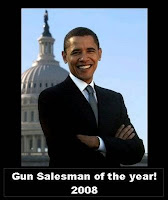 Watching President Obama turn his bad news into good news at his press conference and then reading the mainstream media turn facts upside down and inside out was, at best, bizarre.

The bad news, of course, is that since 2009 when he took office everything he has done to reverse the unemployment numbers has been a failure. The so-called Stimulus Act was nothing more than a Democrat pork-filled waste that only served to increase our insane national debt.

The Cash-For-Clunkers program had only short-term results and removed cars that lower-income citizens might have been able to purchase as previous-owned cars from the auto marketplace. The government seizure of General Motors and Chrysler has kept auto union workers on the job with the same contracts that led to the company's initial failure.

Both the President’s and Congress’s approval rating are, respectively, either in decline or setting new low records. In November, the voters took away the Democrat’s control of the House and narrowed it significantly in the Senate.

As Donald Lambro noted in the December 22nd edition of The Washington Times, “The dominant liberal media culture has spun the last days of the Democrat’s lame-duck Congress into an unbroken string of legislative victories for President Obama.”

After ignoring the extension of President Bush’s tax cuts for two years and trying to exclude “the wealthy” from them while also trying to pass another 2,000-plus page “porkulus” bill that was withdrawn, the President brayed about “bipartisan cooperation” that was nothing more than a stinging defeat for his quest to bankrupt the nation still further.

President Obama has not shown the slightest indication of partisanship since he took office, replying to any Republican recommendations by saying “We won.” After a massive march on Washington to protest Obamacare, he staged a lengthy conference with Republicans that put his disdain and contempt for them on full display, including a slap-down of former GOP presidental candidate, John McCain.

The passage of Obamacare was a legislative abomination involving bribes and arm-twisting that succeeded only because of a Democrat majority in Congress. The immediate administration response to it was to issue “waivers” to avoid a healthcare insurance catastrophe.

The lame duck session was nothing more than a desperate effort to achieve for Democrats what they had either ignored or failed to get during the execrable full session of the 111th Congress.

Crowing about the passage of the “Start” treaty with Russia ignored the fact that both signatories to the treaty can withdraw at any time that circumstances require it. Looks good on paper, but it is essentially meaningless in an era where North Korea has nukes, Pakistan has nukes, and Iran is desperately attempting to make its own nukes. It does little to ward off the potential use of nuclear weapons at some point and limits U.S. defensive measures.

“The one thing I hope people have seen during this lame duck,” said Obama is “I am persistent” and that, my friends, is the really bad news.

Obama still intends, if possible, to grant amnesty to millions of illegal aliens, nor shows any indication of doing much to protect our wide-open southern border with Mexico. Who gets the blame for that in Obama-Speak? Correctly, Americans who purchase drugs and, incorrectly, the entirely legal sale of guns for self-defense. Indeed, those sales have soared since he was elected President due to well-funded fears that he regards the Constitution as consisting of “negative” limitations on the government.

Coming in 2011 will be an Obama sanctioned effort by the Environmental Protection Agency to do an end-run around the Constitution to impose an utterly false regulation of carbon dioxide emissions in the name of a global warming that has been exposed as a hoax and fraud. It would kill what is left of the economy.

Meanwhile, Obama has stopped any exploration or extraction of oil offshore of U.S. coasts and, of course, in the Gulf of Mexico. He has maintained a war on coal mining since day one in office despite the fact that it provides 50% of U.S. electricity needs.

So what part of the President’s “season of progress” is real?

Moody’s the bond rating service is hinting it may downgrade U.S. securities. The Federal Reserve is printing money with which to buy the debt. The jobless rate continues at the same rate it has been for the past two years. Home foreclosures continue apace. Some twenty U.S. States have filed court cases to stop Obamacare from being enforced.

Up is down. Black is white. This is how the bad news of the first half of Obama’s first and only term in office is spun by a compliant liberal news media while the majority of Americans have largely rejected the stuttering, hesitant babbling of the worst President in the history of the nation.

Yep, black is white and white is black. And, as predicted in the holy bible: good is considered evil, and what is evil is considered good (e.g. abortion, testing on embryos, euthanasia, homosexual acts and marriage). What can we do? Well, the only thing we have to decide is what to do with the time that is given to us. The rest is up to God.
Merry Christmas Allan, and ad multos annos!
Ed

I see on the news today that EPA has indeed made its "end run". Bad news indeed, with no way to stop them.