Putting the Lie to Climate "Control" 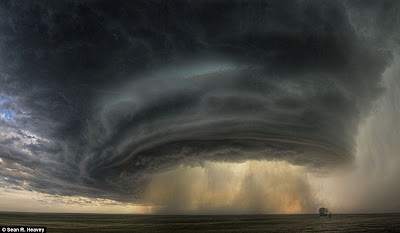 Anyone who thinks that man controls the climate should take a look at a number of photos taken by a gentleman living in Montana. The photos are featured in an article in the Daily Mail, a London newspaper.

Meanwhile, in Cancun, Mexico, thousands of delegates to the latest round of the talks about the UN Kyoto Protocols, demanding limits on greenhouse gas emissions, i.e., the use of any and all energy, are trying to figure out how to steal billions from industrialized nations and transfer them to those that have not kept pace with the rest of the world.

Ironically, Japan has announced it will no longer participate in the Protocols, followed by a number of other nations.
Posted by Alan Caruba at 9:18 AM

If America had leaders with testicles, we'd drop out of this scam too...