Some of My Favorite Billboards

The following billboards began to pop up shortly after it became obvious to most people that Obama was some kind of terrible mistake that a majority of the voters made in 2008. This being America, they began to express themselves in many ways from town hall meetings to mass marches on Washington, D.C., to some wonderful billboards. 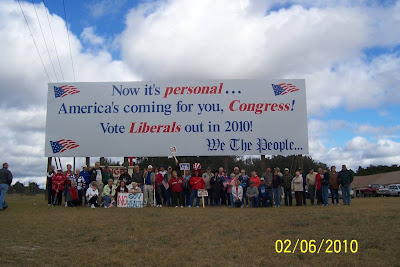 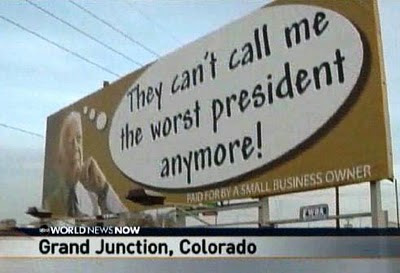 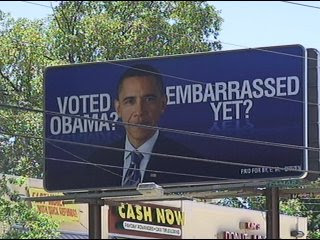 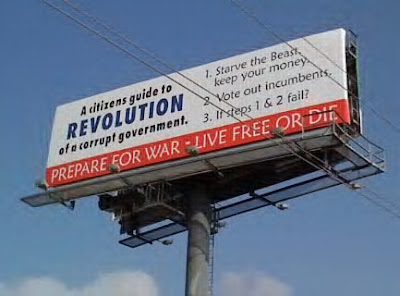 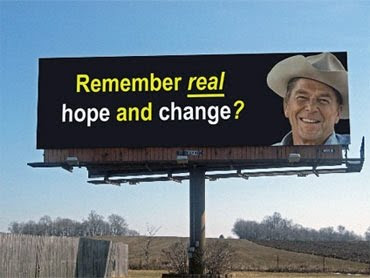 He was the best president since Lincoln.

I hope we don't have to wait a hundred years for another great one.

Reagan was exactly what America needed, and still has need of.

"Government is not the solution to our problems, government IS the problem"

So it was then, and so it will always be.

@Larry: Along the same lines of what George Washington said, "Government is a dangerous servant and a fearful master."

As I've said many before, "Great minds think alike."