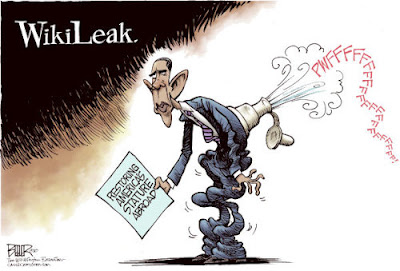 With the two-year anniversary of the Obama administration coming in January, combined with the results of the midterm elections and the plunge in the president’s approval polls, it’s worth taking a moment to look at just some of the almost daily blunders of Barack Hussein Obama.

Chief among them must surely be the way he has engineered a down-to-the-wire problem regarding the extension of the Bush era tax cuts and then blamed the GOP for the Democrat’s failure to admit the obvious; raising taxes at this time would harm the economy. He has literally held all taxpayers hostage and, as of this writing, the issue is still not resolved in Congress.

As Henry Lamb, the chairman of Sovereignty International, noted just before Obama was sworn into office, “Much of the world sees Obama not simply as the first black president, but as the first president to accept global governance to be more important than U.S. governance. His Berlin speech last July promised ‘a new global partnership’ and a new ‘global commitment’ to ‘save the planet.’”

It’s not as if Obama did not signal his intentions. His inaugural speech on January 20, 2009, laid out the path to the present crisis of confidence that caused voters to transfer political power in the House to Republicans and narrow the Democrat control of the Senate.

“We will harness the sun and the winds and the soil to fuel our cars and run our factories.” He promised to “roll back the specter of a warming planet.” The former is absurd, the latter was a lie.

Obama has overseen the diversion of billions in subsidies to wind and solar farms, and biofuel producers. The global warming hoax was exposed in November 2009 when thousands of emails revealed that the scientists involved had rigged the data to support it. European nations are slashing their subsidies to these alternative energy producers who managed to run up everyone’s electric bill.

In a February 2, 2009 opinion published in The Washington Post, Obama announced his “recovery plan” saying, “With it, we will create or save more than three million jobs over the next two years, provide immediate tax relief to 95 percent of American workers, ignite spending by businesses and consumers alike, and take steps to strengthen our country for years to come.” Currently, the official unemployment rate is 9.8%, but an estimated 20 million Americans are without work.

The Stimulus bill has since been shown to be a failure in many ways, not the least of which is the cost of the interest to be paid on the billions borrowed to implement it. Housing foreclosures continue apace. The promised jobs did not materialize and those that did cost hundreds of thousands of dollars each. Many were temporary.

If domestic policies rapidly proved to be a failure, Obama’s foreign policies were no less. Still advocating a two-state solution to Israeli-Palestinian peace, Obama has rejected any support for the only real ally America has in the Middle East, Israel, evoking a response from Bibi Netanyahu, its Prime Minister, that “Jerusalem is not a settlement.” No surprises here because after six decades there has been no progress in securing Palestinian cooperation.

Virtually unreported, the Obama administration authorized $20.3 million be given as “migration assistance” to Palestinian “refugees” and “conflict victims” in Gaza, thus facilitating the importation of potential Islamic terrorists into America.

By March 2009, pollsters Douglas E. Schoen and Scott Rasmussion reported that “Polling data show that Mr. Obama’s approval rating is dropping and is below where George W. Bush was in an analogous period in 2001. It continues to head south.

The blunders continued on a weekly basis. There was the proposal to shut down Guantanamo, the closing of CIA interrogation centers worldwide, and hints that 9/11 perpetrators would be given civil, not military, trials. A recent civil trial of a terrorist involved in the bombing of the U.S. embassy in Nigeria came within one count of acquitting him on all charges.

By July 2009, columnist Patrick J. Buchanan warned that “Obama’s first budget will consume 28 percent of the entire GDP; state and local governments another 15 percent. While there is some overlap, in 2009, government will consume 40 percent of GDP, approaching the peak of World War II. The deficit for 2009 is $1.8 trillion, 13 percent of the whole economy.”

Questions about the “czars” appointed to guide U.S. policy were being raised because many appeared to have more power than the President’s cabinet. There was a California water czar, a car czar, a climate czar, a domestic violence czar, a Great Lakes czar, a pay czar, a Sudan czar, a technology czar.

A green jobs czar, Van Jones, had to resign when it was revealed he was a communist. Perhaps the worst, Carol Browner as an energy and environment czar, was formerly a member of the Socialist International’s Commission for a Sustainable World Society. Along with EPA director, Lisa Jackson, she is leading the effort to regulate carbon dioxide “emissions” despite the fact that planet Earth generates the vast bulk of CO2 and it is essential to all plant growth and thus all life on Earth.

By the end of his first year in office Obama had offended the Queen of England, bowed to the King of Saudi Arabia, praised the Marxist Daniel Ortega, endorsed the Socialist, Evo Morales of Bolivia, and told the Mexican president that violence in his country was the result of Americans buying illegal drugs and selling arms to the cartels.

By June 2010 the Wall Street Journal was reporting that “Americans are more pessimistic about the state of the country and less confident in President Barack Obama’s leadership than at any point since Mr. Obama entered the White House, according to a new Wall Street Journal/NBC News poll.”

It was Obamacare that finally turned many Americans against the Obama presidency. It represented the government takeover of one sixth of the nation’s economy and the destruction of the patient-doctor relationship. Despite almost universal opposition, it was forced through the House and Senate. The midterm elections in November translated opposition into a historic loss for the Democratic Party.

The political pundits are now openly talking about Obama being a one-term president or calling for Obama to announce he will not run for office in 2012. The question remains whether the nation can survive two more years of a president so prone to blunders, bad judgment, and an ideology opposed to economic growth and national sovereignty.

So far, there's not too much that can't be undone, but as you say, 2 more years under this blundering dunderhead may prove too much for America to bear...

Obama was a failure going in, WE knew it, WE tried to tell people BEFORE he was elected, that's why I don't feel the least bit guilty about bashing him now...

Fred: I think Obazo will give Jimmy Carter a run for his money when it comes to worst president ever.

Alan, fully agreed, in many ways, he already has...

Good Lord!! All that you mentioned is in less than 2 yrs. of his administration.

Where is the outrage? Another 2 yrs. could be too much for America. In fact, just read a new book that's a thriller about Americans who actually take a stand against tyranny. Fiction, but it's small enough for me to give out as a gift this holiday (can't afford much this yr. - thank you Mr. Obama). It's a great read.


I want to see a list of Obama lies cause it won't be the conservatives who'll enjoy it but the liberals who are all mad at him. Great article! Thanks.