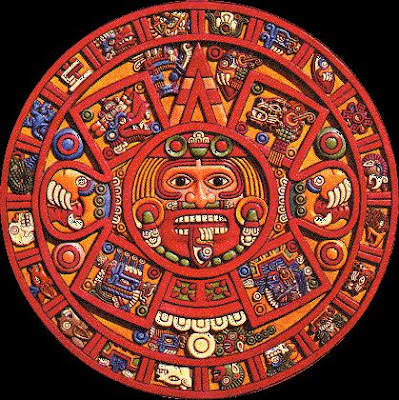 There is no religion, past or present, that has not generated an End Times prediction. As the year 2011 begins, you can be sure that the media will begin to fill up with articles about the Mayan calendar prediction that the world will end on December 12, 2012.

There are two very good reasons to ignore this prediction. The first is that the Earth is 4.5 billion years old! The second is that the Maya civilization no longer exists, having achieved its peak around 900 A.D. and was in decline thereafter until the arrival of Spanish conquistadors in the late-1500s finished it off.

Recently there was a news item about James Byron Birkhead of Owensboro, Kentucky, who, after seeing the movie “2012”, became so frightened that he began to create a bomb making factory in his home to protect his family. When welfare workers visited his home to check on his 12-year-old daughter, they heard of his plans and notified the Bureau of Alcohol, Tobacco, and Firearms. They paid him a visit. Making bombs in your kitchen is as likely a way to put an end to your own world as any other.

We live in a world of real and utterly false threats.

World War Two ended in a cataclysm of violence unleashed on the world with the invention and use of two atomic bombs. The world since then has had to deal with the acquisition of nuclear weapons by large powers and small. I grant that human nature suggests that, sooner or later, some nation will use them. It will not, however, exist as a nation for too long after that.

Since the 1980s, the chimera of “global warming” has existed to enrich those who heralded it and as the platform for the transfer of trillions from wealthy industrialized nations to those that have failed to keep pace with modernity. The reason for the latter is because they are ruled by predatory criminal thugs or because, as in the case of the Middle East, Islam has resisted change since its arrival in the seventh century A.D.

There is no “global warming” of the kind described by heads of state, deceitful scientists, and, in particular, the United Nations where the hoax was originated. The recently concluded UN conference on climate change all but abandoned the hoax while advancing its one-world government agenda.

There is no “global warming” because the Earth is a decade into a predictable and natural cycle of cooling, not unlike previous ones, but one which may signal an equally predictable new ice age. The interval between the Earth’s previous ice ages has been 11,500 years and we are at the end of the current interglacial period.

All that passes for civilization has occurred during the last 11,500 years. Humans spread across the face of the Earth. Empires have come and gone. Wars, large and small, have been fought and in the past century nations became locked in a struggle between capitalism and communism, the former offering opportunity and freedom while the latter offers only slavery to the dictates of the state and the oligarchy that runs it.

Dating back to the earliest origins of mankind, religions emerged. Central to the monotheistic religions has been a theme of violence. Judaism sprang from the story of Abraham sparing the life of his son Isaac whom he was prepared to sacrifice until God interceded.

Human sacrifice is believed to reach back to the earliest days of humanity and the tribes fashioned for hunting, agriculture, commerce, and conquest. As they grew into cities and states, expansion was determined by wars sanctioned by their various gods.

In a forthcoming book by the historian James Carroll, “Jerusalem, Jerusalem: How the Ancient City Ignited our Modern World”, he traces the marriage of faith and violence in Judaism, Christianity, and Islam.

Though it will please no one to admit it, Carroll notes that “the Old Testament contains six hundred passages that speak of bloody killing, by everyone from kings to empires. War—not sex, love, faith, kindness, or worship—is at the center of biblical life”, adding that the “Christian scriptures themselves are also drenched in blood.”

Just as the Mayans concluded an End Time could be predicted, the Book of Revelation, also known as the Apocalypse, revels in hallucinatory visions of the Four Horsemen, war, famine, plague, and death.

The Shiite sect of Islam has a comparable story of a Twelfth Imam who can only return after the world has been in a period of chaos, war, and pestilence. It is, for the Iranian ayatollahs governing their prison kingdom, an act of devotion to bring about such a period and an Iran that possesses nuclear weapons promises to do just that.

A 2007 book by Lawrence E. Joseph, “Apocalypse 2012”, examined the Maya prediction along with the creation myths of people throughout the world. He concluded that “doomsday has a profound if unspeakable allure for those who are unhappy with themselves, their society, their Maker. It’s a form of vicarious revenge that anyone can take on life’s unfairness.”

Life is, however, often unfair. Politicians offer utopian systems and schemes that promise fairness, but can never deliver because it is ultimately unobtainable. As for the various faith systems, their histories are stories of war, of scapegoating, and of an End Time myth that promises a better world.

It is just my opinion, but only mankind can make a better world and it must do so on a lonely planet hurtling through space toward an ice-covered age; a humanity in the grip of natural forces over which it has no control.

I respectfully submit that most intelligent people already know this.

That said, one cannot ignore certain scientific points such as the Sun has been silent (Sun Spots) past it's normal 11 year cycle, past meaning as of right now approx. 3 1/2 years which would bring us to right around 5 years in 2012.

Now a burst of stored up energy from the Sun due to this could very well disrupt at a minimum entire satellite systems worldwide which most if not all the world depends on everything from cell phones to naval navigation, military or commercial (GPS). Just imagine that scenario; Limited if non-existent communications, slowing if not halted food distribution and absolutely no defense.

Worst case scenario on on that (no atmosphere, game over).

Another scientific point that is widely known (NASA) is that, again our Sun, is on course (2012) to line up on a parallel axis to the center of our Galaxy (Black Hole). Now there is no recorded history at all of such an alignment (or if there was, it was lost in history) so there is no telling what effect this will have on our Solar System , let alone Earth itself.

Could the latter bring about the former? Who knows, but the timing is at least worth a mention.

Now I am a Christian (not attached to any man-made religion) so I do believe that the world will end but in the sense an ending to as we know it to be now, meaning how humans interact with each other.

So could those two scientifically proven facts change the way humans interact, most definitely!

Worrying about the end of the world is, in my opinion, pointless. If the world ends it ends. We are still quite the grenade target as the saying goes. If so then mankind and every other life form on this rock will pass from existence as if nothing more than a passing thought in the consciousness of the universe (Assuming it has one).

For all of mankind's struggles and violence, we still have the ability from time to time to be such things as noble, honorable, kind and quite clever. For this reason I still love mankind despite the problems. I sincerely hope mankind survives to reach the stars.

As for a utopian society, which I define as everyone having everything they need and most of what they want, who wouldn't like that to be a true reality. It may very well be unobtainable. At a minimum it will take virtually unlimited resources for it to happen. Until technology gives us that there's just no chance. I see the mind set of the left as the ultimate expression of "I want it now!!". The best way to even approach a level of technology needed to achieve their goals of utopia is the very free market system they scorn. A system that launched the USA from a breakaway colony to the most powerful and highest living standard country on the planet. And it accomplished it in under 200 years. So as far as utopia is concerned we'll just have to wait. I'm afraid that you can't skip to the end of the journey without walking the steps in the middle.

So if the end of the world comes I just hope I'm enjoying the company of my family and friends with a beverage in hand. I'm not going to lose any sleep worrying about it. A beverage sounds good about now.

I realize that I'm quite behind the times here in replying to this post, but that's my life. Sometimes it takes me a few weeks to catch up on all your posts...but I always do!
In reply I have to say that with regards to any and all potential end-of-world scenarios, I'm glad that I can simply fall back on my faith, rather than fear. Some (perhaps many or even most) may scorn my "lack of intelligence" being that I can trust an uncertain future in the hands of God, but I'd choose this reality any day over panic at all the possibly chaotic & frightful ends to our history here on earth. In my mind, I can't wait for it all to end...I'm praying for it. Then I will be going home.

@Rachel. Faith is useful and a comfort, but you are "home" as here on Earth, the place of your birth. We are all an astonishing collection of atoms, but it's all star-stuff, the elements of life.