Obama has a Very Bad Day 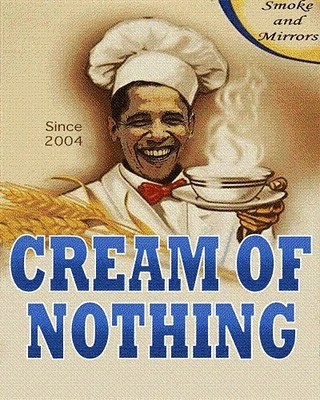 “Jan 31, 3:10 PM (ET) - PENSACOLA, Fla. (AP) — A federal judge in Florida says the Obama administration's health overhaul is unconstitutional, siding with 26 states that had sued to block it. U.S. District Judge Roger Vinson on Monday accepted without trial the states' argument that the new law violates people's rights by forcing them to buy health insurance by 2014 or face penalties.

And, well, when 26 States all say that a law passed by Congress and signed by the President is unconstitutional, the chances are it is.

When you combine that with the House of Representatives’ call for its repeal, even Democrat Senators (particularly those facing reelection in 2012) are going to think twice about voting against repeal when it gets to the Senate floor.

President Obama is just two years into his first and last term, looking more and more like Jimmy Carter every day, courtesy of the mobs in the streets of Cairo.

For two years he threw trillions of OUR dollars at “stimulus” legislation to generate jobs and failed. Now the most central piece of legislation for him, former Speaker Pelosi, and Harry Reid has been ruled unconstitutional.

There is no way Obama can breath life into that horrid overhaul of Medicare that pulled trillions out of it while adding millions more Americans to it. No where in the Constitution does it say that the government can require you to buy insurance, a hamburger, or even a lottery ticket.

Moreover, as various entities examined Obamacare, it became increasingly clear that it was a monstrosity filled with mandates that would end up killing people who didn’t have months to wait around for an operation or waiting to see the increasingly fewer physicians it would force to leave the profession for lack of adequate compensation.

It is now clear to everyone that Obama was and is totally unsuited and unprepared to be President. Now watch the issue of his real place of birth move to the center of the stage.

The U.S. can survive a “President Biden”, but Obama should never have been let anywhere near the Oval Office.

Not a good day for the Democratic Party. A really awful day for Barack Hussein Obama.

Mr Caruba,
Thank you for your article and all others as well...
Obama's bad day is the best news for me in weeks or even months!
:)
ever since I heard about a senator I couldn't grasp his name for days...
asked my daughter dozens of times: 'bara-who'?...
my feeling was right...should have been 'bahamba' ..
The whole Obamacare deal is toxic from the very beginning...I remember listening to CNN...while I was cooking...and the reporter was commenting with a football game enthusiasm, how Pelosi was
"working" in the final hours on two democrats to get the necessary votes...
'so we can read it after we vote for it'...
famous saying...
it would be funny if that wouldn't be the truth...
obama and his pack of trolls makes me feel like I am at a movie theater watching "101 Dalmatians"
...

Speaking of place of birth: there was this reference on the Drudge report recently to an interview with a guy who had alledgedly spoken to the governor of Hawaii, indicating that such governor had confirmed that there was no birth certificate anywhere to be found. You would think that this would have set off a firestorm of questions and inquiries, no? Is this guy lying? Who is he? Did he really speak to the governor? Does the governor confirm this story? After all: if it was a lie, it would only benefit our Pravda Press to look into it, right? But noooooooo, total silence. What country do we live in? The USSR?
Ed

In his mind, Obama thinks he's a very successful president because, thanks largely to his efforts, the country is bankrupt, the economy in Depression with record unemployment, a revolution brewing in the Tea Pot, and America a laughing stock overseas.

Yes, most Americans understand that in traditional terms Obama has crashed and burned as president.

What they have yet to discover is that these are not his standards.

Obama's standards are Marxist-Leninist and under those guidelines America is the major roadblock on the road to a socialist utopia for the world that must be destroyed.

This is the reason why Obama has the admiration of the Communists of the world.

Ronbo - Obama is a delusional MORON, and we are paying the price...

@Eddy
the whole Hawaii deal stinks to high heaven!!!
and birth place of obama is in question for various reasons...
please know I am not a scholar on any of it....more like a jack of may trades , master of none!..
:)
...my late son-in-law was extremely well educated and many times I was telling him he should run for a president!...
and he was telling me he can't because he was born to American/French parents...
...on a course of 12 years being associated with his family (half of them a high power lawyers)and the common political discussions taking place on various family/friends gatherings I got the impression that a president of the United States of America must be born to both parents as American citizens...
...I guess that is not the case anymore...
...but what I know!?...
...aside of whatever we have in the Oval Office does not belong there!!!!

Your comment on Obama reminds me of this joke I received in an Email: