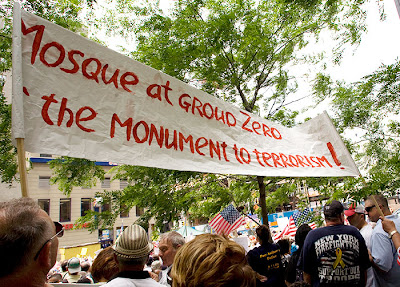 The Holocaust of the last century is remembered for the mass murder of Europe’s Jewish population, an estimated six million who perished. In total, an estimated eleven to seventeen million Europeans, Jews and Christians, died in the Nazi concentration and death camps or were murdered outright in their homelands.

Records were lost or didn’t list religion, but the lesser known story of the Holocaust was the death of millions of Christians, three million of whom were Poles, predominantly Catholics, killed by the Nazis for being Poles. They have a special place in Jewish history because many Poles, risking immediate execution if caught, were among the “righteous Gentiles” who were rescuers of Jews.

I cite this because there is a new Holocaust abroad in the world and it is directed at Christians, particularly in the Middle East and throughout Africa, wherever Islam is the dominant religion. Nor is this is a new phenomenon; Christians were widely persecuted under the Ottomans (Turks) when their empire encompassed much of the Middle East.

It is clearly manifesting itself again and to far too little notice.

Let it be said, too, that Islam is an equal opportunity enemy of all other faiths as was seen in the 2008 attack in Mumbai, India, that included India’s tiny Bene Israel Jewish community. The conflict between Islam and India’s Hindus goes back centuries and resulted in the creation of Pakistan as a separate Muslim state when India gained its independence.

Why has there been so little consistent coverage of the on-going attack on Christians? This is especially curious insofar as it is estimated that there are more than two billion Christians worldwide, about a third of the global population. Perhaps it has something to do with the fact that they are the victims, not the perpetrators of this horror.

Today thousands of Iraqi Christians are fleeing to the comparative safety of the Kurdish area and other countries. Indeed, many Americans are unaware that much of the U.S. Arab population is, in fact, Christian, not Muslim.

In mid-December, The Telegraph, a London daily, reported that “some 1,000 families, roughly 6,000 people, have arrived in the northern Kurdish areas from Baghdad, Mosul, and Nineveh” according to the U.N. High Commissioner for Refugees. “Several thousand have crossed into Syria, Jordan and Lebanon.”

Egypt is home to some twelve million Copts, otherwise known as the Coptic Orthodox Church. They have been in Egypt since 54 A.D. when St. Mark, a North African Jew, one of seventy apostles of the early church brought Christianity to that ancient land. The invasion of Muslims in 643 A.D created the inevitable adversity. On New Year’s Eve, there was a terrorist attack on the Coptic Church in Alexandria that killed 21 parishioners.

Copts have been routinely targeted for all manner of abuses and, unsurprisingly, Egypt is the epicenter for anti-Semitism in the Middle East. Officially the Arab Republic of Egypt, it has been ruled by President Hosni Mubarack since 1981. By contrast, the U.S. has had six presidents since then.

Boutros Boutros-Ghalli, a Copt and former secretary-general of the U.N., is president of the National Council of Human Rights in Cairo. In a Jan 21 article in the Wall Street Journal he cited Egypt as “a model of religious tolerance in the region” and noted that “thousands of Muslims gathered around churches across the country (on Jan 6, the eve of the Coptic Christmas) to act as human shields, protecting their Christian neighbors during their Mass.”

The exodus of Christians from the Middle East and incidents in African nations where an estimated 40% of the population are Christians speaks to the persecution that has spread everywhere before and since the rise of the Islamic Revolution, sparked by events in Iran in 1979. This has since led to the creation of Hezbollah and Hamas, two Iranian proxies. Al Qaeda, created to expel the Russians from Afghanistan, has been the tip of the Islamist sword, perpetrating 9/11 and other attacks worldwide.

The persecution historically directed against Judaism is now commonplace in its more lethal manifestations against Christians. Since the Old Testament is part of the Christian liturgy, an attack on Jews is an attack on Christians and vice-versa.

The post-war rise of secularism in Europe, along with demographic shifts in which large numbers of Muslims have taken up residence in European nations is having its affect on both Christian and Jewish communities there.

In America, the denigration of Christianity it is less visible and is not by definition persecution. A majority Christian nation, America has been experiencing a rise in efforts to diminish the acknowledgement of Christianity’s role in the nation’s history and by efforts to limit Christian symbols, prayers, and even the celebration of Christmas in public institutions and places.

Slowly, American, European and Christians worldwide are beginning to realize that they are locked in a religious war. It is a war that Christianity must engage. The silence of church leaders is no longer an option. It is a war between the 7th century and the 21st century.

It is a misnomer to call it a “war on terror.” Terror is a tactic, but this is a war against Islam because Islam has been at war with all other faiths since its inception.

In New York City, when Muslims seek to build a mosque within steps of Ground Zero, they are simply exalting the atrocity of 9/11. It begs the question why its confessed perpetrator, Khalid Sheikh Mohammed, has not, ten years later, been brought to trial.

The Twin Towers were a powerful symbol of the American culture, destroyed by forces of Islam. Of course the Muslims want to construct a mosque on that site, a symbol stating that American culture was conquered at that particular site.

Whether we like it or not, Islam is at war with all other religions/cultures, including our American culture and Christianity and Judaism just as it has always been.

When the followers of Islam have little in the way of superior force, they bide their time, until their enemies weaken, and then renew their use of force when they are able to do so effectively.

I personally believe in no religion, including the religion of atheism. All Christians and Jewish people, followers of other non Islamic religions and pagans, non-believers and atheists alike had better wake up to the fact that all of us together have a deadly and mortal enemy, which is the followers of the religion of Islam.

WOW!
Thanks for posting this!!

If there is anyone that can't accept the FACT that Islam is an enemy to every man woman and child on this earth, including *other* Muslims, I feel very sorry for them and their ignorance and/or naïveté.