The Difficulty of Predicting the End of the World 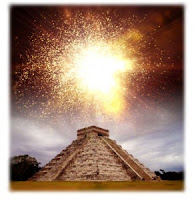 I am beginning to feel sorry for Pastor Harold Camping who predicted the end of the world would occur on May 21, 2011 and, when it didn’t, predicted that it would end on October 21 instead. Oops.

The fact is that men of varying theological and astrological inclinations have been predicting the end of the world for a very long time. Predictions can be found in Hindu, Taoist, Scandinavian, Jewish, Christian, and Muslim eschatology—the branch of theology that is devoted to final events.

There is brief mention of it in Jewish literature but the term “messiah” referred to a human leader who would lead the Jews out of bondage and unite the nation. The most famous is Moses in the story of Exodus until Christians adopted the belief that Jesus was, in fact, the messiah and would return. Similarly, the Muslims adapted this to refer to the Twelfth Imam, a mythical figure whose return would be hastened by all manner of earthly death and destruction.

The very fact that all major faith systems have some version of a messiah or an end of the world story suggests that the fear of this event is deeply imbedded in human psychology and no doubt is related to the fact that we all die at some point. Conveniently, most religions have their version of what will occur when that happens and usually have a destination such as heaven or paradise for those who have lived moral lives and hell for those who have not. A Hindu gets to come back, but must dodge doing so as a cockroach.

The most famous prediction is the Mayan one that predicts December 21, 2012 as the end of the world. Technically, the calendar began on August 13, 3114 BC and the cycle it asserted ends in December 2012. Its longevity is testament the fascination that the Mayan calendar has evoked. Need it be said that Mayan civilization is no more, so in that sense it was accurate, but off by several thousand years.

In its most basic terms, the end of the world ends for every one of us when we die. Human vanity, being what it is, most of us can barely conceive of the world without our being in it. Some religions preach that we should embrace death and an afterlife while others, more pragmatic, suggest we make the best of the one we have in the here and now.

Shakespeare’s Hamlet, in the course of his soliloquy about suicide refers to “the undiscovered country from whose bourn no traveler returns” while Macbeth laments, “Tomorrow, tomorrow, and tomorrow creeps in this petty pace from day to day to the last syllable of recorded time” concluding it is “a tale told by an idiot, full of sound and fury, signifying nothing.” The Welsh poet, Dylan Thomas, said we should “Rage, rage against the dying of the light.”

We are besieged by scientists who keep telling us that a stray asteroid could destroy the Earth by randomly colliding with it out of the great vastness of space. Others content themselves with calculating when the Sun will go supernova billions of years hence. Then there are the known extinctions that coincided with magnetic reversals.

In the1970s the United Nations climate clowns cooked up a huge hoax about global warming which has gone awry thanks to another completely predictable and natural cooling cycle that began in the late 1990s. That has not prevented the UN from trying to assert complete control over the world’s nations and their populations by scaring them into believing yet another end-of-the-world scenario.

For the record, a predictable new Ice Age is on its way, due to begin any day now since the last one ended about 11,500 years ago. When it does arrive, its affect will be swift and play havoc with the northern hemisphere. Meanwhile, winter around the world is becoming harsher in duration and effect.

Lawrence E. Joseph undertook “a scientific investigation into civilization’s end” in “Apocalypse 2012” published by Morgan Road Books in 2007, concluding that the Mayan calendar is a poor guide to the end of the world. “I think doomsday has a profound if unspeakable allure for those who are unhappy with themselves, their society, their Maker. It’s a form of vicarious revenge that anyone can take on life’s unfairness.”

“At any given point in history,” Joseph wrote, “there has always been a chorus of eccentrics predicting the end of the world. If only so much of the information about 2012 did not violate one’s sense of intellectual decorum: prophecies from Mayan shamans, interstellar theories of obscure Siberian geophysics, ruminations of South African psychics, and decrees of kabbalist rabbis.”

“Indeed, no single source, no matter how persuasive, could or should move one to seriously ponder the imponderable of the world tumultuously metamorphosing in 2012.”

With luck, if we are not struck dead by lightning or a sixteen-wheeler whose driver has fallen asleep at the wheel, the victim of an Iranian nuclear bomb, plus a multitude of other ways to shuffle off this mortal coil, we shall be around on December 21, 2012.

Nobody gets out of this world alive.

In the event of a WORLD ENDING EVENT, I won't be blogging that day, nor will I be answering the phone or emails..

This would make a good song and video":-)

Thank you, Prodical Daughter. Have you signed up as a "member"?