When early humans got the hang of walking upright, the first thing many did was to walk out of Africa and, eventually, to all parts of the Earth from Asia to Europe, to North and South America, proliferating into different races.

Always restless to see what was over the horizon, they populated continents. There will shortly be seven billion of us on planet Earth, an extraordinary number and one with considerable consequences regarding issues of food, water, housing, transportation, trade, and energy. 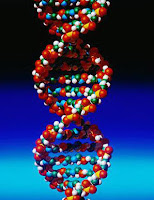 In terms of our DNA, we are all one big family, closely and uncomfortably related to chimpanzees. A look back at the past five thousand years we call civilization reveals that, in addition to developing agriculture, building cities, and establishing trade, we have never stopped engaging in wars great and small.

In good times we reproduced like rabbits. In bad times, we gathered around the fire and hoped the food would hold out. Many packed up and went someplace else, anywhere else.

America is not called a nation of immigrants for nothing. Aside from the native tribes that were here for centuries, it was waves of immigration, first from Europe and then from everywhere else, that created the most unique citizen on planet Earth, the American. The lure was a fairly scarce commodity in the world, freedom and opportunity.

Anyone who takes an interest in demography, the study of the changes in age, birth and death rates, and racial identity, knows that the pressures of population and events cause people to move from nation to nation or, in our case, state to state. To an extraordinary degree migration has shaped history.

The United States is home to approximately 311 million people, natural born and immigrants, legal and illegal. In 2012, issues surrounding illegal immigration will be a factor in selecting candidates. The decision by Texas Governor Rick Perry to become a Republican candidate for President has required him to explain his state’s policies, but in truth many states are wrestling with growing illegal immigrant populations.

Data released by the Center for Immigration Studies (CIS) are extremely useful in understanding what is occurring now and how it will affect the future of America. It is culled from Census Bureau data.

Knowing how many people reside in the nation is incorporated in the U.S. Constitution, Article 1, Section 2. “(An) enumeration shall be made within three years after the first meeting of the Congress of the United States, and within every subsequent term of ten years, in such manner as they shall by law direct.” The composition of the House of Representatives depends on such information.

“The nation’s immigrant population has doubled since 1990, nearly tripled since 1980, and quadrupled since 1970 when it stood at 9.7 million.”

The U.S. is going to add “roughly 30 million new residents each decade for the foreseeable future.” Americans in recent times have been struggling with immigration policy in earnest since the 1980s, debating amnesty for those here illegally, struggling to deal with the impact of more children in our schools, the need for more housing, more congestion on our highways, crime, and more competition for jobs.

The CIS estimates that every ten years America will need to build and pay for 8,000 new schools. It will need to develop land to accommodate 11.5 million new housing units and construct enough roads to handle 23.6 million more vehicles.

By mid-century, racial and ethnic minorities will become the majority population in America. More minority babies are being born, outnumbering the white population which is aging. A look back tells us that, in the past, it was the Italians, the Irish, the Russians, the Germans, and others who were the “minority” populations.

Immigration and in particular illegal immigration will force Americans to focus on these changes. As governor of a major border state, Perry is correct when he says “the federal government has failed in its basic duty to protect our borders. States are forced to deal with illegal immigration issues.”

In 2010 Latinos accounted for 65% of Texas’s population growth over the past decade. They are excellent citizens, no less than previous immigrants who came here. There’s a bit of irony insofar as Texas used to belong to Mexico, but so did California and much of the Southwest. .

Predictably, some politicians will demagogue these changes, but the nation must address them in a sensible way recognizing that while we need to stem the illegal flow across our southern border, there is a wealth of brains and talent eager to legally immigrate to the United States from around the world and studies demonstrate they bring innovation and job creation with them when invited to share the American dream.

And then there is the reality of those who are already here. We cannot wish away millions of illegal immigrants. We cannot wish away their children. For now, the states affected are seeking their own solutions in lieu of the failure of a federal government that has not addressed border security in a serious way.

The issues surrounding immigration are as old as the nation and the world. People, as always, are on the move and a lot of them want to live in America.