What the NBA & the 'Super Committee' Have in Common 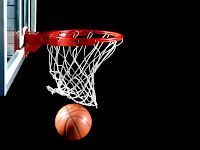 Considering that the National Basketball Association players individually make millions, it is hard to feel sorry for a bunch of guys who earn their living running back and forth trying to put a ball through a hoop.

Let me confess that I rarely watch any sport these days due to an extreme attention deficit problem brought on the by the endless commercials that interrupt the game. However, I am aware that the NBA and the players have reached an impasse in their negotiations. Their talks ended last Thursday despite or because of federal mediation efforts. Collective bargaining, as we have seen in Wisconsin and elsewhere, is an invitation to mayhem.

Here’s the problem. The league makes about $4 billion annually in revenue and the players who might otherwise be employed flipping hamburgers or washing cars want 52.5% of it. They previously wanted 53%. The league countered with an offer of 50%, up from 47%.

It happens that one of my friends is Jim Camp, an internationally known negotiation coach who has been coaching deals of every description for twenty-five years. He’s currently supervising one such deal that involves nearly a billion dollars. So he's been around the block when it comes to such things.

After reading about the negotiations in Friday's Wall Street Journal, I called him and asked what he thought and his response was that the talks will cost owners, players, and fans the 2011-2012 Season. That got my attention.

“Thanks to the conventional collective bargaining process, both sides are now mad at each other,” said Camp, “and unable to arrive at an agreement because ‘the other side’ is not doing what both parties believe they were supposed to do. Conflict is being created, not solved.”

“Once the season is lost and frustrations are lowered when both sides go home, they will realize that it was stupid, if not crazy, not to arrive at an agreement. Cooler heads will prevail, but under the current circumstances that is not possible,” said Camp.

How can grown men blow an entire NBA season over a few million? Camp put on his coach’s hat. “Based on the science of neuroscience, all negotiations are driven by emotion and not by the popular belief that facts are the driving force. That is the failure of bargaining.”

Warming to the subject, Camp pointed out that both sides hire lawyers to represent them. “How do lawyers get paid?” By the hour I replied. “Lawyers,” said Camp, “are paid to argue.” A light bulb went off in my head. The more they argue, the more they earn.

To those convinced that negotiation is more a game of chess moves than an effort to come to an agreement, that “mindset” dooms the effort.

Then Camp surprised me by comparing the NBA negotiations to those of the Congressional “super committee” that has been given the charge to find a way to cut $1.5 trillion from federal spending. According to some reports, they too are at an impasse. There would be no super committee if Congress took the issue of the budget and national debt seriously. Instead, it opted for automatic cuts to the budget if the committee cannot come up with a variety of cuts through a negotiation process.

“You can put money on the fact they will not find any common ground of agreement,” said Camp, “even though the current national debt exceeds $14 trillion dollars, an amount equal to the entire gross national product.”

It’s one thing for a bunch of basketball players and team owners to disagree over how to split revenue and quite another when the nation’s highest elected legislators are unable to come to grip with an insane amount of spending and debt.

Camp’s system is contrarian and spelled out in his 2007 book, “Start With No.” It is his view that if you arrive at any negotiation feeling needy and emotionally vulnerable, the guy on the other side of the desk is going to wipe the floor with you. If, however, you learn how to say no in a fashion that alters his mindset, conditions will be created for a mutually beneficial outcome.

My money is on Jim Camp!

Very interesting similarities between the NBA and the Super Committee that you and Mr. Camp pointed out. Seems to me that 'negotiations' is always a money grab. I suspect the majority of the NBA players helped to elect the current President. So when he says the millionaires and billionaires need to pay their 'fair share' I guess the players take him seriously. The translation there is the players might as well try to grab enough extra cash to cover their tax bill so they don't see a drop in their take-home pay. Nice deal if one can get it.

On the Super Committee, we know that all politicians are money grabbers; they invented the concept. So I imagine those 'negotiations' are about the Dems trying to load up their favorite government programs at the same time the Repubs are trying to load up theirs. The translation there is smoke & mirrors, spin, votes and re-election.

Government and the NBA (as well as sports in general) is collapsing under its own weight. The ever upward spiral of government spending and wages and ticket prices in sports is unsustainable. Apparently everybody in the 'game' knows it and has concluded they might as well grab as much as they can while the grabbing is good.

Whether it's government or sports, the tax payer and consumer (one in the same) gets stuck picking up the tab as always; or more appropriately, is left holding the bag.