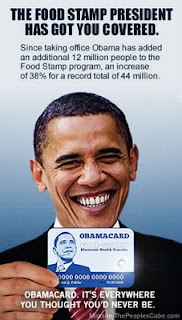 “We have lost our ambition, our imagination, and our willingness to do the things that built the Golden Gate Bridge,” said President Obama at a recent fundraiser in San Francisco.

Didn’t Obama know that the Golden Gate Bridge and the Hoover Dam to which he also referred were built in the midst of the 1930s Great Depression? And that, clearly, the people that built them had not lost their ambition or willingness to do great things.

What is the difference between those great construction projects and the building of the Freedom Tower that has now passed a decade in the effort to replace the destroyed Twin Towers? The answer is government at all levels from federal to local makes such projects difficult because of a matrix of laws and regulations, mostly environmental, that slow all enterprises in America today.

Well, let me correct myself. If you are building an utterly useless solar farm, utilizing solar panels made in China because it is too costly to make them here. Ditto for wind farms that even some Greens hate. Or if you are building electric cars that no one wants to buy. Then, yes, you not only get a federal multi-million dollar loan guarantee, but a lot of red tape is cut for you.

One is, of course, reminded of the unlamented Jimmy Carter who also had a low opinion of Americans, particularly those who used energy for any reason…like heating their homes in the winter.

There was a time when Democrat Presidents like Truman and Kennedy actually believed in their fellow Americans and said so. Even Clinton expressed confidence in us, but others like Carter and now Obama have been the great kill- joys, forever blaming their own incompetence on all of us, including those who voted for them.

I have long held the belief that Barack Obama does not like Americans. He spent the first year or so of his term going around the world criticizing America as the source of all the world’s ills.

Increasingly, the only audiences that cheer when the President shows up are largely composed of adolescents and union members. They either don’t know any better or are just happy to have a day off with pay.

And when a President shows up, he’s supposed to lift our spirits and inspire us. Except this one!

“Whatever we once were, we’re no longer a Christian nation.” Says who? We are a long way from becoming an Islamic nation with Sharia law replacing the Constitution. Say amen everybody!

“In America, there’s a failure to appreciate Europe’s leading role in the world.” Oh, you mean like the way Europe started both World War One and Two? Like the Europe facing a present crisis of sovereign debt that will collapse the European Union like a house of cards?

“We need to internalize this idea of excellence”, adding “Not many folks spend a lot of time trying to be excellent.” Like you? Did you get your latest polling scores by being excellent? And why have you gone to great length to ensure that no one can see your college grades? Or anything else for that matter.

“I would like to think that with my election and the early decisions that we’ve made, that you’re starting to see some restoration of America’s standing in the world.” Does that include the Standard & Poors’ downgrade of our credit rating for the first time in the nation’s history? Any more restoration like this and there won’t be enough electricity to keep the lights on.

The one thing we are willing—eager—to do is go to the polls in November 2012 and send this retard back to Chicago.

The only thing that keeps our Nation upright is our momentum. But we are slowing down, beginning to wobble like a top. To our shame, there will be tens of millions who will vote to continue this tyranny. Uneducated in the things of the Republic and voting this time to protect their ego. I run into them almost every day here in Santa Cruz and I'm beginning to lose my patience with their liberal mindset and their notion that everything will be just fine - no matter what.

These were my sentiments exactly when listening to Obama speak of "putting America back to work" and others of his meaningless platitudes.
The mayor of Las Vegas put it perfectly when he said Mr. Obama was a very...slow...learner.

The most socialistic rhetoric from an SOB that has NEVER held a real job in his life...

Obama has NO shame, and if America doesn't get its act together soon, the entire nation will be just like him...

Fred: Speak for yourself OLD guy! I intend to live long enough to see Obama run out of the country.

"To our shame, there will be tens of millions who will vote to continue this tyranny. Uneducated in the things of the Republic and voting this time to protect their ego ..."

I disagree. They will be voting to protect their gravy train. That is the root of the problem, and until we right that wrong, America's political and economic problems will persist ...