Yom Kippur 2011 for Jews and the World 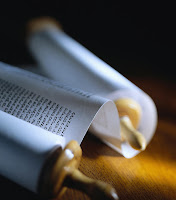 Ever since the Yom Kippur War in 1973 in which Egypt and Syria chose the holiest day in the Jewish calendar to attack Israel, I have always felt a frisson of concern as the day approached. For Jews it begins the evening of Friday, October 7, and continues through Saturday for a full day of prayer that ends with the ancient, inspiring expression of hope, “Next year in Jerusalem.”

Even in Jerusalem, they say “Next year in Jerusalem” because it confirms the faith’s enduring bond with the land of Israel that survived not one, but two destructions of their Temples there, exiles, and, in the last century, the Holocaust followed by a return to and rebirth of Israel as a Jewish state.

The Yom Kippur war was the fourth Arab-Israeli war, fought from October 6 to 25, and ending with decisive defeats of Egypt and Syria. What has always struck me most forcefully was the decision by the Arabs—Muslims—to choose Yom Kippur as the day of the sneak attack. It demonstrated Islam’s utter and complete contempt for Judaism, but it demonstrates its contempt for Christianity as well, for both Judaism and Christianity are theologically bonded together.

Among the early Jews to immigrate to Israel, other than the founders who came initially from Europe in response to its anti-Semitism, were an estimated 600,000 Jews who fled Middle Eastern nations under the threat of death when Israel came into being in 1948. Many had lived in those nations from biblical times. Now it is the turn of Christian Arabs to flee, if not to Israel, to anywhere else in a world, but it is the world itself that is threatened by the rise of fundamental and fanatical Islam.

Writing for Jihad Watch.com in late September, Raymond Ibrahim noted a recent report “that unprecedented numbers of Copts, Egypt’s indigenous Christian population, are emigrating from their homeland in response to the so-called ‘Arab Spring’.” The attacks on Copts and their churches have been mounting. It is anticipated that within a decade a third of Egypt’s Copt population will leave.

The threats against the Copts are mirrored throughout the Middle East as Christians immigrate from Iraq, Palestine, and Lebanon in search of refuge. Examples include the October 31, 2010 massacre of the Iraqi congregation of Our Lady of Deliverance Church and other attacks; the ratio of Christians to Muslims in Iraq has gone from 8% to 2% in the past decade.

We wait for word on the fate of an Iranian pastor, Youcef Nadarkhani, who has refused to renounce Christianity. On September 27, an Iranian court upheld a death penalty for the Islamic crime of “apostasy.” Leaving Islam has always been punishable by death. If the sentence is carried out, he will be the first Christian known to have been executed for his faith in 21 years in Iran. He will not be the last so long as the fanatical ayatollahs hold Iran in its grip.

The irony is that the Persian king, Cyrus the Great, (580-529 BC) freed the Jews from slavery, telling them to return to Jerusalem and rebuild their Temple. Until the Islamic Revolution in 1979, a large Jewish community resided in Iran.

Meanwhile, on September 25th, a suicide bomber killed himself and wounded at least 22 other people in an attack on an Indonesian church. Indonesia is Southeast Asia’s largest Muslim-majority nation. The Wall Street Journal reported that, “To its credit, authorities there have cracked down on hard-line Islamic groups linked to bombings on Western hotels and tourist spots—such as the attacks on Bali nightclubs in 2002 that killed 202 people, many of them foreign visitors.”

Now, worldwide, Christians must, like the Jews, give renewed consideration to the threat of Islam. Drawn from desert tribal values of war and pillage, Islam has spread widely since the seventh century. It has carried its seventh century mentality forward and once again challenges the West, using terror as its chosen weapon.

It is a war without quarter, whether it is an Iranian pastor, the ancient community of Egyptian Christians, or the entire nation of Israel. Islam has no tolerance for other faiths.

All must understand that we are in a war. The Israelis do. Americans must.

As always, a wonderful piece of good commonsense. Yes, we are always a little on edge on Yom Kippur. The memory underscores the 'how low can you get' approach applied by our neighbors. May we - and the rest of the world - all merit a better year than the one we've had.