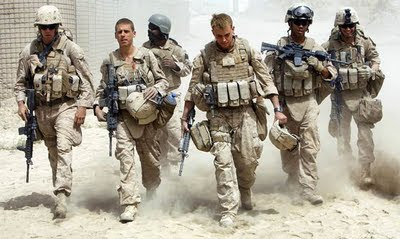 
"Only the Dead have seen the End of War" – Plato
For myself and a lot of other Americans, the killing of Osama bin Laden was the highpoint of 2011. A decade has passed since nearly 3,000 Americans were killed on September 11, 2001. He was found in an army town in Pakistan.

Meanwhile the war in Afghanistan grinds on for no explicable reason, but the war in Iraq was declared ended for U.S. troops on December 15. Within twenty-four hours of the last troops departure bombings occurred in Baghdad and the nation began to come apart. The single unifying force in Iraq had been—you guessed it—the U.S. military.

Evil men met their end in 2011, but surely not enough of them. Gone now are Libya’s Colonel Gadhafi, North Korea’s Kim Jung Il. Classic dictators, it is likely that Syria’s Bashar Assad will be overthrown in 2012. The year began when Tunisia’s Zine El Abidine Ben Ali fled the nation he had controlled for four decades. In February Egypt’s president, Hosni Mubarak was forced to resign.

The “Arab Spring” was declared. It was and is an illusion. In terms of its lack of democracy, the Middle East, the seat of Islam, remains a rebuke to the modern world.

In 1979, the Iranians overthrew the dictatorship of Mohammad Reza Pahlavi, the Shah, and replaced him with the even worse dictatorship of Grand Ayatollah Ruhollah Musavi Khomeini. His passing put Ayatollah Ali Khamenei in charge and bogus elections have made Mamoud Ahmadinejad president. The balance of power in the Middle East will shift dramatically if Iran achieves nuclear weapons.

As regions go, Africa just barely managed to retain a few democratic nations while others remain in the grip of dictators of varying degrees of evil. The northern tier, known as the Maghreb, had been the spark of revolutions from Tunisia to Libya to Egypt. One sign of hope was the succession of South Sudan in July. In Africa, too, the emnity of Muslims toward its growing Christian population continues to spark unrest. In Nigeria, Muslim terrorists bombed churches on Christmas Day. How great an outrage is that?

Not all killer events in 2011 were wars and revolutions. In March, a 9.1 magnitude earthquake and subsequent tsunami struck eastern Japan killing nearly 16,000 and leaving nearly 4,000 missing. Four nuclear power plants were shut down after technical failures created widespread zones of radiation.

The European Union which was created in the wake of two wars on that continent remains in turmoil after several member nations posed a threat of financial default due to the socialist mismanagement of their economies. Its fate remains unknown, but it well could deconstruct itself in favor of a return to individual sovereignties.

In October, Israel---reviled by most of the world for having the temerity to exist--- returned 1,077 Palestinian terrorists to Hamas in exchange—are you ready for this—for a single Israeli soldier, Gilad Shalit, who had been kidnapped and held prisoner since 2006. Though not a sovereign nation, Palestine was admitted as a member by UNESCO, an agency of the United Nations, on October 31. Ever since 1948 when the Israelis defeated an attack by five Arab nations the UN has maintained an agency, UNRWA, whose sole purpose is to service Palestinians.

A former Prime Minister of Israel, Golda Mier, said it best. “We shall have peace with the Arabs when they love their children more than they hate us.” She could have been speaking of America as well because we are high on the list of Arab hatreds.

As 2011 came to an end, Americans were pleased to see their troops come home from combat in Iraq and would feel the same about Afghanistan. The two wars fought in Iraq have been sobering experiences, reminders of the role of the U.S. as the world’s policeman.

We fight now with a volunteer military and one whose equipment from aircraft to ships to combat vehicles is growing old or being retired at a rate that raises serious questions about our ability to defend the homeland or wage war abroad.

The enduring truth of any year of recorded history has been that tribes, religions, and nations go to war with one another. It is naïve to believe that another war is not just around the corner, most likely in the Middle East and mostly likely with Iran. Israel has been in a state of war, hot or cold, with all its “neighbors” in the Middle East since its founding in 1948. It is being inexorably forced to the decision to attack Iran’s nuclear facilities.

Leadership is a critical factor when war threatens. The nation is in great need of it, but there are few signs it exists in the White House and among the political class in Congress these days.

I began with a quote from Plato. I will end with one from Marcus Tullious Cicero:

“A nation can survive its fools, and even the ambitious. But it cannot survive treason from within. An enemy at the gates is less formidable, for he is known and carries his banner openly. But the traitor moves amongst those within the gate freely, his sly whispers rustling through all the alleys, heard in the very halls of government itself. He rots the soul of a nation, he works secretly and unknown in the night to undermine the pillars of the city, he infects the body politic so that it can no longer resist.”

Not a pretty picture, eh?

@Alan - my prediction for 2012 is that Obama will win the election. He is the traitor from within that Plato warns about and his power is far reaching. I hope I am wrong. Let's see in November...

@Lime: Obama will not win in 2012. All the polls demonstrate that and the economy will not sufficiently improve to save him. He is a laughing stock among most Americans, when he isn't being criticized even within his own ranks.

I have a quotation from another noble Roman:

"Treason doth never prosper: what's the reason? Why if it prosper, none dare call it treason."
---Ovid

If Obama is successful in his treason, I know more than a few bloggers who will quickly disappear into the night and fog.