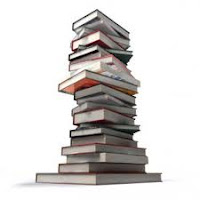 In 1942 my parents purchased a home in a picture-postcard suburban New Jersey community and the first improvement they made was to have bookshelves installed on the rear wall of the living room along with more in one corner. They had brought a lot of books with them and anticipated reading many more.

The living room was a library. An indelible memory of mine was of both parents reading. My father was a graduate of New York University, having worked his way through while attending night school. Mother occasionally lamented not having attended college, but Mother also taught in the adult school of the community for three decades and authored two books in addition to many magazine columns.

An authority on haute cuisine and wine, she garnered honors from the British and French Sommelier Societies, as well as from Germany. She was profiled in The New York Times. The word for a person like Mother is autodidact; a fancy way of saying self-taught.

Earlier and well into the 1930s through the 1950s Americans devoured books and often spent precious dollars to purchase sets of the Harvard Classics—we had them—and either the Encyclopedia Britannica or Americana—we had the latter. The Book of the Month Club was very successful as was a magazine called Reader’s Digest.

I was reminded of this by a very entertaining new book, “Blue Collar Intellectuals: When the Enlightened and the Everyman Elevated America”, authored by Daniel J. Flynn. The introduction begins with a reflection on popular culture, “Stupid is the new smart.”

This isn’t, however, just another lament about the sad state of present-day education or popular culture. Instead, it is a look back at America in the pre-World War Two era up to and beyond when television began to occupy the time many used to devote to reading books. Ironically, Flynn notes that television played a powerful role in popularizing several of the people he identifies as intellectual icons.

“For much of the twentieth century,” wrote Flynn, “there was a concerted effort among intellectuals to spread knowledge and wisdom far and wide. Correspondingly, many regular people took full advantage of the great educational effort. The idea was that America depended on having a well-rounded, educated citizenry.” This was not a new idea because from its earliest years Americans valued knowledge for its own sake.

“Twentieth-century America witnessed a democratization of education, unparalleled in human history,”says Flynn. I mentioned that my Mother taught gourmet cooking in adult schools. This was a phenomenon that began after World War Two. In addition to the GI bill that encouraged returning servicemen, mostly still young, to attend college, adult schools sprang up in communities as a way to quench the thirst for knowledge among the parents of those in college who, because of the Depression and the war, had not had the opportunity to acquire a higher level of education.

Common among the intellectual icons that Flynn identifies as having made learning popular was that all of them came from humble, often hardscrabble beginnings. They were not the children of wealth and privilege. They were people who knew what it meant to work for meager wages, but yearn for great achievement. All were denizens of local libraries and veracious readers. Of those who became members of the faculties of distinguished institutions, their roots gave them a unique advantage whether the topic was history, economics, or literature. They had lived in the real world.

The “blue collar intellectuals” included Will and Ariel Durant, co-authors of “The Story of Civilization” that included eleven-volumes by the time they were completed. Another was Mortimer Adler who authored “The Story of Philosophy” and, in 1940, “How to Read a Book” which became the second best-selling book of that year.

Milton Friedman transformed economics while teaching at the University of Chicago for thirty years starting in 1946. He would win a Nobel Prize. “Friedman understood that economics wasn’t merely about numbers. It was about people.” His book, “Capitalism and Freedom”, challenged many of the New Deal liberal policies when published in 1962. As Flynn put it, the book “highlighted the disconnect between the intentions of do-gooders and the atrocious results of their deeds.”

I can still recall reading Eric Hoffer’s “The True Believer” some years after it was first published in 1951. Working as a longshoreman, a strike in 1946 gave Hoffer the time to begin writing the book and another in 1948 gave him the time to finish it. It has never gone out of print and it took the reclusive Hoffer from a modest life he greatly preferred to meeting with presidents. The book was about mass movements and was his response to the two worst of the last century, Communism and Nazism. His own lifetime of reading is reflected in this and other books he subsequently wrote.

Flynn ends with a look at Ray Bradbury, best remembered as a science-fiction writer, but like the others of a humble origin, beginning in Waukegan, Illinois in 1920. His books, “Fahrenheit 451”, “Something Wicked Comes This Way”, and “The Martian Chronicles” cemented his reputation. Flynn says that “the threat to the life of the mind comes not as much from people who burn books as from people who don’t read them.”

So, when you’re commuting to work, on a lunch break, or when a hundred or more television channels offer you nothing worth watching keep a book at hand. Some of them will become lifelong companions.

Editor’s note: To keep up with the latest in non-fiction and fiction, visit Caruba’s monthly report at http://www.bookviews.com/
.
© Alan Caruba, 2011
Posted by Alan Caruba at 1:49 PM

Excellent post, Alan. I was always an avid reader as a child, and even now I keep a book handy (it helps when you take the train to and from college). Whether it's a nonfiction book or a novel, I always try to find the time to read, and it's a shame that many others don't do the same.

Another insightful commentary. Although I have been an avid reader for most of my life, I pale in comparison to the number of books you have reviewed over the years...and it is reflected in you work.

Books were my true enjoyment as a youth, but I haven't read a *BOOK* in years...

I am a voracious reader though, I read more news, current events, opinion, entertainment, or what passes for entertainment, and I still study history intently...

Maybe I read too much, I have read all the classics, and now a days everything I want to read is only a Google search away, or a mouse click to a few VERY high quality blogs such as this one...

Alan, I too have loved books all my life. Born in South Africa in 1970, we didn't have TV until the mid-1970's and so our entertainment was games outside and books inside. Alas, even though I have a book in my hand most times, this has not rubbed off on my two sons - even though I have encouraged them endlessly! In fact, my 17 year old has never completed one book - much to my frustration. I guess it's a sign of how the next generation will raise their kids (sigh). Never the less, I will endeavour to read to my grandkids one day in the hope that I can at least attempt to break the cycle!

@Fred: Your "problem" is that you are over-educated and just too damn curious about everything. I recommend you watch nightly network television for the next two months so as to give your brain a rest.

I definitely can respect and agree with your opinion on this issue. I read anything and everything I am able to get my hands on from textbooks to historical reading to philosophical writings (such as Ayn Rand and Karl Marx).

I've come to the conclusion that everything I read must be put into perspective and an intellectual analysis is critical to comprehension. That's why I mentioned both Ayn Rand and Karl Marx in the same sentence. I do not have to "take a side" until I've heard both sides of the story. For the record, I agree with Rand exponentially more than Marx. :)

The real tragedy is the difference of one generation though. There's only a decade difference between my sisters and myself, yet they have terrible difficulty with the English language! One dislikes to read unless it is shoved down her throat, and the other one devours books but couldn't tell you what she read five pages ago. :(

May God help the coming generations who will most likely know nothing but what the liberal institutions tell them to know.

I went to grade school here in the early 60's, I had very bad learning difficulties, but I was so very blessed with a first grade teacher who got me on the path to reading to help get over the other learning problems. I was also blessed with wonderful grandparents who were voracious readers but never went to college or past 8th grade school. They had a library in the basement of their house that would rival our small town's library, containing classics, history, nature etc.
It was my grandparents who took me under their wing to help home school me and get me past the terrible treatment I got because I was slow, and they never set a foot in higher education.
My grandfather was brilliant in electrical installations, and wired electricity in Nebraska when REA came and wired up the farms. He learned electrical installation in WWI.
Through this introduction to books, I am a also a voracious reader, and read a variety of books. I hate tv though I have to have it for others in the house to watch, but it is very limited during the day and at night also.
Thank you for a very wonderful post and your knowledge that you share, Mr Caruba.

I am a constant reader as well. I've been stunned at the number of business leaders in my community who will say they don't have time to read - I don't have time not to.

(I recently went to a women's business event where we were asked how many books we'd read this year - it was in November. My answer was 300. I have a book-a-day habit. I was the only one at the table who had read more than a few.)

Yes, I do still use Google and read blogs (obviously, I'm posting here) but I also am reading if I'm not working.