Afghanistan, the Definition of Madness 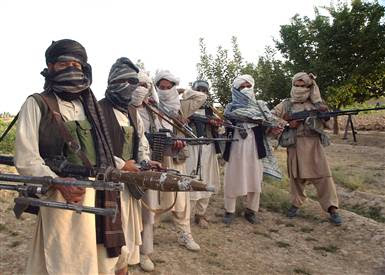 Why did George W. Bush invade Afghanistan? Answer: Occurring just after September 11, 2001 in which 2,977 Americans lost their lives, a CIA team was inserted into Afghanistan fifteen days later to begin a campaign against the Taliban who had allied with Al Qaeda and provided sanctuary for Osama bin Laden while the attack was planned. A U.S. bombing campaign in Tora Bora followed but bin Laden escaped into Pakistan.

When bin Laden was killed in 2011 by a U.S. Navy SEAL team, he was living in Abbotabad, Pakistan, a mile away from its equivalent of West Point.

The initial reason for the military action ceased to be of any critical importance and the Bush administration pivoted to concentrate on removing Iraq’s Saddam Hussein from power. Afghanistan became a backwater concern, but in 2002 Bush announced “a Marshall Plan” for Afghanistan, intended to be a development plan with security goals. In 2003, the U.S. invaded Iraq.

Insurgent activity in Afghanistan never ceased and military authority there switched to NATO, essentially to protect Kabul. It would be the organization’s first operational commitment outside of Europe. Hamid Karzai became the hand-picked leader of a nation that Transparency International deemed the second most corrupt in the world.

Afghanistan was and is a narco-economy. A result of U.S. involvement and due to a level of incompetance that defies comprehension, billions have been expended on the military and development efforts that found their way into the hands of the Taliban and the corrupt Karzai government.

The previous effort by the then-Soviet Union to exercise influence began in the 1960s. In 1979, the Soviet Union invaded Afghanistan to support its puppet government from an orthodox Muslim insurgent group known as the Taliban. The insurgency drew support from Saudi Arabia, Pakistan, and the U.S. Osama bin Laden would create al Qaeda as part of the effort to drive the Russians out of Afghanistan.

Having learned nothing from history, ancient and recent, the U.S. has just initiated an agreement with Afghanistan to provide support for the next decade. The definition of madness is doing the same thing over and over again and expecting different results.

According to an April 23 news report, “The partnership agreement ensures that the U.S. will continue to support Afghanistan even after the U.S. ends major combat operations and scales back its development projects over the next two years” and “The strategic-partnership will commit the U.S. to more than a decade of economic and financial support for the Afghan state, which is still battling a resilient Taliban-led insurgency.”

No external entity, from Alexander the Great in 329 BC, to Genghis Khan’s Mongol army in 1221 BC, to the British Empire in 1839-1842, has ever encountered anything but defeat in Afghanistan. Add the U.S. and NATO to the list.

There is, one assumes, some military strategic value to trying to control events in Afghanistan in some fashion. Pakistan, since its founding in 1947, and India have engaged in efforts to exercise influence there with varying degrees of success. The deal that the U.S. has signed with Afghanistan is no more likely to ensure any influence than all previous efforts since 2001. At times, Pakistan has even denied U.S. military transports to provision our troops there.

For those who want to learn the truth of the failure of U.S. efforts, I recommend reading Douglas A. Wissing’s new book, “Funding the Enemy: How U.S. Taxpayers Bankroll the Taliban”, just published by Prometheus Books.

Wissing writes, “Within scant months of Tora Bora, the seeds of American failure in Afghanistan were sown: the U.S. consort with deceitful Afghan warlords and leaders; the American complicity in the revived Afghan opium trade; and the flawed U.S. logistics-and-development schemes that fueled corruption and helped finance the Taliban.”

Wissing concludes his intensively documented book saying, “Decades of American arrogance and cupidity have brought us to this point…but doing more isn’t going to change things. The hundreds of billions of U.S. dollars and millions of ruined lives haven’t made Afghanistan safer or less desperate. As America has upped its bets in Afghanistan, the insurgency has continued to grow in power and in influence.”

When he campaigned for the presidency, Barack Obama characterized the conflict in Afghanistan as a just war in contrast to American efforts in Iraq. By the time he took office, the Bush administration had already negotiated a withdrawal agreement with the Iraqi government.

The latest deal to continue American investment in Afghanistan defies any common sense, any justification. It comes at a time when America is deeply in debt. It reflects the Obama administration’s penchant for spending money it does not have without continued borrowing.

The next administration, assuming Obama’s defeat, must abandon the deal and abandon Afghanistan. Alexander the Great did. Genghis Khan did. The British Empire did. And the Soviet Union collapsed shortly after it did.

Alan - you are 100% correct. There is no shame in withdrawing and admitting defeat. To continue to pour money and lives into this hellhole is pure ego.

PS - you need to correct the Obama to Osama in the following line:

"Obama bin Laden would create al Qaeda as part of the effort to drive the Russians out of Afghanistan."

GIVE THEM A VICTORY PARADE IN NYC!

Defying common sense has been the modus operandi of the PTBs for nearly a century now. We will not come "to our senses" until the elite rule and we are reduced to a third-world status.
For pity sakes folks, connect the dots and learn about what is really going on in the world today!
Yes, I am a conspiracy theorist. Conspiracy is a perfectly good English word that has been given a bad connotation.