A Teachable Moment about Chemophobia 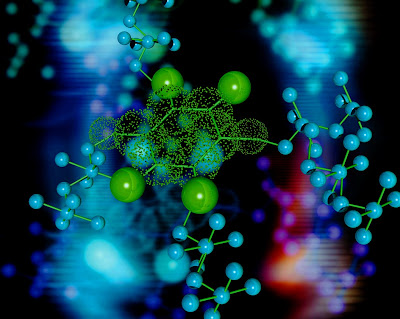 Having written a series, “The BPA File”, in which I detailed the vast efforts made worldwide to ban bisphenol-A, a chemical in use for the last sixty years to protect food containers against spoilage and to strengthen plastic bottles against breakage, I naturally welcomed news that the Food and Drug Administration has recently concluded the claims made against it lacked “scientific information” to justify the claims that have been made against it.

In fact, it was news enough to merit an article in The Wall Street Journal.

Ask any physician about the role of chemicals in the lives of humans and you will learn that we are walking chemical machines that not only ingest the chemicals we need to live—food and liquids—but we manufacture them in our bodies to maintain our health and, at the same time, eliminate harmful chemicals on a daily basis. This is necessary because we live in a world composed of chemicals, from ordinary water to the vitamin and nutrient content of what we eat.

Ask any chemophobe—a person subject to fears about any and all chemicals—and they will begin to reel off the names of various compounds they are convinced will kill you. What they never seem to understand is that it is the dose—the amount of the chemical—that can constitute harm. In the case of the foods we eat, their processing and packaging, the dose is so small as to represent no harm whatever. Even ordinary potatoes contain arsenic!

That’s why another story caught my eye. It was from Environment Canada and said, “The government of Canada has decided that Siloxane D5 is not harmful to the environment.” This was a welcomed reversal of a 2009 assessment that questioned D5’s environmental safety. One can only hope that the U.S. government’s massive regulatory machine, in this case the EPA, gets the message that good science is essential to good decisions.

Environment Canada described D5, a material found in many consumer products, saying, “Decamethylcyclopentasiloxane (D5) is an odorless, colorless liquid found in a number of personal care products, including deodorants, antiperspirants, cosmetics, shampoos, and body lotions. It is used in the production of silicone polymers and may also be used as a dry-cleaning solvent and in industrial cleaning.”

One can only imagine how many chemophobes have decided not to wash themselves, use cosmetics or antiperspirants because they are convinced they will die if they do.

I picked up the phone to Karluss Thomas, the Executive Director of the Silicone Environmental health & Safety Council of North America (SEHSC) to inquire whether D4 was on some watch list in the U.S. and he noted it is on a list of some 80 compounds scheduled for review by the EPA.

Mr. Thomas noted that his trade association had filed an objection with Environment Canada regarding earlier concerns about D5 and was pleased that a first-ever Board of Review had been convened by the Canadian Environment Minister. The Board, after a rigorous review of the data, completely cleared D5 of any claims regarding its safe use. Three top, independent toxicologists gave it a thorough review. The findings, he said, had “broader implications” for any comparable review here in the U.S.

The Canadian action was a teachable moment for everyone who reads or hears similar claims about any chemical or product. Just as the PR campaign against Alar proved to be false and just as the latest claims against lean meat—labeled pink slime by its opponents—are equally bogus, real science inevitably disproves the claims.

Reliance on sound science leads to sound policy and spares society the harm that junk science causes to the economy, consumers, and to science itself.

I used to work for a municipal water district and held a class 2 water treatment plant operators certificate. One of the most common chemicals used to make water safe to drink is chlorine. If you drank a glass of pure chlorine, you would die. If you drank water that was not treated with that minuscule amount of chlorine, you could get very sick and possibly die from water born diseases. Yet to this day I still hear people say they will not drink their tap water for fear of being poisoned and instead spend an enormous amount of money on "safe" bottled water. They are completely clueless to the fact that bottled water is also treated with chemicals to make it safe. Peoples ignorance astounds me some times.

“One can only imagine how many chemophobes have decided not to wash themselves, use cosmetics or antiperspirants because they are convinced they will die if they do.”
They will die if they do, of course; and, with that certain doom, their every paranoid guess is reinforced.
Far more alarming is a subset of chemophobia, anthracophobia—the irrational fear of carbon, particularly in its compound, carbon dioxide: with the willing compliance of sycophantic media, carbon dioxide is so thoroughly demonised and dreaded that Western governments are devastating their economies and ruining the living standards of their citizens lest the small percentage in our atmosphere of this beneficent, essential trace-gas rise from minuscule to slightly less minuscule.

NOT TO WORRY, COMRADE!

This is all part of Big Brother Obama's war against the Industrial Revolution designed to turn the clock back to the Middle Ages when the Power Barons in the Castle more easily controlled the poor, ignorant and diseased serfs.

Be seeing you at the Two Minute Hate!

@Deadman: You are so right!

Since about 1963, nothing but yellow journalism has prevailed, and from late 1962, when the no-science book "Silent Spring" by Rachel Carson was published.

Very little in the way of chemistry has been taught in schools for a long time.

to: The land of the government subjugated and the home of the "greatly panicked over nothing at all."