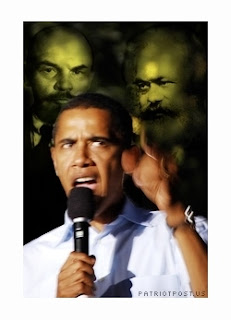 My father was a Certified Public Accountant and dinner time throughout my youth was filled with horror stories about the Internal Revenue Service (IRS) as he struggled to keep up with a tax code that just kept growing.

According to Nina Olsen, the National Taxpayer Advocate for the IRS who heads a staff of 2,000, the American tax system is “a huge convoluted mess.” Despite efforts to determine its length, it is variously estimated to be between 65,000 and 70,000 pages. “We looked at how many changes in the tax law (that) had occurred in the last year alone,” said Olsen, “it was something like 579 changes.” No one can keep up with that volume of changes, not even Ms. Olsen’s office.

As this is being written, President Obama is dominating the news cycle with his message of tax “fairness”, attacking men like Mitt Romney, the presumptive Republican candidate, for being wealthy and citing men like Warren Buffett and other millionaires and multi-millionaires who say they should pay more. It is a longtime populist, progressive message and it is a false message.

Chris Edwards who studies tax policy at the Cato Institute, a libertarian think tank, says, “What happens when you raise taxes for higher-income people; they reduce their productive activities—like working and investing and starting businesses—and they increase their unproductive activities—like tax avoidance and tax evasion. So governments really shoot themselves in the foot if they raise rates too much.”

If it were not for “taxation without representation” Americans might still be “subjects” of the British Empire because, as any school child can tell you, the Revolution was fought over this issue and was kicked off in earnest by the Boston Tea Party when a tax on tea enraged the citizens of that time. There were, in fact, some ten other tea parties in the colonies.

The United States has the dubious honor of having the highest tax rate on corporations in the world. And some people still cannot understand why U.S. corporations are shipping jobs overseas and foreign corporations are reluctant to set up U.S. headquarters here.

In a recent opinion in The Wall Street Journal, Amity Shales, a former WSJ reporter and now the director of a George W. Bush Institute project on national economic growth, wrote that “The trouble is that lawmakers (especially at the federal level) insist on discussing fax reform in terms of fairness. Tax competition earns a mention from time to time, but only a mention.” She pointed out, as have others, that “states with no income tax grow faster than those with high income taxes.”

By framing the tax debate in terms of fairness and attacking Mitt Romney’s wealth, President Obama is pandering to his greatest constituency—the stupid among us. He was elected on the basis of a lot of gauzy, vague promises of hope and change, and with the adoring support of the mainstream media.

Obama’s problem is not about fairness or taxes. His problem is 13.9 million unemployed Americans, not counting those who are not looking for work or those working part-time jobs just to make ends meet. As a recent commentary on EconomicCollapse.com pointed out, “The number of unemployed Americans is larger than the entire population of Greece.”

The onerous, insane growth of the regulation industry at all levels of government is crushing the economy. “The U.S. national debt has increased by more than four trillion dollars since Barack Obama took office” and, with the aid of a Democrat-controlled Congress for the first two years of his term, he increased the national debt more than all the presidents combined from Washington to Clinton.

Believing that taxing rich people will close the gap is unbelievably stupid. As a Wall Street Journal editorial pointed out on April 10th, “The Obama Treasury’s own numbers confirm that the tax (on the wealthy) would raise at most $5 billion a year—or less than 0.5% of the $1.2 trillion fiscal 2012 budget deficit and over the next decade a mere 0.1% of the $45-43 trillion the federal government will spend.”

There is an alternative. It’s called the “Fair Tax” and you can learn more about it by visiting the website of the National Taxpayers Union.

By bleeding jobs through an insane tax system, a federal tax code filled with loopholes that even the IRS cannot keep up with, the highest corporate tax in the world, an idiotic immigration policy toward illegal aliens, and a burden on the fortunate few that still have jobs the United States is digging itself into financial collapse.

The federal government is broke. The states are broke. And with the advent of $4 and $5 gas pump prices—thanks to Obama’s anti-energy policies—the rest of us are getting more broke.

President Obama’s blather about “fairness” is straight out of Karl Marx’s “Das Kapital” and the Communist Manifesto with their emphasis the redistribution of wealth and the end of private property.

The word "fair" has no meaning. What is "fair" to some is completely unfair to many others.

Communism was intended to be "fair" to all, and women workers in the Soviet Union were indeed workers equal to men then, and no one in their right minds would ever have gone to get medical treatment at government health centers.

Socialism is communism "lite", and as ever, is doomed to failure.

Like George Orwell illustrated in "1984" for collectivists the only game that matters is power over mankind - the jackboot in the face...endlessly.

Our 18th century ancestors rebelled against this degenerate and corrupt little tax game by Big Brother and it's high time We The People push the reset button on our very own federal government once again.

A good start would be to limit the feds to a voluntary 10% income tax for EVERYONE...AND THAT'S IT! PERIOD!!!NO FURTHER DISCUSSION! NO MORE IRS!

The only kicker would be that if you don't pay your income tax, you have no right to vote or hold office.

Still not enough for the federal government? Charge reasonable user fees for using the courts, etc.

It doesn't take a rocket scientist to understand that under such a system only the essential functions of the federal government, such as the military, would be funded.

It's just amazing that such a "communist" President has presided over such a business-friendly recovery. Despite the lagging reduction in unemployment, corporate profits are all the way back up, the stock market is recovered, and business is booming. To my way of thinking, the numbers seem to point to the least communist President in quite some time.

@Alexander: What parallel universe do you live in? Apparently more than 8 million or more unemployed Americans doesn't bother you much, nor an extremely sluggish GDP growth of about 2 percent or so.

Take off those Democrat Rose Colored glasses and take a look at the real state of the Union. It stinks.

What makes you think that unemployment doesn't bother me? Of course it bothers me - it bothers me much more than a comparable problem in the world of big business!

I simply refuting your baseless assertions that Obama is anti-capitalism. Not only is it untrue, he's so ardently pro-big business that it actually is one of the things he should be criticized for. But why should he worry about such criticism, when those who are supposed to be delivering it - pundits like yourself - are ranting about imaginary Marxism.

@Alexander: I don't think you should visit this blog or comment on it. Your views are so detached from reality that it is useless to respond.

Most people know that Obama was raised an mentored by Leftists and Communists. His friends fit that description and he even installed a Communist, Van Jones, as a Green Jobs Czar.

Your capacity to ignore the obvious leaves you unable to discuss the issues. It is a total reverse of reality.