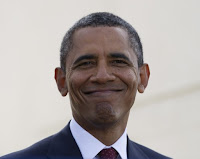 As far back as January 2, 2010 I wrote that Obama had “a make-believe life” because there was no proof that anything he claimed in his two memoirs, written by the age of 45, was true. His resume listed “community organizer”, an amorphous term that could mean anything, as his primary occupation. By October 2010 the Washington Times published a commentary of mine that said “millions of Americans are beginning to ask: Is President Obama just a moron?”
Even prior to his election, he had ensured that his entire paper trail of birth certificates, passports, college records, and other items most people can produce in under five minutes were “sealed” from public review, despite the fact that most modern presidents have had to submit their personal records, short of a colonoscopy exam, for examination. Among his first executive orders was one issued on January 21, 2009 to ensure none of these records saw the light of day.

When he finally produced a birth certificate, forensic analysts deemed it a forgery.

So, what really occurred on Election Day in 2008 was that a majority of voters, guided by an adoring mainstream press, elected an enigma. He rewarded their obsequiousness by being the first President since Grover Cleveland to not attend their annual Gridiron dinner.

Since then, anyone paying any attention has had to conclude that Americans elected an ignoramus, based solely on his own words and actions.

Here’s just a quick look at some of them.

Hans Bader, a scholar with the Competitive Enterprise Institute, addressed recent examples of Obama’s ignorance when he mocked Republicans as members of the Flat Earth Society in Columbus’ day for their skepticism of his green energy policies, among which was a hearty endorsement of algae—pond scum, but Columbus’ contemporaries knew the Earth was round, but doubted he could reach Asia via the Atlantic Ocean. Bader noted that Obama “falsely attributed to Muslims the invention of printing and even falsely claimed that Morocco was the first country to recognize the United States as a new nation.”

The problem for many Americans, mostly registered Democrats and self-identified liberals is that his gaffes are dismissed despite the evidence that his policies have proved to be huge failures. His “stimulus” program wasted billions without producing any jobs, shovel-ready or not. We still have an 8.2% unemployment rate.

The fate of Obamacare will be decided shortly by the Supreme Court after 26 States brought suit against it as unconstitutional, but Obama, who was the editor of the Harvard Law Review and taught constitutional law, apparently has not read the document, claiming the judges are “unelected” (they are appointed by the President and confirmed by the Senate) and therefore have no right to pass judgment despite Marbury v Madison that established the Court’s role of judicial oversight.

Obama’s disdain and contempt for just about everyone except Muslims is astonishing. He has insulted just about every element of American society and many world leaders. In ways large and small this has been a constant element of his presidency. After gratuitously insulting doctors, bankers, and the insurance industry, he pushed hard to provide the planner of 9/11 a civil trial without all the protections afforded by the Constitution—in New York City.

Between January and July 2009, Obama sent a bust of Winston Churchill back to the British embassy. He gave the Queen of England an iPod with 40 show tunes, photos of his inauguration, and two of his speeches. Former Prime Minister, Gordon Brown, was given a box set of 25 DVDs, all in a format that does not work in England. Later, eager to empty Guantanamo, he authorized the transfer of some detainees to a British protectorate, Bermuda, without consultation with the UK.

Obama’s contempt for Catholics has long been on display before the Obamacare demand that they jettison their consciences regarding the sanctity of human life. His nomination of Kathleen Sebelius, a Catholic apostate, as Secretary of Health and Human Services earned her a warning from Bishop Joseph Naumann not to present herself for Holy Communion.

His antipathy for Israel and its Prime Minister, Benyamin Netanyahu has been on display from the beginning of his term, at one point admonishing the Israelis for building new housing in their own capitol and at another suggesting they retreat to their 1967 borders, a suicidal notion that Israelis found appalling.

At one point he said, “One thing I’m proud of is that very rarely will you hear me simplify issues.” His campaign motto was “Yes we can.”

Early on, he sent Air Force One to do a low fly-by of New York City for a photo op, neglecting to tell anyone there and generating 9/11 flashbacks and panics. Then he embarked on a global trip that quickly was dubbed his “apology tour” for an America about which he could little good to cite. At one point, he actually bowed to the King of Saudi Arabia. We do not dip our flag to any other and no U.S. President bows to any other state leader, let alone a monarch.

His ignorance has been on display for so long the public hardly takes notice. “I’ve now been in 57 states. I think one left to go,” he said during his 2008 campaign. He referred to “Austrian” as a language when no such language exists; Austrians speak German.

His ignorance of economics is legendary. He referred to a “profit and earnings ratio” when the correct term is price-to-earnings (P/E). He still thinks that, as long as the Federal Reserve can print money out of thin air, the nation can never go broke.

He actually believes the economy will improve if taxes are increased; something that has never before happened in the history of the nation.

Whole books can and will be written about Obama’s ignorance and failures of judgment that Americans will have to live with for a very long time, especially as future generations try to dig out from his tripling of the national debt, the highest unemployment rates since the Great Depression, and a housing market that has yet to have rebounded.

Add in gas prices Americans have never seen since gasoline was invented to power our cars and you have a man who is not what he claims to be and is too stupid to be the President of the United States, let along serve as a White House tourist guide.

BINGO! You nailed this one my friend, you always do, but this time it was even better!!

I sent an email to my entire address book recommending this post and your blog!

You have taught me much Sir, but after reading this post, I still have a lot to learn!

Thank You Alan for your continued fight to bring light to expose Obama for who he really is, a fake and a fraud;someone who is hell bent to embarrass, disgrace and destroy this once proud Nation.

What is it going take before people take notice what this man has done to our country.

Now that he has passed the no freedom of speech law, we can no longer protest anywhere he is at. The secret service now sets the rules on where one can protest, but you can bet it will be miles away from this man.

Yet nothing is said and main stream media refuses to do anything.

Alan again thanks for your excellent work.

I am now blogging with Fred Witzell as the

http://texasbrady.com/
No need to publish this, just want you know,

Alan, you nailed all the points that many of us, including you, were pointing out through his entire campaign the first time around, plus the items that have emerged during his time in the People's House. Excellent article. But I think caught nailed the problem we face. There are too many ignorant voters living in la la land. I won't have my confidence in people restored until that Poser-n-Chief is defeated.

Thank you so much for your excellent posts, Alan!

"His ignorance has been on display for so long the public hardly takes notice." Yes I'm afraid you're right.
This occupier-in-chief is the least competent person in whatever room he enters...