On Fairness and Unfairness 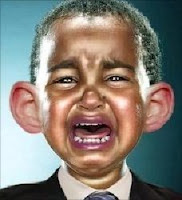 I don’t know who said this, but it is a great piece of wisdom that we should all embrace.

Every time I hear President Obama talk about what is fair or not, I am reminded of how unfair it is to have a President whose personal history remains subject to question and the failure to provide documentation that most Americans are required to show for matters as simple as renewing a driver's license.

I am not given to feeling sorry for myself because I long ago concluded that whatever good fortune comes my way is just that, luck. Hard work helps, but sometimes it too is not enough. We live in a casino called life.

Is it fair, for example, that I was born into the Great Depression over seventy years ago and now, when I should be enjoying retirement, I am living in something the economists call a recession, but is just as bad, if not worse, than it was when I was born.

Despite all the distractions to keep us from confronting massive unemployment, widespread foreclosures, a government rife with corruption, waste, and cronyism, a broken justice system, a President who won’t produce a passport and whose Social Security number is fake.

So what do we do? We all just soldier on trying to pay what we are told is our “fair share” of an unfair system of taxation. We do so when the government is so deep in debt it has to borrow 40 cents of every dollar it spends and has imposed a per capita debt of $140,000 on every American, including those born this day.

Kennedy who famously said, “Life is not fair”, would be assassinated in 1963 and next in line was Lyndon Baines Johnson who took the nation into war with Vietnam and 58,000 dead young Americans later he decided not to run for reelection. I still recall the protest marches. The sixties became synonymous with “hippies”, a burgeoning drug culture, and some of the best rock’n roll ever performed.

Then we got Richard Nixon and his Secretary of State, Henry Kissinger, who finally negotiated something called “peace with honor”, but the war was the first major defeat the nation had sustained. All of which made me wonder why no one in the White House or Pentagon pointed out to President Bush that neither Alexander the Great, the British Empire, nor the Soviets had gotten out of Afghanistan without being beaten to a pulp.

Apparently, a generation or two of voters were not paying attention in school if, indeed, American and world history was even being taught. In 2008 a slim majority elected Barack Hussein Obama, a thorough-going communist with total contempt for the Constitution, America, and its people. That’s not fair.

And how close did we come to electing an environmental charlatan called Al Gore? Or John Kerry whose choice for vice president, John Edwards, is currently in court charged with using campaign funds as a “gift” to his mistress and his illegitimate child, the result of an affair carried on while his wife was dying of cancer?

Does it seem like America has been passing through a long period being led by the sorriest bunch of politicians to whom such power has been granted; Lyndon B. Johnson, Richard M. Nixon of Watergate infamy, Jimmy Carter, the skirt-chasing Bill Clinton, and the sorry likes of the Senate’s Harry Reid and former Speaker of the House, Nancy Pelosi?

None of it is fair. It just is.

America desperately needs to elect a grownup. It needs a man who knows how to read a balance sheet and how to restore the economy.

The Tea Party came into being to protest Obamacare. It now elects men and women to Congress, altering the balance of power in the 2010 elections, and will likely decide the outcome of the November elections.

It is testimony to the way Americans are willing to wage a peaceful revolution for real change, not just some dumb motto meant to cheat and enslave suckers.

A peaceful revolution to restore the American Republic to its former glory?

From your lips to God's ear.

Just read on another blog libertysphere that some new rule was slipped in a bill by Dems in the Senate. It would allow the IRS to seize peoples' passports and ban travel if they owe $50K or more in back taxes. Is this really true or more a rumor. If its true, its scary, and you can bet that given the incompetence of the IRS that tons of people will get wrongfully caught up in something like this.
real asset investment

Alan, so true. Romney should use this every time Obama goes on about 'fair share'. When he says it Romney should ask if it's fair to have a US President more worried about his golf handicap than the economy; if it's fair for the US to have a President who cares more about renewable energy than allowing more fossil fuels to lower prices and help unemployment. One could go on and on. Hopefully Romney uses this angle. Brilliant.

The original text of this commentary was corrected to remove an inaccurate reference to Obama's lawyers. The graph was removed.

'When I use a word,' Humpty Dumpty said, in rather a scornful tone, 'it means just what I choose it to mean — neither more nor less.'

'The question is,' said Alice, 'whether you can make words mean so many different things.'

'The question is,' said Humpty Dumpty, 'which is to be master — that's all.'

Alice was too much puzzled to say anything; so after a minute Humpty Dumpty began again. 'They've a temper, some of them — particularly verbs: they're the proudest — adjectives you can do anything with, but not verbs — however, I can manage the whole lot of them! Impenetrability! That's what I say!'

'Would you tell me please,' said Alice, 'what that means?'

'Now you talk like a reasonable child,' said Humpty Dumpty, looking very much pleased. 'I meant by "impenetrability" that we've had enough of that subject, and it would be just as well if you'd mention what you mean to do next, as I suppose you don't mean to stop here all the rest of your life.'

'That's a great deal to make one word mean,' Alice said in a thoughtful tone.

'When I make a word do a lot of work like that,' said Humpty Dumpty, 'I always pay it extra.'

'Oh!' said Alice. She was too much puzzled to make any other remark.

The word "fair" means whatever anyone wants it to mean. Another "Humpty Dumpty word"