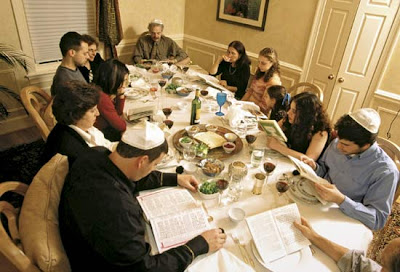 If you want to understand what Israelis and most Diaspora Jews think about the threats made against Israel, ask any Holocaust survivor. They will tell you, “When somebody says they want to kill you, you should believe them.”

Below are two excerpts from a March 30 Jerusalem Post article by Martin Sherman:

Goals: Complete liberation of Palestine, and eradication of Zionist economic, political, military and cultural existence. Method: Armed struggle is a strategy and not a tactic… in uprooting the Zionist existence, and this struggle will not cease unless the Zionist state is demolished…. Opposing any political solution offered as an alternative to demolishing the Zionist occupation in Palestine.

Israel will exist until Islam will obliterate it, just as it obliterated others before it…. Initiatives, and so-called peaceful solutions and international conferences, are in contradiction to the principles of the Islamic Resistance Movement…. The Day of Judgment will not come about until Moslems fight [kill] the Jews, when the Jew will hide behind stones and trees. The stones and trees will say O Muslim, there is a Jew behind me, come and kill him.

Fatah and Hamas both claim to represent the Palestinians, often killing one another’s members to prove it. Fatah is located on the West Bank while Hamas controls Gaza, a place where rockets are launched into Israel every day in order to incite it to retaliate. Then, of course, the world gets to condemn--who?--the Israelis!

In July 2010 J. D. Longstreet, in July 2010, a widely read commentator, wrote, “Going back to 1937 we learn that “a local Arab leader, Auni Bey Abdul-Hadi, told the Peel Commission, which ultimately suggested the partition of Palestine: “There is no such country [as Palestine]! 'Palestine' is a term the Zionists invented! There is no Palestine in the Bible. Our country was for centuries part of Syria."

Palestine, in fact, was a name imposed on Israel. As J.D. Longstreet pointed out, “In the second century A.D., after crushing the last Jewish revolt, the Romans first applied the name “Palaestina” to Judea. Judea was the southern portion of what we now call the West Bank. It was an attempt, by the Romans, to isolate Jewish identification from the land of Israel.”

The Empire of Rome is no more, but 3,700 years after its founding, Israel has risen from the ashes of its history and been reborn. For much of that history, Jews have lived with the scourge of anti-Semitism. It remains a core element of Islam. These days it takes the form of an effort to impose a non-existant “nation” called Palestine on its borders. The proponants of this refer to land won in in the 1967 war when Israel was attacked by its “neighbors.”

As Ted Belman, better known as the “Israpundit” wrote:

“The Fourth Geneva Convention (FGC) is a treaty between signatory states that are called High Contracting Parties (HCP). It regulates the obligations of one HCP who occupies the land of another HCP. It defines the terms “Occupying Power” and “Occupied State”. Thus this convention does not apply to the territories because they were not the land of any HCP. They have never been the land of an HCP. Prior to 1967, Jordon was in occupation of these territories, just as Israel is currently in occupation. Jordanian sovereignty over these lands was never recognized and ultimately Jordan relinquished any claims she claimed to have over these lands. The FGC was never applied when Jordan occupied the land and it shouldn’t be applied now that Israel does.”

Israelis and everyone else have been debating a “two state solution” to grant the murderous Palestinians some legitimacy. For my part, I think American Jews should stay out of this discussion. Intrinsically, almost genetically liberal, they experienced the Holocaust protected by the Atlantic Ocean so, while one assumes they support Israel’s existence, it is entirely up to the Israeli’s to make such decisions. Parenthetically, even the Israelis have been divided over the issue, but not over their survival.

How secure do the Israelis feel these days? Not very. Over the high holy days of Passover, beginning this year on Friday at sunset, the Israeli Defense Force will be on full alert, anticipating possible attacks. In the preemptive 1967 “Six Day War” the Israelis thwarted the intension of Syria, Jordan, and Egypt to attack them yet again. The Israelis captured the Golan Heights and the West Bank of the Jordan River—formerly known as Samaria and Judea, ancient Jewish provinces.

Worse yet, as former Ambassador John Bolton wrote on April 4th in the Jewish World Review, “The Obama administration appears to be conducting an organized campaign of public pressure to stop Israel from attacking Iran's well-developed nuclear-weapons program. So intense is this effort, and so determined is President Obama to succeed, that administration officials are now leaking highly sensitive information about Israel's intentions and capabilities into the news media.”

This is tantamount to giving aid and comfort to Iran--a self-declared enemy of America--as it pursues its quest for nuclear weapons.

On Friday evening Israelis and other Jews around the world will sit down to the Seder, the traditional meal that celebrates the liberation of the Jews from captivity in Egypt. They will do so knowing that much of the world shares a mindless, baseless hatred for them, but they share a collective memory of having survived far longer than those empires and tyrants that tried to destroy them and failed.

They are not called the “chosen people” for nothing.

I sure hope that you are right,
Alan. I know a whole lot about detailed history from the Hebrews time until the present. A good many of my friends, from when I was a child through the recent present, were Jewish.

Larry, I have no doubt that the Israelis will do whatever it takes to destroy as many Iranian nuclear facilities as possible. They have been planning this for a long time.

Obama's treachery is in keeping with all we know about him.

When Big Evil walks the world, it first strikes at the Jews.

Yes, 9/11 was our wake up call from Hell, and either we hang together with our allies, or we all will hang separately.

Hey, I am quite new in the passover this year. That’s why looking for some perfect information around. Really got something important from you here.
Wishing you a happy Passover.
You can take a look at this passover message: goo.gl/lFsMZ on this celebration. Very unique one.