The ABC's of Journalism's Eroding Integrity

I joined the Society of Professional Journalists (SPJ) in April 1979, thirty-three years ago. The preamble to its Code of Ethics says, “Professional integrity is the cornerstone of a journalist’s credibility” and that journalists should “test the accuracy of information from all sources and exercise care to avoid inadvertent errors.”

Someone needs to send a copy of SPJ’s Code of Ethics to the news staff of the American Broadcasting Company (ABC).

ABC News and other practitioners of sloppy reporting prompted me to found The National Anxiety Center in 1990 as a clearinghouse for information to debunk “scare campaigns” designed to influence public opinion and policy. Part of that effort was a 2008 series “The Enemies of Meat” in which I examined the scare campaigns related to ranching.

The most troubling trend in recent times has been a steady erosion of journalism’s integrity.

In particular, the latest example has been ABC’s lax ethics that visited devastation on a company with a thirty-year history of safe operation, Beef Products, Inc. The company pioneered the provision of lean, finely textured beef which is blended with fattier hamburger to make it more learn and nutritious. It also protects it against pathogens with a process that won the coveted 2007 “Black Pearl” award from the International Association for Food Protection.

ABC reporter Jim Avila, in hot pursuit of a journalism award, wrote a series of reports claiming that BPI was producing “pink slime” with the network hyping the term by using it 52 times in a two-week period in March. Any reporter investigating BPI would have swiftly found a mountain of evidence exonerating the company from any hint of the allegations made against it.

Avila’s reporting put BPI in jeopardy of closing down entirely, forcing the suspension of business at plants in Texas, Kansas, and Iowa, while the headquarters plant in Dakota Dunes, South Dakota, struggles to continue operations. So far 650 employees have lost their jobs with several thousand more jobs at risk at companies that relied on BPI, affecting their families and communities.

The company’s founder, Eldon Roth, wrote in a March The Wall Street Journal ad that “Before last summer, we could not have imagined the personal, professional, financial and spiritual impact of the campaign of lies and deceit that have been waged against our company and the lean beef we produce.”

When challenged on the job losses by Dan Gainor of the Media Research Center, Avila arrogantly tweeted him saying “Let’s be clear. No one job loss if bpi had been upfront with consumers” and dismissed a rebuke from the American Meat Institute’s Janet Riley, saying, “I’m saying we don’t go to lobbyists paid by meat industry to get our experts.”

Not upfront with consumers? The product in its present form has been used for more than a decade with coverage in the Washington Post, the New York Times, a Hollywood movie and more! As for the “experts” in Avila’s reports, he chose a former federal bureaucrat who called the product “pink slime” in a ten-year-old email to fellow employees at the Department of Agriculture. 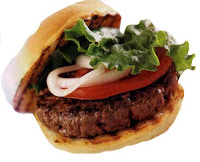 In an April Bloomberg Business Week article, reporters, Bryan Gruley and Elizabeth Campbell examined the way BPI had been subjected to “sliming”, noting that its finely textured lean beef had been purchased for use by McDonald’s, Wal-Mart Stores, Burger King, Kroger, Taco Bell, and scores of grocers for many years. In short, if you have had a hamburger in the past decade, you have eaten lean finely textured beef and enjoyed it.

Avila repeated the formula in July when ABC aired a story about “super bugs” that it alleged was a strain of bacteria in chicken that could lead to urinary infections in women. ABC did acknowledge that “there is no study showing a definitive link between the presence of e-coli in chicken and infection in women…” but not until viewers had become alarmed by the report.

Ashley Peterson, Ph.D., the vice president of science and technology for the National Chicken Council, noted that, even if there was a “super bug”, it would be easily avoidable through “proper cooking and handling of poultry products, because all bacteria, resistant or not, are killed by proper cooking.” Cooking meat properly is a 10,000 year-old practice, but when someone forgets to do it, Avila and ABC thinks it is news.

The kind of reporting that has become the hallmark of ABC News is an insult to everyone. In the case of BPI, it constitutes a bogus attack on the meat industry and is destructive of the livelihood of everyone fortunate to bring home a paycheck in those industries.

What happened to BPI can happen any time a reporter like Avila dispenses with the most fundamental standards of journalism.

The ABC News product increasingly ceases to be journalism. It is sensationalism. It is reprehensible. It’s time to let ABC News feel the sting of public disapproval.

ABC is a subsection of the State Controlled Media working under the leadership of the New York Times (Slimes), the main propaganda organ of the Leftist ruling class, who in various smoke filled rooms in the early morning hours determine what daily lies to spin.

...and everyone who counts in this country knows this dasdardly Leftist news spin cycle and does not believe anything coming out of the Ministry of Lies until checked and verified true by the New Media.

In other words, it ain't news until the Alan Carubas of the Internet say it's news...and while the Leftist propaganda organs can cause impressive damage in the short term, the Rightist army of independent bloggers will get the truth out at the speed of light.

@Ronbo: Yes, the Internet has made it possible for conservatives to get the straight news and to be warned against the lies of the MSM.

The problem is that a "news" organization has intentionally caused economic damage to a targeted company. It was done with unfounded and undocumented allegations. People lost their jobs and the company lost millions in revenue because of it. Is BPI able to sue and collect? I am not a huge fan of lawsuits, but this is a case where I say go for it and recoup the damage this so-called "news" organization caused. Perhaps if ABC loses large they will think twice before attacking another legitimate company.

I am sure there are lots of cases where a "news" organization's method of "reporting" has resulted in corporate or personal ruin. Where merited, they should be held accountable for it.

@Unknown. News organizations are largely shielded by the First Amendment and a law suit would have to prove actual malice, not just sloppy reporting.

I think it best to expose ABC's shoddy reporting and let the public draw its own conclusions.

Don't you think the handwriting is on the wall for the death of the Lamestream Leftard Media - if the Leftists lose the next series of elections and American patriots start start the Long March Back to retake the culture?

This first happened after the U.S. Civil War - before the Union victory, the Southerner elites pretty much dominated the federal government and were the ruling elite, but after the Union victory and until the Great Depression the Republican establishment ruled.

I'm hopeful because of the patriot Tea Party Rebellion that started in 2009 we are at the beginning of the same type of vast sea change that will see true republicans back in the driver's seat of American government and culture.

Either that or it's goodbye USA...

@Ronbo: I think your scenario has validity. I hope it comes true.