The Jewish Vote, the Black Vote, and Blind Faith 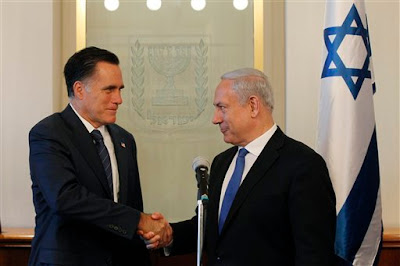 Nancy Pelosi, the House minority leader, made a blip of news recently when she said she believed Jewish Republicans were “being exploited”, quickly adding “And they’re smart people.”

If American Jews are so smart, why they have allowed the Democratic Party to take their vote for granted since the days of FDR? According to Politico.com, since 1988 only 25 percent of the Jewish vote has gone to Republicans.

In June a poll by the Berman Jewish Policy Archive at New York University announced that 68% of the one thousand Jews polled would support Obama. The number fell by 10% from the Jewish vote for Obama in 2008. If it turns out that those polled all lived in New York, the results are no surprise. They are the most politically liberal to be found anywhere north of Miami or west of Los Angeles.

Why people obsess over who the Jews will vote for comes from the doubtful mythology that surrounds Jews as being smarter or controlling the media and Wall Street. They are, in addition, frequently major figures in politics, business, and the culture. Blindly voting for every Democratic candidate is arguably not smart no matter what success one has achieved.

Nobody “controls” either the media or Wall Street--two enterprises that come close to the definition of chaos—though it is true that the media is nauseatingly liberal and Wall Street denizens of any or no faith tend to throw money at anyone who holds public office by way of buying protection.

I can remember a time when being Jewish was not an advantage. In the years leading up to World War Two if you were Jewish there were a lot of places that did not extend membership, universities with quotas, and a variety of practices that mirrored the exclusion that Blacks experienced, though not as blatantly. It was more of a benign bigotry.

If Jews blindly vote Democratic, then how smart are Blacks that do the same? It’s not about religion or race; it’s about a mind-set that is undeterred by facts. How can Blacks either not know or forget that it was Democrats that blocked civil rights legislation until the assassination of JFK?

As Tevi Troy wrote in an April edition of Tablet magazine, “Jews seem to be everywhere in politics these days—as candidates, strategists, officials, fundraisers, commentators, and more” noting that this “high level of Jewish involvement in national politics would have been unfathomable in the 19th century.

People wonder why some Jews gravitated toward the media. It is rooted in the ancient need of Jews to know what was happening where they lived because not knowing could get you killed. The Jewish involvement in banking has its roots in the early Christian prohibition against charging interest—deemed usury—for loaned money. When some Jews grew wealthy, the prohibition went away.

The focus of concern for Jews in the modern era has its roots in the World War Two horror of the Nazi Holocaust, but it picked up momentum with the establishment—actually the re-establishment of Israel as a Jewish state in 1948. It had been the Jewish homeland since 1310 BC until they were exiled by Rome in 70 AD.

Mitt Romney, a longtime friend of Israel’s Prime Minister Bibi Netanyahu, visited Israel and expressed his support in the strongest terms, including the right of Israel to defend itself against potential Iranian nuclear weapons. President Obama made a big deal out of signing a bill to continue military aid to Israel the same week. One assumes that both believe that the fabled “Jewish vote” can make a difference in what could be a tight race.

The irony of the Jewish vote today is that it is presumably in the pocket of a President who has often gone out of his way to display his disdain for Israel in general and Bibi Netanyahu in particular. This President with a distinctly Muslim name at one point even suggested that Israel return to its indefensible borders of 1967. That’s not going to happen.

One of the mysteries of politics is the fact that Obama’s current White House chief of staff is an orthodox Jew, Jack Lew, who was preceded in the office by Rahm Emanuel, a Jew, with a short stretch in between by Bill Daley. Rahm is now Daley’s mayor in Chicago. David Axelrod, also a Jew, has been Obama’s chief political advisor for years and is currently overseeing his reelection campaign. Obama seems to be comfortable having Jews serve in the White House and, apparently, so is everyone else.

As tracked by recent polls the slight movement of the Jewish community away from Obama is attributed to a concern for Israel and Obama’s perceived antipathy. Not all Jews are Zionists—supporters of the Jewish state—but not all Zionists are Democrats either.

It is more likely that the horrid state of the U.S. economy plays as much a role in the antipathy towards Obama as any other factor. The other most fervid group of supporters of Israel is evangelical Christians and no one expects Obama to get their vote given his support of same-sex marriage and abortion.

Since Jews and Blacks are largely still in the thrall of Obama, it hardly matters to ask for whom they will vote. Blind faith may be okay in the synagogue or church, but not in the election booth.

OUTSTANDING! I have been waiting for this one with great anticipation...

And tomorrow I am going to re-post it too... With all proper accreditation of course!

Alan, the liberal Jew is foremost a liberal, than a Jew. The Israel-supporting Jew are the true Jews and these won't vote for Obama. I can not understand this need with Jews to side with those intent on destroying them. In South Africa, it was the Jewish people who fled the country first when the ANC came into power - after the Jews were the ones who were the biggest supporters of dismantling the system. Go figure.

It's called voting with your feet. The lessons of the Holocaust are such that Jews today know when to pack their bags and leave a hostile situation.

While I can't disagree with your analysis, we must admit that most human decisions aren't rational--they're rationalized after the fact, but they are made based on emotions rooted in pre-rational beliefs from childhood. It requires an act of will, usually painful and discomfiting, to overcome those early beliefs.
A lot of Jews and Blacks (and many others, especially union workers) FEEL that the Dems are in their corner, and no amount of rational argument will move them. That's one reason why Republicans and to a larger degree conservatives and libertarians have failed to generate greater support--they appeal constantly to reason. Ever wonder why Dems are SURE Repubs are using code words? Because DEMS do, and presume Repubs must do the same. Those code words assure those who have been stabbed in the back over and over that the Dems still are trying hard for them, even though any rational analysis demonstrates the opposite. What group has benefitted in the long term from Democratic largesse? Like say for example in the inner-city school districts wholly run by Democrats...

Attn: Pitch
Do not comment here in the future.