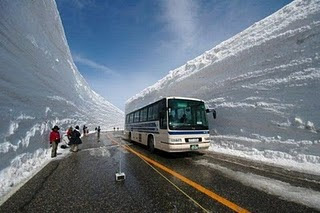 
Reports of recent blizzards in the Midwest and Northwest filled the television news and print media, but blizzards have always been part of the history of the nation and are occurring worldwide, taking a human toll.


In the northeast, the great blizzard of 1888, March 11-14, wrote a chapter in the history books as one of the most severe. Snowfalls of 40-50 inches fell in New York, New Jersey, Massachusetts, and Connecticut. It had sustained winds of more than 45 miles per hour and produced snowdrifts as high as 50 feet.


In a new book, “Disaster! A History of Earthquakes, Floods, Plagues, and Other Catastrophes” by John Withington ($14.95, Skyhorse Publishing, softcover) provides a look at some of the greatest blizzards to strike the nation. Writing about the Blizzard of 88, the author notes that “It paralyzed the east coast of the United States from Chesapeake Bay to Maine, as well as affecting parts of Canada.” The great plains of the nation had been hit by a comparable blizzard just three months earlier in January 1888. It killed an estimated 236 people.


The Blizzard of 88 literally shut down life for those impacted by it. “On land, an estimated 400 people died, including 100 in New York City. At least 100 seamen died.” It led to the creation of a subway system that was authorized in 1894.


There was no blather about “climate change” because people understood it was a natural event. Just like Hurricane Sandy or, earlier, Hurricane Katrina, that struck New Orleans and the Gulf States.


While there have been any number of big storms that  have struck the nation, a blizzard in March 1993 was called “the storm of the century.” As with Hurricane Sandy, it was forecast due to advances in meteorology such as weather satellites. “On 12 March, though, snow began to fall as far south as Georgia and Alabama, with Birmingham recording twelve inches.” It closed airports from Halifax, Nova Scotia, to Atlanta, Georgia. Altogether, 500 people died, many from heart attacks as they shoveled snow.”


IceAgeNow.info, a website maintained by Robert W. Felix, the author of “Not by Fire, But by Ice”, arguably the leading authority on past ice ages and based on the best science available, notes that the planet is on the cusp of a new ice age. His website tracks news of frigid weather events.


Since December 21, IceAgeNow has reported that dozens died in a Ukrainian “cold snap” that recorded at least 83 deaths, gripping that nation. In Poland, more than 60 have died since October. At the same time, heavy snowfalls occurred in Bulgaria. Russia has been particularly hard hit.
In the U.S. up to 18 inches of snow fell on West Virginia and we have noted the recent blizzard that hit the Midwest. California’s mountains have experienced heavy snowfall with 13 feet recorded on Mt. Shasta.
There is a strong possibility of more monster storms in America and worldwide. It could portend a new ice age because the average length of interglacial periods between ice ages is 11.500 and that is the length of time since the last ice age.
In addition, solar scientists are worrying about a natural cycle of the sun which is producing less radiation (warmth) in recent years.
When people like Sen. John Kerry, nominated to be the next Secretary of State, cites global warming as “the greatest long term threat to our national security” you need to pay attention because it demonstrates not just ignorance of the facts, but a dangerous stupidity.
As Dr. E. Kirsten Peters says in her new book, “The Whole Story of Climate: What Science Reveals About the Nature of Constant Change”, “Thus, if the Earth continues to behave as she has for the past two million years, we must expect a return to bitter cold at some point, with ice sheets that reach as far south as Nebraska once again. And, as scientists have recently learned, the change to that bitterly cold climate regime is likely to be fast, happening over a generation or two.”
“If we think of climate change as our enemy, we will always be defeated.” The last ice age was one in which “glaciers had once buried much of Europe and a good measure of North America.”
This is the reason to ignore the United Nations Intergovernmental Panel on Climate Change that has been falsely predicting global warming since it conjured up the Kyoto Protocols in 1997 to require participating nations to reduce carbon dioxide emissions that it claims cause global warming; a warming that is not happening and a baseless claim.
It is a reason to ignore and excoriate Al Gore who has greatly profited from the global warming scare campaign. It is a reason to be deeply suspicious of President Obama who continues to speak of “climate change” and the members and agencies of his administration such as the Environmental Protection Agency that justify a flood of regulations based on this false claim.
The politicians and pseudo-scientists have misled Americans and others worldwide who are beginning to experience a very different reality.
© Alan Caruba, 2012
Posted by Alan Caruba at 3:20 PM

Alan ,
I actually ran across Your site a couple years ago Via Robert`s superb "Ice Age Now" site while researching where We were regards glaciation cycles in response to the main stream media`s histrionics about the slight rise in temps since the 1970`s.

Both Your and Robert`s sites are much appreciated

Alan, my wife asked me where that picture was taken .... that's a bunch of snow!

Guy, I do not know the location.

Thanks. I always wondered where the photo was taken.