What If George Zimmerman is Found Not Guilty?


White people have largely made their peace with the changes that were initiated with the Civil Rights Act that Lyndon B. Johnson signed in 1964 in the wake of the Kennedy assassination. The Jim Crow era that included segregated schools and other indignities is long gone, but it took a hundred years past the Civil War to reach that point.


Race has always been a factor in American life dating back to the importation of the first slaves to the colony of Jamestown, Virginia in 1619. One of America’s leading historians, Thomas Fleming recently had a new book published, “A Disease in the Public Mind: Why We Fought the Civil War”, that recounts the problems the Founding Father’s encountered as they sought to fashion the Constitution in 1787. The issue of slavery was an obstacle and, as the Founders feared, it led to the Civil War.


In the years immediately preceding the war, the calls for the abolition of slavery increased at the same time white southerners had spent decades gripped with growing fears of being killed by the slaves who vastly outnumbered them. There were approximately 4,000,000 slaves, mostly in the south, and some 500,000 free blacks, generally in the north. They were a substantial part of the population, but it is little known that only six percent of the southern white population, approximately 316,632, owned slaves. It is even less known that some free blacks owned slaves as well.


Fleming asked “Why did they (the southerners) sacrifice over 300,000 of their sons to preserve an institution in which they apparently had no personal stake?” The answer, generally stated, was that, by 1861 the northern states passionately hated the southern states and vice versa. That was the disease in the public mind.


I cite this bit of history because I keep hearing the question “If Zimmerman is acquitted of killing Trayvon Martin, will there be race riots?” Like the southerners of old, whites, Hispanics and others today are concerned about black violence.


In the week preceding July 4th, there were reports of black on white violence in Greensboro, Portland, Chicago and other cities around the nation

In 2011 I reviewed a book by Colin Flaherty, “’White Girl Bleed A Lot’—The Return of Race Riots to America.” Flaherty stated that “Race riots are back along with widespread racial crime and violence.” He documented these episodes, noting in particular that “local media and public officials are silent…this denies the obvious: America is the most race conscious society in the world. Few know about it (the violence). Fewer still are talking about it.”


In October the sixth edition of his book will be published by WND Books. When I asked him whether the fear of racial riots after the verdict in the Zimmerman trial is rendered were justified, Flaherty replied that “I have not noticed anyone saying if Zimmerman is acquitted there will NOT be a riot. It seems to be a given, especially since I documented at least a dozen examples of black mob violence following the Trayvon Martin episode.”


“So I cannot predict the future, but I know that cops all over the country will be ready for violence. There is so much black mob violence happening now without any specific precipitating event, it does not seem like a stretch to make sure the cops are ready for more.”


A visit to Flaherty’s website confirms his observations regarding violent attacks. Even the media is beginning to give them more coverage, but blacks are frequently referred to as “urban youths” and other euphemisms. 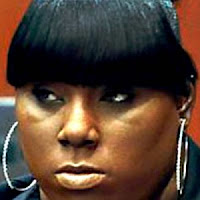 In a post on his site, “Trayvon, Jeantel and Critical Race Theory”, Flaherty examines the theory, initiated by Derrick Bell. “Critical Race Theory says racism is everywhere,” within the black community, says Flaherty, “And it is permanent. As for any gains made in the courts or in public or private life”, the theory holds that “they are an illusion. And serve White Supremacists who lead a life of White Privilege.”


Given that voters have twice elected a black President, the theory seems absurd, but it is useful to keep in mind that President Obama sat through twenty years of Rev. Jeremiah Wright’s racist sermons, the most famous, following 9/11, in which he said “God damn America.”


Following the shooting of Trayvon Martin, Obama said, he “would have looked like my son.” The trial is not going well for the prosecution at this writing and whites are wondering whether the President will say something to warn blacks against any rioting when the verdict comes in.

Trayvon Martin’s slaying became an international subject last year, partially because of Obama's involvement, and the Black Panthers involvement, the media’s blind support to the Liberal Cult of Equality stoked racial tensions by first insisting that George Zimmerman was white. When that proved to be untrue, they deliberately doctored evidence to lend the false impression that Zimmerman stalked Martin because he was black. They were mostly silent regarding a neighbor of Zimmerman’s claim that his gated Florida community had been hit by eight burglaries in the fifteen months prior to Zimmerman’s fatal encounter with Martin, ALL OF THEM perpetrated by young black males.
For all the smug avowals of the brainwashed and sold-out egalitarian media that the so-called “racists” are “living in the past,” the late-stage progressive agenda can only be clumsily propped up by continually reminding the public of racial atrocities that largely ceased happening generations ago.......

What George Zimmerman did was NOT wrong, he did not allow himself to be beaten to death by yet another black thug. Does that makes him a bad guy.? This is to me is a good guy!
So instead of bringing in some real and hard evidence, so far the Martin attorneys scrambled last week and came up with that that “cracker” is not a racist term. After all, that’s what Rachel Jeantel claims, and even though the sentient, white people are too stupid to understand her. A thick-necked, fat looking slob who couldn’t even speak English enough to be heard and or understood. A she-beast who appeared to be barely comprehend what was being said and too “ignorant” to even lie properly. But rather lectured us about “Creepy assed Crackers. Call me cynical, but I think by bringing in this useless idiot, the State showed just how desperate they are.

If Zimmerman is acquitted there will be nationwide attacks by blacks on whites and riots in some cities, this is almost an axiom at this time, thanks to the Leftist Lamestream Media that fanned the fires of black racism.

As for poor innocent Mr. Zimmerman - if he doesn't get lynched by the racist blacks of central Florida - he will very likely be indicted by the infamous and dastardly Attorney General Eric "Von" Holder for "Civil Rights Violations" and be dragged thru another trial at the federal level.

The end result of this racial drama will be the rise of REAL (as opposed to the imagined white racism of today) and America's bloody cycle of racial violence will continue until the opposing sides get tired of killing one another.

Thank you very much, President Obama, you could have ended the black racist hate and murder, but you chose to dump gasoline on the fire!

Obama has had numerous opportunities to quell racial tensions in this country over the past five years, and yet, not only has he repeatedly failed to take action, he has gone out of his way to inflame racial tensions with divisive comments and inflammatory rhetoric. I fully expect him to remain largely silent until the verdict is read and violence breaks out, at which time he will probably toss fuel on the fire with more snide comments about white people "acting stupidly".

The bottom line is that Zimmerman is probably going to be found innocent, and thanks to Obama's inaction and widespread media bias, the black community will almost certainly go nuts. Hundreds or thousands of people will die, and millions of dollars worth of property will be damaged, and for what? The promotion of a flawed, bigoted ideology that less than 30% of the population supports? It's ridiculous, and it's about time someone held this administration responsible for it ...

This guy explains it...

I tried to send you a few emails, but AOL has decided I am a bad boy and will not let me send mail to AOL account.

Anyway, just wanted to thank you for your attention. and Congratulate you for a good article.