Can the Tea Party Take Over the GOP?


“Republicans never, ever win the presidency unless they nationalize the election by campaigning on a conservative agenda—drawing a sharp contrast between the Democrat worldview and the conservative worldview.”

That’s Richard A. Viguerie offering his insight and advice in his new book, “Takeover” ($27.95, WMD Books) and, if you have been wondering why Republicans have been losing presidential elections with candidates like John McCain and Mitt Romney, he tells you why. “It is hard for conservatives to understand that establishment Republicans are the enemy.”


By “establishment” he is referring to the inner circle of elites who have been content to work with Democrats they have for decades to make government bigger because they like spending taxpayer dollars just as much and have embraced Big Government by creating the Department of Education, the EPA, and other entities.


Viguerie has been involved in building the conservative political base in America since the days of Barry Goldwater. Starting in 1961 he used direct mail to build and enlarge that base, and he has had to watch a succession of so-called Republicans from Nixon to Bush 41 and 43 campaign as conservatives and then act like Democrats.


Significantly, Jenny Beth Martin, president and co-founder of Tea Party Patriots, wrote the foreword to “Takeover”, saying “It is a civil war between limited-government, constitutional conservatives and the progressive, establishment wing of the GOP. And make no mistake: the establishment wing of the Republican Party is progressive, and has been ever since conservatives stymied Teddy Roosevelt’s attempt to reclaim the Republican presidential nomination in 1912 and make progressivism that governing philosophy of the Republican Party.”


Viguerie reminds us that, when Republicans hewed to conservative principles, they won three landslide presidential elections in 1980, 1984, and 1988, but when they put those principles of small government, fiscal prudence, and a strong military in 1992, 1996, 2008, and 2012, they lost—big time. 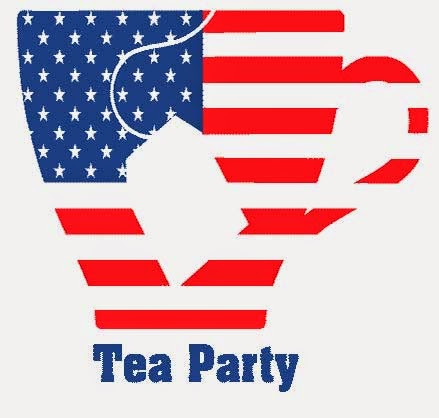 As of this writing, the day after the June 3 primaries, Tea Party supported Republican candidates, Joni Ernst in Iowa and Steve Daines in Montana had won while, in Mississippi, the race was so close that there will be a run-off between Tea Party challenger Chris McDaniel against Thad Cochran.


The good news, as Viguerie points out is that “For over twenty years polls have shown that Americans, by a two-to-one margin, self-identify as conservatives. Today, a record number of Americans—60 percent according to the Gallup Organization’s governance poll—say that the federal government has too much power. This follows on an earlier Gallup poll in which 64 percent of those responding said the greatest threat to freedom in Big Government—and the biggest jump in that fear is among Democrats.”


The result in 2010 was Tea Party candidates, “without any real direction from the national GOP, drew a sharp contrast with Big Government Republicans and with the Democrats on taxes, spending, the growth of government, and especially on Obamacare, to power the GOP to pick up six Senate seats and win historical sixty-three seats in the U.S. House of Representatives, recapturing the majority, and making it the largest seat change since 1948 and the largest for any midterm election since the 1938 midterm elections.”


Barack Obama has been a gift to conservatives and we are seeing his approval ratings fall like a rock. “For fifty years I have been saying that to change things and stop the slide to socialism, two things needed to happen: first, things need to get really bad really fast; and second, there needs to be some political vehicle, some means for the people to channel their anger, and to translate their outrage into political action. Guess what: we’re there.”


The forthcoming November midterms can save America from the Democrats and from the establishment Republicans, the elites in Washington who have been happy to expand the government and continue spending money we don’t have.


The bulk of Americans are conservative and, in November, they have to go to the polls and elect Tea Party candidates, regain control of the Senate, expand membership in the House, and provide the means to thwart Obama’s “transformation” of America.

Alan: Once again you hit the nail on the head!

I agree there is a patriotic political tsunami in the making that has been ignored in large measure by the Lamestream Media, which threatens to place the Tea Party Movement in charge of both Houses of Congress come November, 2014.

However, the executive branch and its federal bureaucracy still call the Big Government shots so the stage is set for conflict in 2015 that I hope will not become violent.

After all, it is a case of the American revolutionary train running head on into the Obama style Russian Revolutionary locomotive under full steam.

It's gonna be one hellva a train wreck starting in 2015!

Actually, many people seem to understand that the problem is politicians who think they are entitled to their job for life (they's make that a law if they could). There's no such thing as citizen government anymore. Don't know if enough people care or not. As noted above, many just think it's time to pull out the guns and start shooting. Not much of an improvement over the current regime and a lot more costly.

I'd say insurrection worked well in removing an oppressive British regime in America during the late 18th century - and that the republic established in 1789 by the violent American Revolutionary War of 1775 to 1781 was a vast improvement over the royal government of King George III.

A little civics lesson, TAC, America is a representative democracy under a constitution, not a "citizen government" where the majority rules, as you seem to think and, yes, the people who count in this country DO CARE, as witness the creation of the Tea Party Movement (TPM) in 2009.

In regards to "pull out the guns and start shooting" - the TPM opposition to date has remained peaceful. This despite the fact that American Patriots have every right to remove the Obama regime by force based on the president's track record of rule by Executive Orders that marks him as a dangerous tyrant.

A wise man once said, "Those who make peaceful change impossible will make violent revolution."
inevitable."

I do not think the time for a Second American Revolution has come.

I do not advocate violence.

I think there are plenty of non-violent steps yet to be taken, for example, massive Martin Luther King style peaceful civil rights marches, strikes and individual acts of resistance like refusal to pay federal income taxes.

However, if at the end of a very long day, all acts of redress fail and the oppressive federal government makes war on the American People, as did the British Army in 1775 when it marched north from Boston on the great gun grab raid, We The People have no other option except to defend ourselves.

Is the TEA Party the answer to all of Americas ills? I don't think so, I'm not sure the TEA Party has the presence of mind to realize what they have at their finger tips.

The GOP is run by a bunch of stodgy old *go along to get along* people that will jump on the Dem bandwagon with no 2nd thought. The GOP is in severe need of a serious makeover but the TEA Party needs to get a grip on some of their local chapters.

In some areas, right here in North Texas certainly, the TEA Party has alienated more Conservatives, and driven them back to the GOP, than far too many care to admit to.

The TEA Party, much like the GOP, is very good at snatching defeat from the jaws of victory.