Why is the U.S. Government in the Mortgage Loan Business? 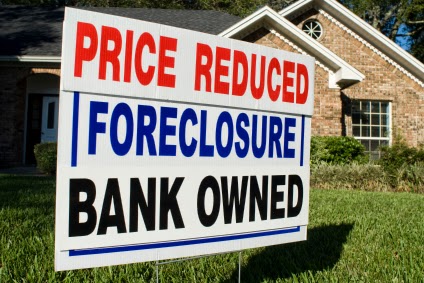 
It is often truly astonishing to me the harm done by the way the federal government was expanded well beyond its constitutional limits during the 1930’s New Deal era. One dramatic example is the government’s role in the housing mortgage loan marketplace.


I recently read a commentary by Steve Stanck, a research fellow at The Heartland Institute, a free market think tank, whose title was “Don’t Replace Fannie and Freddie; End Them.” He began by pointing out that “For every 100 mortgages being sold in the United States these days, at least 94% of them have government backing.”


Fannie is shorthand for the Federal National Mortgage Association and Freddie is short for the Federal Home Loan Mortgage Corporation. Both are referred to as “government sponsored enterprises” and Stanck points out that “The housing market was nearly ruined several years ago, and the government’s involvement is a big reason” because, before the 2008 financial crisis, both “were bundling mortgages into mortgage-backed securities and selling them to investors”, primarily banks.


Still largely unknown to the public, the financial crisis was triggered on September 15, 2008 when the Federal Reserve noticed a tremendous drawdown of money market accounts in the U.S. amounting to $550 billion dollars in the matter of an hour or two. This was revealed in a 2008 congressional closed door session and later reported by Rep. Paul Kanjorski of Pennsylvania. Had the Federal Reserve not closed down the accounts by 2 PM that day, the entire economy would have collapsed, followed by the world economy a day later.


To this day, the identity of those who initiated the withdrawal has not been revealed, but the banks that were heavily invested in Fannie and Freddie’s bundled mortgage-backed securities were most at risk. Those securities were regarded as a safe investment precisely because both are, as noted, “government-sponsored enterprises”, implying that they were backed by the government—taxpayers.


When the housing bubble burst in 2008, the federal government put Fannie and Freddie into conservatorship “and handed them $188 billion to stay afloat. The actions of both entities had artificially lowered mortgage interest rates in order to increase home buying and required lenders—banks—to loan money to riskier borrowers.


As Brian M. Carney noted in a July 26, 2010 Wall Street Journal editorial opinion, “The official version of the housing boom and bust, and subsequent panic and recession, tells us that greedy bankers took unacceptable risks, assumed too much leverage, made irresponsible loans, and left the government to clean up the mess. The causes of the crisis, in this version, include banker bonuses, deregulation ideology and predatory lending. Most of this is nonsense.”


Carney noted that “There’s simply no room in this story for two giant government-sponsored enterprises that distorted the housing and credit markets…” Those would be Fannie Mae and Freddie Mac.


Stanck notes that there is a bill in Congress to “wind down Fannie and Freddie. This is good. But they want to replace those organizations with private mortgage bond issuers who would each have government guarantees back by a new entity called the Federal Mortgage Insurance Corporation. This is bad.”


It is bad for the same reason that Fannie and Freddie are bad. The government needs to get out of the mortgage loan business. The bill barely squeaked through the Senate Banking Committee on May 15 with minimal support.


The new entity that the bill would create would charge fees to the private mortgage bond issuers—“fees that would be based on how many people in ‘underserved’ demographic groups receive mortgages” leading to “more of the subprime lending that played such a big role in the most recent housing mortgage collapse.” It is nothing more than Fannie Mae and Freddie Mac with a new name.


Stanck sensibly says “Let borrowers and lenders strike their own deals without government meddling. In that way, mortgage interest rates would better reflect true risk, there’d be almost no way for legislators to inject corruption and cronyism into the system, and taxpayers would not be at risk of shelling out more hundreds of billions of dollars.”


You may read or hear that Fannie Mae and Freddie Mac are returning to solvency, able to turn a profit in the first quarter of 2014 and this is true. Those profits are going straight into the U.S. Treasury to resolve their debt incurred when they were bailed out. When they pay it back, they should, as Stanck says, be ended, not replaced.


So long as they exist, another housing boom and bust, and another financial collapse will repeat what occurred in 2008.

Could you help me, Alan?

I don't see that section of the U.S. Constitution that allows the federal government to do mortgages.

Ron, I couldn't find anything either.

This nation needs to get back to limited government before it implodes.

99.9% of what the federal government does is not allowed by our Constitution. Mortgages are no exception.