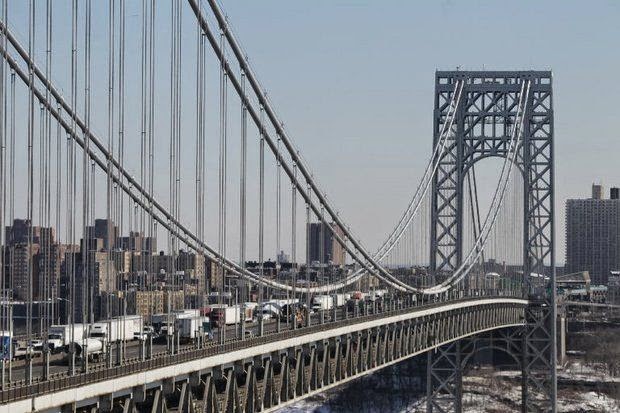 
A fatal crash on the George Washington Bridge this morning caused major backups, trapping commuters for up to three hours and stalling traffic back to the Garden State Parkway and other highways leading to the bridge. After Gov. Chris Christie spent two hours answering every question reporters asked following the revelation that an aide—whom he fired immediately—had engineered a comparable problem I had no problem believing he had nothing to do with it.


I am New Jersey born and raised, and I have lived here most of my life with time out to attend the University of Miami in Florida and Army service in Georgia. I have traveled all over the U.S., but I always was happy to come home to a little town, a suburb of Newark where I was born. These days I live one town over, having sold my home of more than 60 years because the property taxes here are for many of my generation a burden,


I tell you this because Gov, Chris Christie’s life has a number of connections to my own. He too was born in Newark and his father, like mine, was a certified public accountant. A 1984 graduate of Delaware, he earned his law degree from Seton Hall University School of Law in the community where I have lived for a decade. 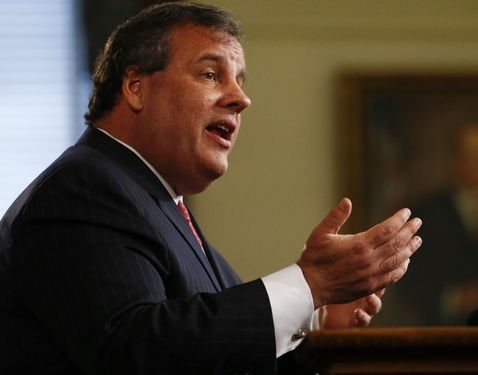 Like many in the Garden State I became aware of Christopher James “Chris” Christie when he served as a United States Attorney, appointed to the position by George W. Bush in 2002 and serving until 2008. During that time, he amassed an impressive record of convictions with an emphasis on corrupt politicians along with sexual slavery, arms trafficking, racketeering by gangs, and other federal crimes.


In January 2009 he declared his candidacy for Governor and, in November, he defeated incumbent Jon Corzine who, like his predecessors, had driven up taxes while never really solving the state’s budget problems. In his first term, Gov. Christie drove a number of hard bargains with the state’s civil service unions, primarily the teachers union. When he won reelection to a second term in November 2013, he became the first Republican to earn more than fifty percent of the vote in a quarter-century.


New Jersey is a blue state, heavily Democratic politically, and his reelection quite naturally made Republicans nationwide take notice. He is also a very savvy politician and not one to make every decision along strict ideological grounds.


In his first term he achieved a remarkably good working relationship with the state’s Democratic legislature. After Superstorm Sandy hit New Jersey n 2012, wreaking heavy damage to shore communities, he was quite visible in the company of President Obama when he paid a visit when he was also campaigning for reelection. That paid off in significant federal funds to help rebuild. Christie agreed to expand the state’s Medicaid problem under Obama’s health law. He vetoed a bill that would sanction gay marriage, but declined to appeal a court ruling that legalized it.


Like other Governors in states with Democratic legislatures, Christie inherited massive budget deficits. In his first term he bargained with the New Jersey Education Association and the Communications Workers of America, two of a dozen civil service unions, to increase their members’ payments toward pensions and medical benefits, but in turn they won bigger payments by the state into their troubled retirement fund.


Faced with yet another budget gap, Gov. Christie proposed taking $2.4 billion meant for the pension system in order to achieve a balanced budget because, as he said, there is nowhere else to find the money other than to raise taxes or reduce spending for schools or hospitals. He bluntly said that the state cannot afford the level of benefits it provides public workers. As this is written, fourteen unions for teachers, police officers, firefighters and state workers have filed lawsuits to stop Christie’s transfer of funds to the budget.


In January “bridgegate” erupted when it became known that one of his aides had apparently urged highway lane closures to the George Washington Bridge as political retribution against a Democratic mayor who did not endorse him for re-elections. In response he devoted two hours to a press conference in which he answered every question, denying any knowledge of the aide’s action and, to date, hearings by the state legislature have been unable to connect him personally to it. The Democratic Party and liberal media saw it as an opportunity to eliminate him as a potential presidential candidate in 2016.


“Bridgegate” is losing traction and is not likely to play a role in any decision he makes to run for President. The cost of defending himself and members of his administration has cost New Jersey taxpayers $3 million in legal fees at this point. In a hearing, Christie’s chief of staff deemed it “a major distraction.”


Conversely, he has remained very popular within the Republican Party, despite ideological divisions. He is currently chairman of the Republican Governors Association, giving him regular access to some of the Party’s leading national donors. He is a welcome speaker at many GOP conferences.


To the question, will he announce his candidacy for the presidency, he remains uncommitted to the decision and, at this point, that’s a wise course of action. Christie has, in his usual blunt fashion, said of any suggestion that being from a northeastern state, “I hear people all the time saying, ‘You wouldn’t play well in the South’ or ‘You wouldn’t play well in Iowa’—It’s all garbage.”


“In the end,” says Christie, “people like people who are genuine and who are real. I think they’re willing to cut you slack even if they don’t agree with you on certain things if they think you’re being genuine and authentic”, adding “I would rather lose than try to pretend to be somebody else.”


Virtually alone among Republicans who might contend for the GOP nomination and the presidency, Gov. Christie is what you see and what you hear. If he does secure the nomination that will be a major factor in 2016 and will guarantee a tough fight for the Democratic candidate.

Would I vote for him? Sure. And I would also be happy to vote for Ted Cruz and Allen West it they were the GOP candidate.

I like the fact that Christie is outspoken and unafraid of the Lamestream Media; however, I also think he's a Progressive and as such is unacceptable as a Republican president.

NO!! Christie believes Climate Change is a major crisis, he doesn't think the Muslim Brotherhood / CAIR are a problem, he thinks there is a need for some form of Amnesty, and he ran for years on a plank that he would remove guns from the hands of everyone (except his security, of course).

With these kinds of negative, I surely would not vote for him.

I don't believe the Republican candidate for 2016 has appeared, although Ted Cruz does seem to have thrown his hat in the ring.

I like Ted Cruz and his position on the issues; however, I see a "Mr. Nice Guy" who like George Bush would show too much compassion for many Leftist politicians many think are out and out traitors and criminals.

It is dangerous for a person to ASSUME that other Tea Party people feel the same way, but I detect lots of righteous anger out there in flyover country; therefore, I'm of the opinion that We The People are looking for a kick-butt stalwart Republican leader like fearless Lincoln who speaks words of wisdom right on, backs up his words with action, and is unafraid of the hate storm from the Left.

These are civil war times and already we are having a Cold Civil War between the Right and Left. The tipping pint to actual insurrection in our divided nation approaches as the age of compromise has long passed. America will come out of this crisis either as a reborn Free Republic, or a Socialist Gulag.

We The People search for a great leader to see us thru this crisis and I believe he's out there somewhere in flyover country, and may, like U.S. Grant, think he's a failure in life, little aware he will have an honored place in history.

I think the Republican candidate HAS appeared it is Ben Carson MD. Of course he is not a politician but a neurosurgeon and I might be a but biased surgeons are always accused of supporting each other but in this case he could be the guy to turn things around and not cower to playing the typical games of politics we know exit. Games like I will do this for you if you do that for me. That is plain nonsense. If the bill is proper then vote for it regardless of what you "owe" someone else or not. Enough of this destruction of the core principles that started this country. Lets get back to the Constitution and the concept of minimal government rather then having this huge over burdening entity regulating ruling and dictating every portion of our lives Dr D

If the current batch of GOP Politicos are the best and the brightest the GOP can come up with; we are screwed...

Allen West may well be the VERY best, and I could support him 100%, past that, there's not an interesting or desirable candidate in the crowd in MY opinion..