No, Obama is Not Above the Law


It was hard enough trying to keep up with the revelations of various scandals that have been the product of the Obama administration, but now into the second year of his second term, the news of its actions—some of which are illegal, some of which ignore Congress’s authority, and some of which seemed determined to destroy our economy and attack our constitutional freedoms--all keep assaulting our comprehension. 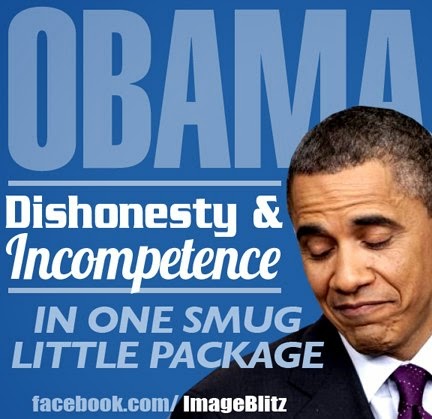 Like many Americans I have fears of losing our freedoms as set forth in the Bill of Rights. I have doubts about an almost invisible “recovery” of the economy when 92,009,000 are still not in the labor force. I look at the Obama presidency and see one that seems increasingly lawless and witless in so many ways.


The latest assault was the exchange of five Taliban detainees, top field commanders, for an American soldier who administration spokeswoman, Susan Rice, said had served with “honor and distinction.” Like her lies about the Benghazi attack, this too was a lie. Sgt. Bowe Bergdahl had, we swiftly learned, walked away from his post in Afghanistan. That makes him a deserter, something the administration must surely have known. Giving up the Taliban leaders, done without the required thirty days’ notice to Congress, looks more like Obama’s intention to empty Guantanamo then the claim of retrieving an alleged POW. Negotiations to achieve this had been ongoing for months.


This comes at a time when a report by the think tank, the Rand Corporation, spells out a 58% increase from 2010 to 2013 of jihadist groups worldwide, from 31 to 49, and a doubling of the number of jihadist fighters to an estimated 100,000. In addition, the report notes the number of attacks by al Qaeda affiliates had increased to roughly 1,000 from 392. As Seth G. Jones, the author of the report, says, “The current trends suggest that the struggle against extremism is likely to be a generational one, much like the Cold War.”


Not exactly the “end of a war” that Obama keeps talking about.


At the same time Obama turned five Taliban commanders loose, his Attorney General, Eric Holder, announced the creation of a special task force within the Justice Department to combat what he characterized as “escalating danger” from “homegrown” terrorists within the U.S. Given the fact that we have a huge Department of Homeland Security, created after 9/11, one wonders why such a task force is necessary, but we are told it will be composed of members of the FBI and the Department’s National Security Division.


The Obama administration is the same one in which the Internal Revenue Service targeted Tea Party and patriot groups seeking non-profit status. A pattern of using the government against them reflects an agenda to target any American who disagrees and speaks up against the abuse or neglect of constitutional rights.


One of those is the right to own and bear guns, but this is also an administration that has made many efforts to curb the Second Amendment and gun ownership. At the same time, we have read reports of massive purchases of ammunition and weapons by various elements of the federal government. One can understand the need to arm agents of the FBI and Homeland Security, but why did the Postal Service and Social Security agency, as well as the National Oceanic and Atmospheric Administration need to purchase lots of ammunition?


Concurrent with this has been the deliberate reduction in the nation’s military strength to a point that rivals what existed prior to World War Two. We have a far smaller navy. Our Air Force has both older and fewer aircraft. Our Army and Marine units have far fewer men and women in active service. There are concerns about the capabilities of our National Guard as well. Meanwhile, police forces around the nation are being given military-level vehicles and weaponry.


Largely unknown to most Americans is the National Defense Authorization Act which empowers the U.S. military, under presidential authority, to arrest, kidnap, detain without trial, and hold indefinitely American citizens thought to “represent an enduring security threat to the United States.”


Reportedly, a study funded by the Department of Homeland Security characterized Americans who are “suspicious of centralized federal authority,” and “reverent of individual liberty” as “extreme right-wing” terrorists.” Does that include members of the Tea Party movement? Members of the National Rifle Association and of veterans organizations? Opponents of abortion? All have been described as potential domestic terrorists by elements of the Obama administration


A friend-of-the-court brief in a case opposing the Act, stated: “The central question now before the court is whether the federal judiciary will stand idly by while Congress and the president establish the legal framework for the establishment of a police state and the subjugation of the American citizenry through the threat of indefinite military arrest and detention, without the right to counsel, the right to confront one’s accusers, or the right to trial.”


Writing at World Net Daily, Bob Unrah noted that “The new law authorizes the President to use ‘all necessary and appropriate force’ to jail those ‘suspected’ of helping terrorists.’” Since the law passed,” reported Unrah, “multiple states have passed laws banning its enforcement.”


While Obama is releasing declared enemies of the nation to return to the battlefield, he and his Attorney General are expressing concerns about homegrown terrorists and the mere accusation of being sympathetic to terrorism will be enough to get a lot of people detained without any Bill of Rights protections.


Obama has unleashed the Environmental Protection Agency to assert new limits on greenhouse gas emissions by many, if not most, of the nation’s 600 coal-fired plants that generate electricity. Many plants have already closed their doors. Joseph Bast, the president of The Heartland Institute, a free market think tank, responded saying, “President Obama and the Democrats are once again unleashing the Environmental Protection Agency on the American people. This is Obamacare for the environment: guaranteed to raise costs, reduce choices, and destroy an existing industry. By the time the EPA is finished, millions of Americans will be freezing in the dark.”


David Rothbard and Craig Rucker of the Committee for a Constructive Tomorrow (CFACT), another leading think tank, warned that states will be required to impose “cap-and-tax regimes like the ones Congress has wisely and repeatedly refused to enact. Others will be forced to close perfectly good, highly reliable coal-fueled power plants that currently provide affordable electricity for millions of families, factories, hospitals, schools and businesses. The adverse impacts will be enormous.”


This is a pattern of activity that will harm the U.S. economy by reducing the production of energy vital to nation’s current and future growth. In a similar fashion, the Obama administration has reduced access to explore and extract vast offshore energy resources and those that exist on federal lands.


Taken together these and other actions put at risk the future and the freedoms Americans have enjoyed since the U.S. Constitution became effective on June 21, 1788. We are watching this 226-year-old republic being put at great risk of survival.

Sir, I would argue that he has been made 'above the Law'. He is, by virtue of the fact that Democrats, by their silence, give him consent to be a dictator. Republicans in congress, by their cowardice give him consent. Obama's reign has proved, in my opinion, beyond a shadow of a doubt, that we are through. Most under 30 haven't a clue as to the Constitution, it's original meaning, nor an appreciation for Freedom. America is selling itself into servitude in the name of the false god of equality, diversity and tolerance. America has gone from the United STATES to vassals of the State. I see no indication that this will change.

I agree, Barack Hussein Obama is not above the law.

Barack Hussein Obama is the law.

Alan says, "We are watching this 226-year-old republic being put at great risk of survival."

The keyword there is "watching". As Billiam says in his comment above, "Democrats, by their silence, give [Obama] consent to be a dictator... Republicans in congress, by their cowardice give him consent... Most under 30 haven't a clue." Like people, like priest. In the end, people get what they ask for.

But they must, nevertheless, be warned. It's a good thing, Alan, that -- like Ezekiel of old (Ezek 3:17, etc) -- you are persevering in your role as watchman to America.

Thank you, DJ. I will continue to be watchful and to speak out.