States Push Back Against Common Core in Their Schools 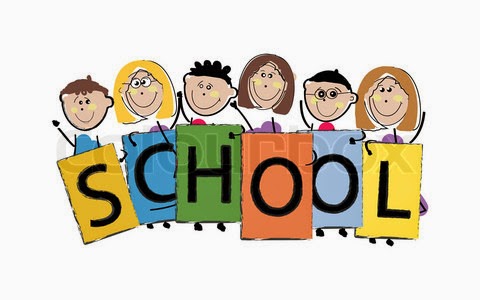 
It’s vacation time for the nation’s school kids and, while they play, states are beginning to push back against the latest effort of the federal government to exert total control over the nation’s schools; Common Core, whose curriculum standards and content rapidly revealed it to be a nightmare.


As I frequently note, the word “education” does not appear in the U.S. Constitution because the Founding Fathers knew full well that education was the job of localities and states to ensure quality and the opportunity that it provides everyone willing to learn the basics and beyond. From its earliest days, Americans would create a town, build a church, and follow up with a school. Until liberals complained about it, school days began with a prayer.

Liberals know that whoever controls schools controls the future. Dictatorships of all descriptions in particular place heavy emphasis on raising new generations with the kind of indoctrination that only the early years in school can impart. It should come as no surprise that the last failed liberal President, Jimmy Carter, ushered in the creation of the U.S. Department of Education


Still largely unknown to the general public is the control of the Department by teachers unions, the National Education Association and the American Federation of Teachers, and their support of the Democratic Party. This accounts for much of the well documented decline of education in America. The union’s chief concern is higher pay and benefits for teachers, not the welfare of the children in their care. Their focus is on politics, not teaching.


In March, the Cato Institute’s Center for Educational Freedom issued a new study on “Academic Performance and Spending over the Past 40 years” which revealed that “the average state has seen a three percent decline in academic performance despite a more than doubling in inflation-adjusted per-pupil spending.” Sometimes the spending increases are astonishing as in the case of New York State in which spending rose by 115%. California and Florida are not far behind with an increase of 80%.


Common Core has rapidly become a political hot potato as parents have let their state governors and legislators know how bad it is. Writing in the Heartland Institute’s May edition of its newsletter, School Reform News, Joy Pullmann, its managing editor, reported that Indiana Gov. Mike Pense was the first to sign a bill in March rejecting Common Core national standards, “but the parents and curriculum experts whose criticism led to the change also criticized the first draft of replacement standards for looking very similar to the Common Core mandates it is meant to replace.”


In a Heartland booklet, “The Common Core: A Bad Choice for America”, Pullmann notes that “States may not change Common Core standards, must adopt all of them at once, and may only add up to an additional 15 percent of requirements. The standards themselves have no clear governance, meaning there is no procedure for states to follow to make changes they feel are necessary. It is highly unlikely individual states would control or greatly influence any such process.”


At the very heart of the debate concerning Common Core is the notion that every single school in America should teach the exact same thing in the exact same way. That’s not how real education works and any teacher will tell you that different students learn at different rates and some require some extra help. Schools free of such one-size-fits-all thinking educated generations of Americans who made the nation the greatest economic power in the world.


Thus far, in addition to Indiana, state legislatures in Oklahoma, South Carolina, and Missouri have approved measures to exit Common Core’s national standards. Louisiana’s Gov. Bobby Jindal in mid-June said “We want out of Common Core” and is taking steps to reject it.


Common Core is the fulfillment of liberal’s dream of education. It was developed in 2009 by the National Governors Association and the Council of Chief State School Officers. It was quickly incentivized by the Obama administration with $4.35 billion in Race to the Top competitive grants and waivers from the federal No Child Left Behind law for states that signed on. Minus the states that have rejected Common Core, there are still 42 who have adopted it.


Ron Paul, commenting on the Oklahoma opt-out, said “Common Core is the latest attempt to bribe states, with money taken from the American people, into adopting a curriculum developed by federal bureaucrats and education “experts.” In exchange for federal funds, states must change their curriculum by, for example, replacing traditional mathematics with 'reform math.' Reform math turns real mathematics on its head by focusing on 'abstract thinking' instead of traditional concepts like addition and subtraction. Schools must also replace classic works of literature with ‘informational’ texts, such as studies by the Federal Reserve Bank of San Francisco. Those poor kids!”


Common Core’s curriculum standards are testimony to why abandoning local control over a community’s or city’s educational program is a very bad idea and why, once again, the federal government has demonstrated why it makes worse virtually any program that should be left to the states.

I find common core one of the most disgusting of the tactics used by socalists to take over. The brain washing of our children is horrible. I am a strong believer in the 3 R's. Throw in the math, some GOOD history, and a little American patriotism, and it's just about a perfect system. Do they even allow kids to say the pledge of allegiance anymore?

It is NOT the job of the school system to feed the children, or assign what foods they can or cannot eat. It is NOT the job of the school system to inject morality or sex education. If they want to teach politeness, I am all for that. School athletics should have winners and losers, and if a kid accels or fails, he or she should be given accolades or held back. The heck with little damaged egos, or how they feel when they didn't get a perfect GPA and the other kid did. Or that being given a failing grade or held back will scar their self esteem. In the real world, there is no reward for participation...there are winners and losers. They need to learn that at the earliest age possible.

And to require students to learn about sex in elementary or middle school is INSANE.

I tell you what. If the schools can actually TEACH all of the kids properly, and do so within a budget that doesn't kill me during property tax assessment time, then I will be happy to discuss additional responsibilities that they may want to undertake.

But when the DOE can't even do that, what makes them think they should be allowed to do whatever they want?

And what the hell is with not being able to punish the losers for interrupting and disturbing those that actually want to learn (Especially if they are non-white), but they can suspend poor johnny for a poptart shaped like a gun or finger banging the teacher and other students. These things show that most teachers have their heads up their ass.

If teachers have the power to grade our kids and suspend them or take away PE time, etc., then parents should be allowed to do the same to the teachers. If a teacher is not doing his or her job, they get suspended. If they don't learn from that...then expelled. It's good enough for the children...so good ehough for the teachers too.

There are several "institutions" in this country where politics SHOULD NEVER be allowed. The military, our healthcare, and our children's education to name just a few that come to mind. Our kids education should be non-partisan...but alas, that is a pipe dream.

The fact that most private schools have much better results at a fraction of the cost per student PROVES that the federal govt is NOT up to the task of teaching our youngsters. But they have minds to warp, and compliant serfs to create...so the factory of good little proles can churn out future socialists who will vote socialist and be mindlessly happy about it, and not ask any questions.

When I was a kid in elementary school in Oklahoma City there was a move to go to *new math*.. I believe that was a precursor to Common Core...

They both tried to change everything about basic math yet the fact still remains, 1+1 still equals 2..

I realize I've said it before, but it bears repeating. If you have kids who haven't learned to read yet (or who don't read as well as they should) you can strike a blow against the misguided public education system right now, right in your own home -- by teaching your kid to read properly. Which will strengthen the left (sequential, thought-processing) side of their brains and fortify them against dyslexia, hyper-activity, and especially the kind unclear thinking that Alan so tirelessly labors against here on his blog. Check it out:

Now stop your crying and remember: