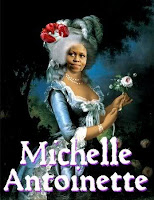 Not long ago I saw a television documentary on the rise of the Third Reich in Germany. I have, in addition, read any number of books on the period of the 1920s and 30s. The lesson it teaches is that the Nazis did not suddenly arise, take control, and impose a totalitarian government on Germans. It was a matter of slow progress until October 29, 1929 when the U.S. stock market crashed.

The effect was worldwide. In Europe where nations were still trying to revive from the devastating impact of World War One, it created havoc similar to the Great Depression that gripped America for a decade.

In the wake of the 1919 Versailles Treaty, a defeated Germany had been hit with huge reparations. The Weimar Republic was struggling to return the nation to some degree of stability.

The destabilization of the worldwide financial system created the chaos needed for Adolf Hitler and the National Socialists to gain seats in the government and when Hitler was named Chancellor it opened the door to total control.

Thousands of communists were rounded up and put in concentration camps, thus eliminating the main political challenge. Ordinary Germans realized that anyone could be arrested and detained without any recourse to the law.

Hitler then turned his attention to the Jews of Germany, a minor part of the population, many of whom had lived there for generations. Scapegoating the Jews played into the anti-Semitism that had existed for centuries in Germany and provided an “enemy”, an alleged reason for the nation’s travails.

I was thinking about this with regard to the way Hugo Chavez managed to take over Venezuela, a major oil producer, step by step until recently when that nation’s supine congress gave him the right to rule by dictate. Ever since he took over and began to nationalize everything, Venezuela has been on a downward path economically and socially. The same thing happened after Fidel Castro took over Cuba in 1959.

Dictators are the ultimate control freaks, nags and busybodies.

In countries where Islam is both the state and the primary religion, people can be whipped, stoned to death, jailed, tortured, and executed for religion-based reasons. One must always demonstrate support for the state and the faith or run terrible risks, but unlike Communism, religion is the all-consuming factor.

Largely unreported, the ethnic cleansing of Christians continues apace in the Middle East, hardly differing from the fate of its Jews. There are few Jews in those nations where many had lived for generations because, with the founding of Israel in 1948, thousands were forced to flee for their lives. Many Arab Christians and Persian Bahaists, joined them. Thousands sought sanctuary there along with the survivors of the Holocaust, but Israel would have to fight several wars of defense. For more than sixty years, no effort to find peace with the Palestinians has yielded any positive response.

What does this have to do with America?

Well, it seems to me that the first two years of the Obama-Pelosi-Reid administration has given most Americans a taste of what it is to live in a nation where the central government is run by people who do not give a damn for public opinion or the Constitution.

It took barely a year for Americans to come together in a Tea Party movement to oppose Obamacare. That hideous piece of legislation interposes the government between all Americans and their physicians, inflicting a bureaucratic nightmare that, if permitted to exist, will surely kill Americans denied timely care.

The members of the Tea Party are not just Republicans, not just Democrats, and not just independents. They are quintessentially Americans that swiftly concluded that a serious mistake was made when Obama was elected. On the anniversary of the original tea party, Sen. Reid was forced to make a humiliating retreat, dropping the $1.1 trillion "budget" bill intended to shackle the newly elected members of Congress and to impose still more debt and control over Americans.

The Obama administration is shot through with control freaks, nags and busybodies, not the least of whom is the First Lady, Michelle Obama. On the signing of a bill giving the governmental control over food in the nation’s schools she said that obesity is “not just an economic threat, it’s a national security threat as well.” That is just absurd. It is a feeble excuse to interpose the federal government between parents and the schools to which they are compelled to send their children.

“We cannot leave it up to the parents,” said Michelle Obama. Not surprisingly, a Rasmussen Reports poll revealed that 75% of those asked did not agree with the First Lady.

Hardly a day goes by when some member of the Obama administration doesn’t say or do something absurd. In mid-December, the U.S. Surgeon-General, Regina Benjamin, said “there is no risk-free level of exposure to tobacco smoke.”

She claimed that even occasional smoking or exposure to second-hand smoke “causes immediate damage to your body that can lead to serious illness or death.” That is not based in any valid analysis and it ignores the rising levels of life expectancy in America. It is just another piece of the hysterical anti-tobacco agenda of busybodies who have no right to tell anyone whether they should smoke or not.

The most dangerous thing Americans do every day is to get behind the wheel or be a passenger in an automobile. Auto accidents annually kill 40,000 or more.

Recently, at the Cancun, Mexico conference of global warming charlatans, the U.S. Secretary of Agriculture, Tom Vilsack, said that “climate change is one of the greatest threats facing our planet” as if human beings had anything to say or do about it. He might was well have said that the United Nations must begin to control the Sun, the oceans, and the clouds.

Finally, after being banned by the Environmental Protection Agency in 1980, the agency decided that saccharin, a sweetener substitute for sugar, was neither toxic nor a cancer-causing agent, a fact determined in the late 1990s by the International Agency for Research on Cancer. The EPA routinely bans chemicals claiming they could cause cancer, ignoring the fact that too much exposure to any chemical, including salt or sugar, is unwise.

These and a thousand other examples are reasons to distrust the Obama administration in particular and the federal government in general. As it continues to grasp more and more power over lifestyle decisions that belong to individuals, it threatens the very reason America was founded.

Outstanding post...keep up the good work!

Alan,
I have a wonderful book, 'Inside The Third Reich' written by Albert Speer, Hitler's architect and Armaments Minister during WW2, and written mostly while he was in jail following Nuremburg, one of a very few who actually plead guilty at Nuremburg.
I only describe the book as wonderful because of the insight it offers from the inside of people closest to Hitler himself at that period of time.

One thing that always remained as a strong impression were some of the descriptions of life during that Depression in Europe.

One case actually detailed in the book tells of the relative prices of food during those times. It goes on to describe a woman who visited the bakers nearby her house to purchase a loaf of bread. Waiting for the shop to open, she realised she had forgotten something from home. She had with her a basket chock full of Thousand Deutschmark notes, just to purchase the one loaf of bread. Realising that the value of the money she had was virtually worthless, she placed the basket with all the money on the step out the front of the baker's shop, and went back around the corner to fetch what she had forgotten. When she returned, all the money was piled on the step. Someone had stolen the basket, and left the money behind.

@Tony: And what is the axiom? Those who forget history will be condemned to relive it.

Excellent post Mr. Caruba. I can't add anything to it :-) God Bless!

Thank you for a great post!
I want to add couple of tid-bit..
just to be clear: for the last 6 months I am in Poland taking care of my bed-ridden Mother...
at any rate..
with the social health care they have here, it would be interesting for every American to know that the polish National Health Dept announced few days ago 'Last Prescription' "campaign" as starting January they will have a serious problem to fill prescriptions with the health care discounts..as well as reimburse doctors to see patients..
my Moms neighbor is on a list for a heart surgery scheduled for 2015..
I hear from various friends and family members the same answer I got from a doctor: "...miss, your Mother is 80 years old...what you want me to do...?"
I could sit here and write until next Christmas...
but the funny thing is, Poland wants to change health care to mimic one in the USA :)
(the one we used to have)

Recently I had an opportunity to talk to my Uncle, and we were looking at old pictures...and subject of nazi death camps came about..
and he said:
..."to this day I can not figure out how it could have been that we all were so ignorant about it...the propaganda of "secret factories" was so much embeded that with everybody's plate full of worries it was taken as a fact "...
That brought my own paranoid thinking of Fema centers in case of a disaster...small arms treaty...organic farming...school lunches..
all that imposed on a poorly educated society struggling financially...

Another brilliant essay! I also can not really add anything to your reasoning. All I can say is somehow,"We the People" have got to get the electorate, young and old but especially the young to actually read, be taught and hopefully learn from history!

"He might was well have said that the United Nations must begin to control the Sun, the oceans, and the clouds."
Bill Gates is already working on the cloud control.http://www.guardian.co.uk/environment/2010/may/14/bill-gates-cloud-whitening-dangerous
Who wants to take the Sun and Oceans? Warren Buffet, perhaps?

Again you make a post that convinces me that you are indeed the best blogger on the 'net.

You Sir, are an inspiration to me, and many others I am sure.

@Fred:
In truth, I am just a cranky old bastard like you!

The absolutely best textbook on all of this is "Defying Hitler", by Sebastian Haffner.

Well, Alan, you may be a cranky old bastard but you're for damn sure gifted. Thanks for being there. Like TF said, you're one of the absolute best on the net, and you inspire us.