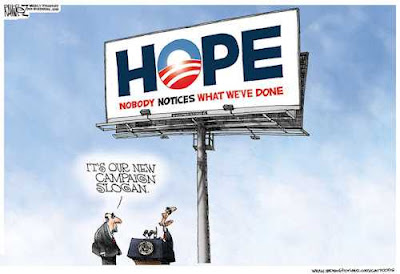 I met a traveler from an antique land
Who said: Two vast and trunkless legs of stone
Stand in the desert. Near them, on the sand,
Half sunk, a shattered visage lies, whose frown,
And wrinkled lip, and sneer of cold command,
Tell that its sculptor well those passions read
Which yet survive, stamped on these lifeless things,
The hand that mocked them, and the heart that fed;
And on the pedestal these words appear:
“My name is Ozymandias, king of kings:
Look on my works, ye Mighty, and despair!”
Nothing beside remains. Round the decay
Of that colossal wreck, boundless and bare
The lone and level sands stretch far away.

Occasionally, when I am watching or listening to Barack Hussein Obama, I am reminded of the poem, “Ozymandias” by Percy Bysshe Shelley.

Shelley was an English romantic poet who hung out with Lord Byron and John Keats, all authentic literary giants. Shelley died at age 30 from drowning. Bryon contracted a fever, dying in Greece at the age of 36. Poor Keats died at age 26. All were dead by 1824. Rediscovered by later generations, they gained immortality.

“Ozymandias” is a poem about a life of over-weaning pride that ends poorly and forgotten. Obama has the first part down. After all, he wrote two memoirs about his life and deep thoughts before he was elected to be the junior U.S. Senator from Illinois in 2004.

By 2007 Obama hit the presidential campaign trail and ended Hillary (and Bill) Clinton’s dreams of returning to the White House. He gave her a consolation prize. He then defeated yet another lame Republican candidate simply by showing up, being younger, and being able to read a TelePrompter better.

What Obama’s campaign is now remembered for is Rev. Jeremiah Wright, telling Joe the Plumber he wanted to redistribute everyone’s wealth, and for throwing his grandma under the bus.

From a very young age, Obama believed he would become President. It might better be called a fixation or obsession.

Obama only met his birth father once in 1971 at age ten, but here again this idea of fixation plays a role. In reality his father was a bigamist (he had a wife or two back in Kenya when he married Obama’s momma), a drunk (he died behind the wheel while soused), and fancied a political career in Kenya that never materialized. One of Obama’s two memoirs was titled “Dreams From My Father.” Yeah, sure.

After Obama Senior, his mother married an Indonesian who adopted their son. His formative years were spent there until his mother divorced again and shipped Barack to Hawaii to be raised by his white grandparents. Progressives, they were friends with Frank Marshall Davis, a communist, one of Obama’s many very left wing influences and associates over the years.

I think that, early on, Obama decided to become the communist messiah to America, but like all communists, he kept that part of his political philosophy a secret from the voters, while dropping hints of it in his memoirs.

When Obama returns from his vacation in Hawaii, he is going to face the toughest two years of his life. Not since 1946 have the voters turned so deliberately on a Democrat president. In 2010 they voted in a Republican majority to the House and narrowed the Democrat margin in the Senate.

Obama called it “a shellacking” but it is better described as a rejection.

Other presidents in the modern era lost their party’s majorities in Congress. Clinton comes to mind and, of course, George W. Bush. Obama’s loss was more than just political, it was personal.

Beyond Congress Obama will have to deal with a vibrant, energized movement, the Tea Party that intends to ensure the Republicans trim government spending and turn back the policy gains Obama put in place with Obamacare at the top of the list.

As far as the rest of the world’s movers and shakers are concerned, Obama is little more than a charming cocktail party guest with little to offer than small talk and leftist bromides.

Only one thing is certain. Obama will be running for re-election the minute he returns to Washington, but he is going to need more than his former vacuous “hope and change” motto and there is small chance of that. In a very real way, the nation has already moved beyond him.

When I see Obama these days, I think of Jimmy Carter, a pathetic former president soundly rejected by the voters, the “author” of endless, largely unread books, and grateful that anyone takes notice of him.

When you see Jimmy Carter today, you’re looking at Barack Obama in fifteen or twenty years.

I hope you're right about Obama fading back into the wood work in a couple of years, but I see a very dangerous communist psychopath who may attempt to impose a dictatorship by presidential orders and the federal bureaucracy.

Ozymandias was one of my favorite poems when I was in high school.

The ancient Greeks knew that hope was an evil, the evil that humans had all to themselves.

From: Annie, the movie

"Tomorrow, tomorrow
I love ya, tomorrow
You are always
A day
Away."

I see that economists are saying that things will improve . . . only a year away.

@Larry: Truman said he wanted to talk to a one-armed economist because all the others were always saying "On the other hand..."

@Alan: No, I'm not. We The People have elected some very fine patriots who will stand up for the Republic in the House!

However, there will be limits on what good they can do by the Democrat majority in the Senate and a psychopath communist president still determined to convert the USA into a socialist nation.

This is why I think 2011 may be 1775 all over again - the patriot Tea Party has been pretty much been locked out of all important institutions in this country - and next year when a rogue wave of crisis hit the country that may include economic collapse and increased oppression by the Obama Regime - the only redress will be a second revolution.

And if that happens it will be a blood affair that will make the French Revolution look like a Sunday picnic in the park.

I predict that the games to re-elect Obama have only just begun. I feel quite certain that they have spent countless hours compiling a laundry list of "vote getters" that will be launched in the coming months. The words "executive order" are going to get a real workout. Increasing the minimum wage, gratuities to unions, and concessions to every single voter block will be coming down the pike soon. There will be more phone calls to sports heroes, beer summits with special interest groups .... you name it.

And, it will all culminate with Biden stepping down for some bogus reason to make room for Hillary as VP. As I predicted several weeks ago, there are already rumors circulating that she is preparing to step down as Secretary of State.

I don't know if any of this is going to win back the voting blocks he's lost over the last two years, but rest assured, they are going to throw everything they have at us. I just hope people are smart enough to remember that old saying "you can put lipstick on a pig, but it's still a pig".