The American Civil War began one hundred and fifty years ago on April 12, 1861.

Historians will tell you that the South never had a chance of winning it. Theirs was an agrarian society, heavily dependent on millions of slaves. How many millions? An 1860 census found that slaves constituted 13% of the population, numbering 3,950,528, most of whom were in the South.

Even the Founding Fathers knew that slavery was an issue that would one day create a terrible problem, but their priority was to come up with a Constitution that would rectify the problems that the Articles of Confederation posed.

Perhaps at no other time in the nation’s history did it have such an astonishing collection of brilliance gathered in one place. They needed the Southern States to secure ratification so the problem of slavery was pushed off to the future.

Depending on which side of the Mason-Dixon Line you’re on, you will still get a dispute over why the Civil War was fought. The South says it was about state’s rights and, indeed, had expectations that they could secede lawfully. The North said it was about the issue of slavery and most agree it was. 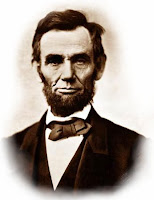 “I have no purpose, directly or indirectly, to interfere with the institution of slavery in the States where it exists. I believe I have no lawful right to do so, and I have no inclination to do so.”

Lincoln ended, saying, “I am loath to close. We are not enemies, but friends. We must not be enemies. Though passion may have strained it must not break our bonds of affection. The mystic chords of memory, stretching from every battlefield and patriot grave to every living heart and hearthstone all over this broad land will yet swell the chorus of the Union, when again touched, as surely they will be, by the better angels of our nature.”

On April 12, 1861, Confederate Brig. General, P.G.T. Beauregard, an expert artilleryman, graduate of West Point, laid siege to Fort Sumpter in the harbor of Charleston, S.C., where federal troops had been withdrawn in anticipation of war.

The War of Independence that had concluded after eight years in 1783 had cost about 25,000 lives. The Revolution was still relatively fresh in the minds of Americans in that era. Founding Fathers, Thomas Jefferson and John Adams had both died on July 4, 1826,

The Constitution went into force in 1788. The Civil War began 73 years later. It is regarded as the first “modern” war for its use of locomotives, the telegraph, and the development of new weapons.

It is not until one grapples with such numbers can one understand the price paid to keep the Union intact. Three Presidents played key roles. James Buchanan did little to avert the Civil War. Abraham Lincoln pursued it for the entirety of his two terms, the latter cut short by assassination. Andrew Johnson allowed Reconstruction to fall into corruption and resentment. It matters who is President.

It took another century into the 1960s for blacks in America to finally secure their civil rights. In that decade, Americans endured riots in their cities and the loss of John F. Kennedy, Robert Kennedy, and Dr. Martin Luther King, Jr. along with a number of generally forgotten martyrs.

Perhaps the greatest irony of the Civil War was the belief on both sides that it would be over quickly. All people in all times want wars to be short, but they rarely are. Their aftermath can last a very long time. A Cold War followed the end of World War Two and lasted for nearly a half century.

Within and beyond nation’s borders, wars have raged somewhere since what we call civilization began around 5,000 years ago. They have various causes for good or ill. They are, however, the way nations have settled their differences.

Anti-war protesters and those who disrespect our Armed Forces will never understand this, but they owe a debt called liberty to those who do.

You may want to correct this, as the Afghanistan number is obviously lower, closer to 1500.

Sir, as a *dyed in the wool* Southerner, I take a bit of offense at your story title...

On this day in history the War of Northern Aggression began... :)

Alan,
I understand it's an awful thing to talk of casualties of War, but here's some perspective from Australia, who entered the First World War virtually from the first year, 1914.

62,000 Australians were killed in that War, and that's out of a population of only 4.8 Million at the time for Australia.

When the wounded and the sick were added to those casualties, the percentage comes to 65% of enlistment figures.

Ronbo got it exactly correct.

Slavery has to be the darkest issue in the history of this nation. It was ridiculous and it is still haunting. Just like J. Carter is no longer the worst president this nation has ever had; soon Slavery will no longer be the worst enigma of this nation. Our greatest perplexity will climax between now and November of 2012.

@Alan K. Hunt: No matter how carefully sourced such data is, it will always be challenged. I will stick with the figures cited.