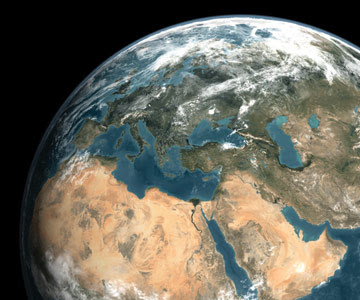 Anyone such as myself who lived through the long years of the Vietnam quagmire knows that the United States is repeating the same errors in the Middle East that we did with that nation. We seem incapable of recognizing a civil war when we see one and incapable of not inserting ourselves in the midst of it.

I speak specifically of Libya and the inchoate decisions and measures taken by the Obama administration. To suggest that the present White House and State Department have a Middle East “policy” is to vastly overstate and misunderstand their ignorance of that region of the world and the forces at work within it.

The United States has been militarily involved in Afghanistan since 2001, shortly after 9/11. What should have been a short sortie to inflict punishment on the al Qaeda and the Taliban has turned into a classic “quagmire”. The invasion of Iraq in 2003 reflects this as well.

Like many, I thought that the application of U.S. military intervention would somehow drag the Middle East into the 21st century, but clearly the region remains subject to the seventh century religion of Islam and its schism between the majority Sunnis and the minority Shiites. Islam, plus a tribalism that reaches back millennia, renders the Middle East intractable to the West’s efforts.

Billions have been squandered in Afghanistan and Iraq, while the real enemy, Iran, has been allowed to go unscathed in its pursuit of regional hegemony and its pursuit of nuclear parity with its “neighbors”, Pakistan, India, and Russia.

As this is written, Saudi Arabia has concluded that the United States will take no action to stop the Iranian nuclear program and is seeking to pull together a Gulf State coalition to end the expansionist ambitions of the Iranian ayatollahs. The Saudis have also consulted with Israel.

Forty years seems to be the limit that Middle Eastern populations will tolerate the various despots that have controlled Islamic nations. In Tunisia, Libya, Yemen, Bahrain, Egypt and Syria those in charge have found themselves under siege and, in some cases, removed.

In two cases, Libya and Egypt, the Obama administration has openly sided with the rebels. At the same time, it has incomprehensibly offered a weak defense of Syria’s dictator, Bashar el-Assad, Iran’s strongest ally in the region. Sensing a shift in power, even Egypt’s new ruling body has reached out to Iran to thaw decades of antipathy.

The only consistent Middle Eastern policy of the Obama administration has been its hostility to Israel, the region’s only democracy and America’s traditional ally since its founding just over sixty years ago. For all the caterwauling about the Palestinians, they have long since been abandoned by the Arab nations and are now well within the Iranian orbit of influence and support.

The Palestinians could have had a separate state decades ago but have always pursued an all-or-nothing policy aimed at the destruction of Israel. It is widely believed that they will initiate a new war as Iran’s proxies, from Lebanon in the north and Gaza in the south.

The Palestinians, in fact, have a sovereign nation. It is called Jordan which lost the West Bank, part of ancient Israel, to modern Israel after attacking it in 1947-48 and 1967.

Iraq has made it clear to the United States that it wants to see American troops withdrawn as agreed by the end of the year. Its Prime Minister, Nouri al-Maliki recently ordered an attack on Camp Ashraf, home to 3,500 Iranian dissidents for the past twenty-six years. That should tell even the casual observer that Iraq is now in the Iranian orbit. This is true as well of Lebanon, first occupied by Syria for decades and now in the grip of the Palestinian Hezbollah.

As to the Iranian people, the Obama administration made it clear they have been abandoned after protests against Mamoud Ahmadinejad’s stolen election last year received no support whatever by a U.S.

America has severely weakened itself since 9/11 with ill-advised military excursions that, like the Vietnam debacle, have proven costly in treasure and lives sacrificed in an area that is resentful of our unwanted incursions, coupled with our addled “nation building” schemes.

There is a massive realignment occurring as the result of the popular uprisings against despots across the North African Maghreb and the heart of Middle Eastern nations, several of which were the artificial creations of Western interests. Resentments against the tyrannies of former despots will likely give way to new despots, not democratic reform.

There is no end to the resentment against America and the West.

Lacking any kind of cohesive policy toward Arab nations except for the oil they provide, the only sensible policy America should pursue would be to drill for our own extensive oil reserves to prevent a severe shock to our economy and security. So long as Obama is President, this will not happen.

There is no perceivable policy in place to stand against Iran and has not been since the Carter administration abandoned the Pahlavi regime in 1979. The fall of Tunisia’s Zine El-Abidine Ben Ali, Egypt’s Mubarack, Syria’s Assad, and the resistance to Gadhafi, along with unrest in Yemen and Bahrain will be seen, in retrospect, as inevitable.

What remains is a Maghreb and Middle East in a volatile struggle to determine whether it returns to an Islamism reminiscent of the Ottoman Empire or an enlightened embrace of Western values.

There is little reason to hope for a good outcome.

Bring enlightenment to primitive cultures is a thankless and futile endeavor, always. Those people don't want western culture enlightenment in the least way, and simply won't accept it.

The religion of Islam, by its very nature breeds dictatorship. There are competing factions in the Libya rebellion, and our government doesn't have the faintest concept of which competing faction will win. Although all ask for our military help, more than likely, when its over, if that actually happens, the winning faction is not going to like the US all that much, and is far more likely to cozy up to Iran.

It is certainly undeniable to any clear-thinking person that Obama's "only consistent policy" in regard to the mideast is its hostility to Israel. My question, though, is WHY???

@Grace:
Maybe it has something to do with his name, Barack Hussein Obama?

Or that his formative years were spent in Indonesia, the largest Muslim nation in the world?

Or that he spent twenty years attending a Black Liberation Church led by a former Muslim?

Hi Alan, just a fascinating article and very interesting take. I'm not able to agree on the quagmire comparison with Vietnam. I see no comparison. That was a war that made no sense. I agree Libya was a screw up. Obama's handling of Egypt was a complete farce only exceeded by his choseness. We will not be leaving Iraq anytime soon. Fascinating that the Arab nations with the Saudi's are aware that a gutless AWOL "Resident" has sent his message to the entire world. America has no Commander-in-Chief

@Jimmy: I keep telling myself we survived Jimmy Carter and will survive Obozo.

Fascinating article Alan, enjoyed the Saudi's putting together a consortium of countries prepared to thwart the Mullahs. A gutless Obama has once again shown the entire world that he has turned his back on Israel, and will allow them to go it alone. The perfect signal to the entire world that the United States of America is without a President making the world that much more of a scary place.

Didn't by the quagmire analogy with Vietnam. Quagmire? We killed 1.5 million VC and NVA. Same with Tet we kicked ass but the media didn't want us back home to know it. We won't be living Iraq anytime soon, no matter what the pundits and gas bags in Washington want us to believe. Afghanistan use drones like Pakistan. Recall troops that have been stationed around the world since WWII. J.C.

Fascinating article Alan, enjoyed the Saudi's putting together a consortium of countries prepared to thwart the Mullahs. A gutless Obama has once again shown the entire world that he has turned his back on Israel, and will allow them to go it alone. The perfect signal to the entire world that the United States of America is without a President making the world that much more of a scary place.

Didn't by the quagmire analogy with Vietnam. Quagmire? We killed 1.5 million VC and NVA. Same with Tet we kicked ass but the media didn't want us back home to know it. We won't be living Iraq anytime soon, no matter what the pundits and gas bags in Washington want us to believe. Afghanistan use drones like Pakistan. Recall troops that have been stationed around the world since WWII. J.C.

Jimmy Carter wasn't evil, just dumb as a post. His policy led to double digit inflation, interest rates and loss of jobs but certainly the deficit which is not the real problem it's interest paid on it to the tune of $413 billion last year is unsustainable. JC.