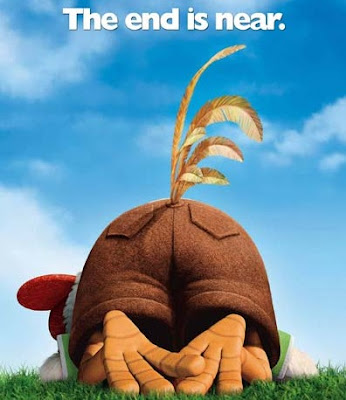 I do not know the author who compiled these quotes, but they are a good reason why they were wrong in 1970 when Earth Day was established and continue to be wrong today, Earth Day 2011.

"For the next 24 hours, the media will assault us with tales of imminent disaster that always accompany the annual Earth Day Doom & Gloom Extravaganza.

Ignore them. They’ll be wrong. We’re confident in saying that because they’ve always been wrong. And always will be.

Need proof? Here are some of the hilarious, spectacularly wrong predictions made on the occasion of Earth Day 1970.

“We have about five more years at the outside to do something.”
• Kenneth Watt, ecologist

“It is already too late to avoid mass starvation.”
• Denis Hayes, chief organizer for Earth Day

Stanford's Paul Ehrlich announces that the sky is falling.

“The world has been chilling sharply for about twenty years. If present trends continue, the world will be about four degrees colder for the global mean temperature in 1990, but eleven degrees colder in the year 2000. This is about twice what it would take to put us into an ice age.”
• Kenneth Watt, Ecologist

Here we are, 39 years later and the economy sucks, but the ecology’s fine. In fact this planet is doing a lot better than the planet on which those green lunatics live."

Academia in this country Sucks! .......... You would think after 39 years these lunatic's Comet would have arrived to carry them off to a better place.

How can you explain the melting of most of the glaciers around the world. Would it be the earth is getting colder or would it mean its getting warmer. Usually when ice melts it means its warmer. They have been around since the ice age but now for some reason they are melting. I'm sure you have the answer. Please let us know the truth.

@Heyduke12: The short answer is that the glaciers are NOT melting. You need to stop listening to all the Green lies about such things. The Earth has been in a cooling cycle since 1998.

To learn the TRUTH visit
www.iceagenow.com