Time to (Officially) Start Worrying About the Next Election 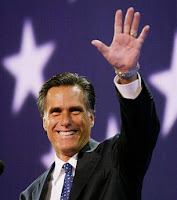 It seems nuts even to a political junky like me, but I am already worrying about the November 2012 election now that Obama has made it official that he is running.

I think Obama can be easily defeated for all manner of reasons that include the way he has begun to lose his liberal Democrat base thanks to the Libyan non-war and the more general electorate thanks to Obamacare, the bailouts, a soaring national debt, unemployment, and gas prices.

What does bother me is what appears to be a fairly lackluster group of expected GOP candidates for the presidency currently gearing up to announce their candidacies. They are not generating a lot of enthusiasm at this point, but there is a lot of time for one of them to catch fire if they make a real case for themselves and against Obama.

Many people are understandably focused on present economic fears and November 2012 seems a long way off. There’s an unrealistic disappointment in the performance of the new batch of Republicans in Congress. Members supported by the Tea Party have barely been in office, but some are beginning to assert themselves.

Within the Republican leadership, there seems to be the view that they need only let Obama and the Democrats hang themselves as the national debt and deficit continues to skyrocket, along with inflation, rising gas prices, and a lingering high unemployment rate.

Republicans are understandably reluctant to be blamed for shutting down the government if they cannot get the White House and Democrats to agree to more realistic budget cuts. The Democrat strategy is to brand them as “extremists” in a shutdown. The mainstream media will reflect this. Some 25-30% of liberals will accept this, but that still leaves a majority of Americans who will not.

The fact remains, even with a Republican majority in the House, the majority Democratic Senate is a major roadblock to solving the financial problems of the nation and the White House can still wield a veto. However, keeping the government going with continuing resolutions based on cutting a few billion from a $14 trillion dollar debt is beginning to look lame.

It is, however, the presumptive Republican candidates that are my concern at this point and, it will surprise those who have read my criticisms of him, but I think Mitt Romney may emerge is the leader of the pack.

The surprise for many who hear him is that Mitt Romney is a dynamic throwback to Ronald Reagan, espousing the same values. When he addresses Republican audiences these days, he makes a lot of sense, particularly when he dissects Barack Obama and when he discusses the role of business in American life. He does so without Tele Prompters and with real passion. If America can elect a black President, they can elect a Mormon. I can remember when fears were expressed about JFK’s Catholicism.

Forget about Newt Gingrich. Too much baggage from his personal life and an opposition research file on him a foot thick means he is not a viable candidate against the likes of Obama.

Former Gov. Tim Pawlenty strikes me as a nice fellow who says the right things, but few know who he is and those that do can’t figure out why he wants to be President or should be. Too much of what he says comes out sounding bland. The same can be said of Gov. Mitch Daniels. Both are good men, but neither offers a compelling reason to pay them much attention.

Haley Barbour has a ton of political expertise and a good record as Mississippi Governor, but the problem is that he is from Mississippi. He’s “too southern” and, in a presidential campaign, his opposition would show up at every rally waving the Confederate flag and so would some of his supporters!

Then there are what I call the weird candidates, Sarah Palin, Mike Huckabee, and Donald Trump, none of whom have come out and said they are running for the nomination. Palin excites the far right because the woman is never boring. That, however, is not a criterion for running the country. Former Gov. Huckabee is making a ton of money with his popular Fox Channel and likely knows he’s better off there.

Donald Trump has been playing the media and getting tons of exposure by hinting he might run. He is a combination of real estate mogul, television star, and a celebrity who agreed to be roasted on the Comedy Channel. He’s smart enough to know that being president would be a demotion and cut in pay. He wouldn’t be able to tell Congress “You’re fired!”

Rep. Michele Bachmann, a Tea Party favorite, is a smarter version of Palin. Both Paul Ryan and Marco Rubio, serious minded Congressmen, are too young and too smart to get into the race at this time. Forget about Herman Cain, a pizza magnate; a good man for sure, but not now, probably not ever.

These candidates, individually and in aggregate, probably account for the reason why the name of New Jersey Governor Chris Christie keeps coming up despite his denial that he will run at this time. If the GOP convention were a Hollywood movie, one could see it turn to Christie after a deadlock and draft him to run, but it isn’t and that is not going to happen.

Ronald Reagan had been Governor of California for two terms. He gained political credits when he ran against then President Jerry Ford for the nomination and, after four years of Jimmy Carter, he looked very good. Even the Bush’s, father and son, had the political credentials to run and win, though we need to recall what a squeaker that first George W. election was when we came within a hair’s breath of having loony Al Gore in the Oval Office.

Whoever is chosen to carry the party’s banner had better be willing to tear into Obama and the Democrats because, if he bores us to death, Obama will destroy the nation in a second term.

Once again we leave the dock in the good ship "Naivety". The cruise will take us to many ports of call - debate, consensus, progressive and mean-spirited. They all sell cheap goods and rely on flimflam for a living.
I agree that there are some apparent differences in the rhetoric of those who live as "D's" or "R's". But we need to focus on their actions, not their words. Let's not idolize the good looks and thoughts of either. Let's see what they have done, what they are doing and understand their sense of what needs to change to save our Republic.
Can we do it? Probably not. "He can't win!" will be shouted from the poop deck. The Captain (The PTBs) will steer a course which continues to weaken us and dumb us down. The media on board with the most evil will promise us "bingo in the lounge tomorrow!"

So far, BORED is exactly where *The Usual Suspects* have left me...

Obama is a walking disaster, but the GOP/RNC hasn't got the BALLS to run a HARD candidate, they're too concerned with *The BIG Tent* and being all things to all people, and that is the BS that got us into this mess to begin with...

Political correctness and cowardice, and I am afraid we're going to see plenty of both...

To understand what we're up against, Alan, think of the BP Gulf Coast oil spill. Everyone watched oil spew for months, alarmed about the environmental toll. Then, once the well was capped, Gibbs makes a public statement saying, basically, there was no environmental damage, and THAT WAS THAT. Public opinion is their play thing. It's best we remember that.

The biggest problem the Republicans have is themselves, and the RNC.

I figure that the effects of natural forces will have more meaning than the usual run-of-the-mill politics by the next elections will.

Not a single living politician that I can think of has any concept of what it would take to solve even a small portion of the real problems we face, nor could anyone as of now convince the uneducated masses as to how to go about solving even a few of those problems.

Only time will tell, but time doesn't look to be on the human side as of now.

I hope Sarah Palin wins the GOP nomination for president.

I just love to see Leftists roll around on the floor bug eyed and foaming at the mouth while chewing the carpet.

What would be even more interesting would be if she got elected - Can you say, "The Second U.S. Civil War?"

The election of Lincoln in 1860 was the last straw for the Southerners who foamed at mouth and started shooting those "Damn Yankees."

It wouldn't take the Left nearly a year to start shooting, as was the case with Southerners in 1860.

Your article lacks all credibility because of your omission of the 2010 and 2011 CPAC straw poll winner--US Congressman Ron Paul. He's a veteran, 11-term Congressman, MD, has a perfect voting record and a flawless reputation. He's also been correct, almost prophetic, about just about everything. He can garner Republican votes, steal anti-war and pro-civil liberty Democrat votes, take the majority of independent votes, and he also started a little thing called the tea party. Ever heard of it? He has opposed the Fed (most powerful organization on Earth) and the Military-Industrial Complex (most powerful special interest in Washington) by himself and, often, in opposition to his own party. He is the only GOP Presidential hopeful who will actually end the wars. But for hack journalism, like this article and others from the MSM, he would easily win the GOP nomination. If he does, he'll mop the floor with Obama in the debates. He may just be the only man who can do that.

Jaret is correct in part, as you well know Alan. Last time around we couldn't get the MSM to even give Dr. Paul (or Chuck Baldwin for that matter) a front row seat in any TV venue.

I say again, some will shout, "He can't win!, therefore we don't need to listen to him."

Too bad for the country.

It is interesting to watch the speculation about this stuff this early on.

No one that is on the radar today will be in it at the end, except possibly Obama; and there are people that want to change that and they have serious issues on their side that will help them.

I strongly support Ron Paul's line of thinking about what's wrong with our country and how we can go about fixing it.
But realistically if he were elected and decided to dedicate his entire first term to just three things that need to change; 1.reducing the size and scope of the Federal government 2.eliminating the Federal Reserve
3.ending our involvement in the affairs of foreign countries not directly related to our national security is it even a remote possibility he could accomplish one of the three in four years given the opposition he would face from congress, special interest groups and an under-educated public?

Dr Paul could get things started and I would hope that the American publicq would notice.

With certain unions hopefully defunded and their sheep set free, who knows what our formerly great Nation could achieve?