Scaring Mothers and All Others - The BPA File, Part Four 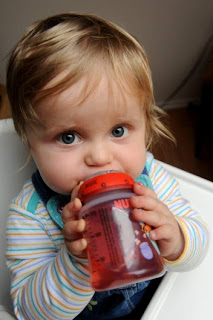 In a revealing article in the April issue of The Atlantic, “Beyond BPA: Could ‘BPA-Free’ Products Be Just as Unsafe?” the effort to scare American consumers and others around the world comes full circle. In essence, the people and organizations behind campaigns to ban bisphenol-A (BPA) and anything made from plastic exist to frighten everyone about everything.

From the snake oil salesmen who pitched their phony medicines in the days of the early West to today’s purveyors of fear about a wide range of chemicals that protect health and extend life, the key element remains the same; they lie to enrich themselves.

As John Entine wrote in an article, “Scared to Death”, “When it comes to stories on so-called toxic substances, the public discourse seems infected by a malady worse than microscopic residues: chemophobia.”

“Webster’s defines chemophobia as the irrational belief that ‘chemicals’ are bad and ‘natural’ things are good. Labeling a chemical ‘toxic’ or a ‘contaminant’ is meaningless. Toxicity is a question of degree, exposure is different from effect.”

In plain terms, our bodies are designed to process and excrete all manner of things we breathe or ingest. Our bodies are, in fact, chemical factories that produce chemicals to protect and maintain their functions while, at the same time, removing what it does not require.

A massive campaign has been underway for several years to demonize bisphenol-A, BPA, a chemical in use for more than 50 years to line cans and plastic containers for the precise purpose of protecting their contents against contamination up to and including botulism, a lethal food-borne disease.

One might think that more than a half-century of its use without any evidence that it poses any harm would be sufficient to support its use, but liars who defame BPA are catering to other, more sinister agendas and fear is the means they use to advance them.

In a lengthy analysis available on Junkscience.com, it is noted that “BPA is one of the best tested substances” and has “been evaluated by regulatory bodies around the world” that found that:

• BPA is not carcinogenic or mutagenic

• BPA is efficiently ‘metabolized’ and rapidly excreted after oral exposure.

A primary target for the scare campaigns waged against BPA are women and, in particular, pregnant woman and mothers of infants. The product most targeted is plastic baby bottles.

Countless articles have been published in magazines, newspapers, and on Internet sites and blogs devoted to “environmental” topics and health issues that “report” various clinical studies all purporting that BPA represents a great risk to women.

Women unfamiliar with the scientific process are particularly vulnerable to reports that a small study of few females “may” or “could” or “might” reflect a connection between BPA and the alleged results, particularly if they are reported in medical journals that routinely publish such studies. The language of such studies is always couched in vague terminality such as indications of a “strong association” with the condition cited. In real life terms, this is meaningless.

Other reports exhibit both ignorance and bias such as a Huffington Post article that asserted “There’s no ‘Safe’ Plastic, Already!” Such a claim is absurd on its face. Lacking any basis in fact, the author claimed that “the latest science shows that plastics are really, really bad news” ignoring the fact that plastic containers of food and drink are ubiquitous. The claim itself sounds like it came from an ignorant child.

The sheer numbers involving plastic bottles should indicate their use is safe. For example, nine billion gallons of bottled water are sold every year in the United States. That’s 50 billion bottles. If they posed a health threat, it would be evident, but they do not, nor do the huge numbers of baby bottles, but expectant and new mothers are repeatedly told they should be avoided, especially by manufacturers who trumpet the news they do not use BPA.

A report in the Los Angeles Times claimed that eating canned food poses a health threat, repeating the tired and extensively disputed claims about BPA. The study, however, was released by two environmental groups that thrive on scare campaigns, the Breast Cancer Fund and the Silent Spring Institute. Out of hundreds of thousands of families in the U.S., the study was based on just five!

What is not reported is the fact that modern science can detect infinitesimal amounts of any chemical substance and it is the fact that they are so small that means they represent no threat. As always, it is the amount of exposure that determines hazard and mere “trace” amounts that can only be detected in a laboratory represent a phantom hazard.

In the end, telling new mothers and everyone else that they should not eat or drink anything from a can or bottle protected by BPA is, in fact, to put them, their babies, and everyone else at a far greater risk.

Editor's Note: Parts One through Three of The BPA File are available on the "Warning Signs" blog.

About along 1950, I was thankful that I lived in "an age of reason". Well that lasted until about 1963, some dozen years or so.

"Science", at least that as commented on by the clowns and monkeys of the mainstream media circus, has become rather absurd.

If less carbon dioxide is good, then the color of the "new green" is brown . . . that is, dead vegetation brown.

Well done! As always the logic is impeccable and the facts are undisputed.

It must be obvious to all but the most brain-dead, narrowest, agenda-driven of minds that for a large number of decades the human race has enjoyed the safest, most nourishing food in the history of the entire human race.

In the developed, mass-food producing countries and those importing those products, human life-span, general health and growth have improved in leaps and bounds.

I have had occasion to witness such improvements in a nation.
In the mid sixties, as a young man in the Royal Air Force, I was posted to Singapore. The general population was very scraggy and scrawny; the women had tiny busts and hardly any hip line, flat from top to bottom. The men were extremely thin and many bent forward; teeth seemed as rare as hens. A fat man had better hide until nightfall.

Over the next three decades I was in and out of Singapore on a regular basis and saw much change. The popultion in particular blossomed and bloomed, as the economy did, and people developed into a shapely, strong attractive nation. From the early 70s food was everywhere as were supermarkets probably with BPA protected cotainers.

It can be no coincidence that a plentiful and SAFE food supply was the result. I am amazed at the transformation of Singaporeans from the 60s to the present. I know that this scenario is replicated in many parts of the world.

If BPA was in any way a poison then mass symptoms would be noticed - which is not the case.

The MSM seem incapable (or unwilling) to ask the pertinent questions and pander to the fear-mongers because fear is a better story than success. The old axium, again - bad news sells copy.
Clive in the Philippines