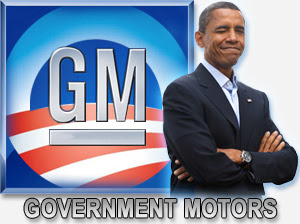 I received an email from my friend, Seldon B. Graham, Jr., a veteran of the oil industry, possessing both engineering and law degrees. I first became aware of him through his book, “Why Your Gasoline Prices Are High.”

“Why isn't the media disclosing the actual oil prices to the public? Someone might figure out that American consumers could save $4.86 x 3.3 billion barrels of foreign oil annually = $16 Billion annually if US oil replaced foreign oil imports. Doesn't everyone in America want cheaper gasoline?”

I don’t know anyone in America who doesn’t want cheaper gasoline except for President Barack Obama and his Secretary of Energy, Stephen Chu. And therein lies the problem because, between moratoriums on deepwater drilling in the Gulf of Mexico, obstacles to increased drilling in Alaska (not even including ANWR), and the general ban on any offshore drilling along U.S. coastlines, the likelihood that Americans will have access to their own less costly oil, barely exists.

It really doesn’t get much dumber than this unless, of course, you consider the Obama administration’s bailout of General Motors. Amidst a bevy of costly bailout measures in 2009, Obama stepped in to “rescue” GM when, in fact, all it had to do is step aside and let the company file for bankruptcy, get restructured, and begin again. Countless companies, large and small, do this every year. The rescue, however, was not about GM so much as it was the United Auto Workers, a union that was largely responsible for putting GM in the poor house.

Fast forward to 2011 and reports that the U.S. government, Treasury, plans to sell off “a significant share of its remaining stake in General Motors Co. this summer.” Despite a much heralded initial public offering of stock last November, beginning in January 2011, the stock’s value had fallen 18 percent, “to about $31, which is $2 below its IPO price.

In January, Investor’s Business Daily grabbed reality by the scruff of its neck, shook it, and reported, “The bailout of General Motors wasn't supposed to cost taxpayers. In fact, the promise was that taxpayers would profit. Now the government says the bailout's a loser. No one should be surprised. Washington has handed out $50 billion to General Motors and another $35 billion to Chrysler and GMAC to keep those companies in business. Taxpayers were told their money wouldn't end up lost in a rat hole.”

A variety of factors have contributed to shareholder and investor confidence in GM and The Wall Street Journal cited “the rise in gas prices” as one of them because it “hurt sales of big, highly profitable trucks.”

It didn’t help that the Obama administration insisted that GM step up its electric car program, always notoriously unprofitable, or that the steering wheels on some Chevy Cruze models literally came off in the driver’s hands!

Of the 61 percent ownership the government once owned, it is now down to 26 percent, but to break even, the government would have to sell at $53 per share whereas it is now priced at less than $30 per share, a new low as of April 19.

The original “investment” was $50 billion. Estimates of the sell-off of remaining shares suggest a loss of more than $11 billion if the shares were sold now.

It’s one thing if some speculator takes a loss and that happens all the time, but when it is John Q. Public’s money, the expectation is that would be more cautiously managed. Nothing about the GM bailout suggests this. The dismal results of the alleged “stimulus” funding that was supposed to generate thousands of jobs can be summed up in the statistic that only 45% of Americans are working these days.

No matter which way the taxpayer turns, the decisions made by the Obama administration has resulted in the loss of billions, an unemployment rate that resembles some third world nation, and obdurate resistance to the proposed GOP budget that calls for cutting spending and reducing the debt.

Don’t expect anything like that to occur so long as this hapless, clueless gang controls the White House and the Senate.

The best answer is to allow failing companies to fail.

I just bought a really nice Ford Ranger 1/2 ton pickup last week. Runs on gasoline. Small engine, hand-cranked windows, no bells and whistles other than a 5-speed automatic tranny. No gubmint motors cars for me.

Electric vehicles are the pits. Has no one owned a lithium-battery power tool before????

@Alan - you have to wonder who is buying the stock at these reduced prices? The government buys stock in a failing company via a tax-payer bailout and then sells the company at a 'loss' to one of their friends - who will most likely file for bankruptcy and re-structure - just as the company should've done in the first place - saving the new owners billions. Redistribution at its best.

Note that the Canadian government owns a percentage. Based on the amount of money paid in and the percentage owned, the Canucks break even at $40 per share. And this present sale is going through at $31?

The Obamination not only puts the shaft to the US taxpayer, he shafts the neighbors as well.