How to Avoid a Fiscal Train Wreck

In the wake of the agreement to avoid shutting down the government, both sides have claimed to be winners and, depending on whether you are a Democrat or Republican, both sides have generated the usual prose to support that contention.

In truth, all that occurred was a brief stop on the way to a fiscal train wreck.

There were no winners. There are only losers. They are the American taxpayers. The government of the United States of America has been mismanaging its financial affairs for decades, most notably dating back to the creation of a private central bank called, ironically, the Federal Reserve.

As the columnist, Jimmy Breslin, once observed, the last successful government program was World War Two.

Avoiding a shutdown and raising the debt ceiling ignore the fact that, sooner or later, the government will not be able to borrow enough, let alone tax enough. Raising taxes only represses the investment needed to start new businesses and expand existing ones. Without either, unemployment will remain high. Meanwhile, the cost of commodities is rising in a world where the U.S. has real competition for them.

The nation now owes $14 trillion in debt and that is equal to every dime and dollar earned by the sale of our products and services, the gross domestic product. The U.S. government, in addition to the taxes it collects, exists only because other nations still buy our Treasury notes.

While the shut down argument was over how many billions would be cut from spending, the nation at the same time was borrowing many times more billions. That is completely unsustainable.

What else is unsustainable?

The two real wars in which we have been engaged for a nebulous “war on terror” and the new one, a gift from a President who ignored the U.S. Constitution and the U.S. Congress to go to war in Libya. A week later he handed it off to NATO. If the U.S. had not founded NATO and was not a part of NATO, there would be no NATO. None of these wars will have a good ending for the United States.

The U.S. provides some twenty-two percent of the regular budget of the United Nations and twenty-seven percent of its laughable peacekeeping activities. That should have ended long ago.

The government should, of course, eliminate the millions wasted on duplicated programs in various departments and agencies. 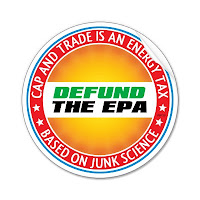 The government should rid itself of the Environmental Protection Agency, the greatest obstacle to growth and development with its huge and growing matrix of regulations. The monitoring of the nation’s air and water could be undertaken by the States and, for all practical purposes, is.

Foreign aid should be greatly reduced. It is little more than bribes. It does little to secure the level of cooperation and support attributed to it. Foreign nations need to be responsible for their own development. We need to pay down our debt.

All pork projects initiated by members of Congress should be eliminated. Mandating that non-essential airports and bridges be built is a pernicious practice. If States want to build such things, they should fund them themselves. Why taxpayers in Texas should help fund something built in Minnesota defies understanding.

All manner of non-essential spending such as that for National Public Radio should be eliminated. Let NPR compete in the marketplace. Funding Planned Parenthood is funding abortions. Lots of them.

Funding for dubious “science” research such as the $50 billion wasted on proving that “global warming” was real should be eliminated. By contrast, science that contributes to providing new technology for national defense or the elimination of disease deserves support.

The services of the U.S. Postal Service should be privatized, as should obstacles to the provision of private healthcare insurance; it would provide the same savings to consumers as occur in other insurance areas. Social Security, while grandfathering those who have paid into it, should be eliminated at some point in favor of encouraging private savings and retirement planning.

The Department of Education should be eliminated. The word “education” does not appears anywhere in the U.S. Constitution and has always been a state and local responsibility.

There are more ways that the size and expense of government can and should be reduced. Too many people work for the government, while fewer and fewer are involved in manufacturing, the source of all real wealth.

It is time to stop listening to all the economists and their failed theories, and apply common sense before we end up like Zimbabwe with paper money that has lots of zeros signifying that a loaf of bread will cost a thousand dollars.

Labels: EPA, US Debt, US Deficit, US Department of Education

@Rookajay: Thank you, but I could never be President because I believe in telling the TRUTH!

Great article, Alan. Since most people's eyes glaze over when they hear millions, billions and trillions, I always remember the following comparison (rounded off) to give me some perspective.

So our current national debt of $14 trillion is equal to 448,000 years-about three ice ages ago!

Burrr! God help us all.

What we have front row seats in is a play called, "The Collapse of The American Republic."

The economic course we are on is not sustainable for much longer, yet there is no way for the politicians of any political party to avoid the epic train wreck that has coming for the last 100 years.

The Republic is literally on its death bed, Obama may be its last president, and although the would be Caesars like Donald Trump, who waiting by the bedside will very likely chose to keep the outward constitutional forms of the old republic in place, its pulse is getting weaker with every passing day.

The choice for the American People is stark: anarchy or dictatorship.

The Roman choice was Caesar Augustus.

Ronbo, you are too pessimistic. You need greater faith in the Constitution and the People.

"Running the nation requires credentials that go well beyond being a successful businessman."

You Obots are a gas!