Welcome to the Middle East. We're All Crazy Here. 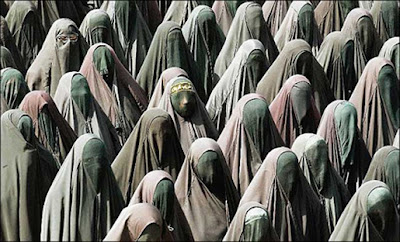 A recent Fox News channel report concerned a student from Vermont’s Middlebury College who was studying international relations overseas in Cairo when that city came unglued. He was given the opportunity to go to Damascus, Syria to continue his studies and he jumped at it. Bad move. While there some kind of protest broke out and the secret police scooped him up and threw him in jail for two weeks.

It took an American embassy intervention to get him out despite the fact he had shown Syrian authorities his passport and his student identification papers. He was not physically mistreated, but other prisoners were. He learned that “they can arrest you for any reason or no reason.”

Signs at airports and seaports should say, “Welcome to the Middle East. We’re All Crazy Here.”

President Obama’s “kinetic military action”, swiftly passed off to NATO (which is another way of spelling USA), and currently a mess waiting for someone to kill Muammar Gadhafi (how’s that for a plan?) has simply confirmed what everyone suspected. So far as the Middle East is concerned, he has no foreign policy.

Why are we in _______ (fill in the blank) is the question people keep asking every time some ghastly new piece of news is reported. The place is wall-to-wall lunatics. When not blowing each other to hell during religious pilgrimages, funerals, and other gala events, they are killing medical missionaries, United Nations diplomats, and others who think they can be helped. They can’t.

The so-called Palestinians have had over sixty years to find some small measure of peace with the Israelis, but have rejected every single effort. Lately, Hamas has (a) murdered an Israeli family, (b) set off a bomb in Jerusalem, (c) and gone back to firing rockets into Israel. What is wrong with this picture? Everything!

In a splendid reversal of logic, the Jews are blamed for everything in the Middle East (and everywhere else for that matter), but Christians there are being systematically driven from their homes or attacked. What most Western Christians have not grasped is that they are the new Jews, next in line for the same abuse.

Let your fingers do the walking over a map of northern Africa and the Middle East, and you will barely find a nation that is not in some kind of turmoil. Tunisia is in the process of sorting out power sharing now that their former dictator is gone. Libya’s problems would be resolved if Col Gadhafi would accept Uganda’s generous offer to take him in.

Egypt’s power brokers are deciding just how Islamic it will be. Home to some stunningly beautiful women, wrapping them in burkas would be everyone’s loss and make it difficult for Miss Egypt to compete in the next Miss Universe contest.

Turkey, which used to have a secular government and thought of itself as part of Europe is now veering into the We’re Crazy Muslims School of Governance. Syria is seeing signs of internal opposition to a regime that is now in its second generation and famed for “The Hafez al-Assad Guide to Suppressing Everyone in Syria.” Jordan is trying to cope with its own large Palestinian population that is making noises about its royal family.

Iraq, whom the U.S. freed from Saddam Hussein, is some kind of limbo trying to figure out how to be Iran’s neighbor without being Iran’s lunch. Bahrain just decided it would much rather be Saudi Arabia’s butt-boy than Iran’s. The Saudis have announced that they will be building a new facility in Bahrain where their navy can park in the event of any unpleasantness in the Persian Gulf.

Pakistan can barely pass for being a nation. It’s more like a large, albeit mountainous military base; one that has nuclear weapons. Pakistan is most famous for floods and earthquakes. Nothing good comes out of Pakistan, including the Taliban. And then there is Afghanistan and its Stone Age people who have outlasted every invader since Alexander of Macedonia and not improved one bit.

The United Arab Emirates and Qatar, two small Gulf States, are lying low, but Yemen, sharing a long border with Saudi Arabia has a ton of internal conflict. Oman seems okay, but you never know.

Perhaps the “good news” is that every nation in the region is terrified of the truly crazy Iranians who have been announcing since 1979 that, as soon as they get nuclear weapons, they are going to destroy Israel and after that, well, just about everyone else.

Why anyone would want to worship in a radioactive al Aqsa mosque in Jerusalem is anyone’s guess.

So, if you’re planning your next vacation or you’re a university student trying to figure out where to study, I suggest you think Disneyland for the family and, for great food on a student’s stipend, Italy.

Remember, “Welcome to the Middle East. We’re All Crazy Here.”

What makes the people of the Middle East think the way they do? Is it a genital defect?, Is it a religious thing. Is it a throwback to cavemen? Does their language not allow them to think and reason? Do these people really think their way of life is logical?

We deal with our domestic lunatics for the most part in a firm and terse manner. A lunatic is a lunatic, foreign or domestic.

Tell me about it!

My first overseas tour in the now disbanded U.S. Army Security Agency was Peshawar, Pakistan (Yes, Virginia, we really did have an joint U.S. Army/Air Force COMINT and TELINT base there in 1967 to spy on Red China and the Soviet Union) at the ripe old age of 19 years.

All new arrivals were given a mandatory briefing on the "Do's" and "Don'ts" of service in an Islamic country, for instance, never take a picture of a woman and never enter a Mosque.

Also, "Be advised that the government of Pakistan has no authority if you wander more than three feet off the roadway - You're in tribal land and they can do what they want to you."

The duty was a Peshawar was quite interesting, but off duty hours were usually spent over beers at the Airman's Club, movies at the Khyber theater and ping pong at the recreation center.

In contrast to most G.I.s overseas none of us attempted to date the local women. I understand the last soldier who tried to date a local girl ended up with his throat cut and his body dumped in an alley.

Yes, we were told about this in the briefing and shown the pictures of the incident that had happened in 1965. In those days the military pulled no punches concerning our "ally" Pakistan's majority religion, and provided us with armed escorts when we went off base.

In summary: Going to Peshawar, Pakistan was like taking a time machine to Bible times. I will never forget the smell of burning cow manure, the major source of fuel in that part of the world.

somewhat OT but hoping someone of your readers can help, Alan - if that's allowed: last year a photo journalistic piece was prominent on the net, of the "this week's/month's remarkable photos" type. Among them was a photo of American servicemen in Afghanistan[?]. It showed 3-4 servicemen in fatigues sitting on the ground with their backs to a command car [?]; the helmet closest to the lens had been stencilled with this verse from the psalms: Though an army encamp about me..... [I don't remember the exact wording, whehter it's the KJV or the RSV]. I've searched absolutely everywhere and can't find it. There are other photos on the net showing verses of psalms stencilled on helmets but I can't find this specific pic. It was, I think, around this time of year that it appeared. Any help would be appreciated.
thanks
SZ in Israel [hoping Samson's Solution will not need to be used and the world will come to its senses before then].

Here's MY solution to the MidEast conflict -- read topic #3 on www.ideasforourfuture.com. Universally, youth are the hope of the future -- they're also the Mideast's ONLY hope for a peaceful future. Read it, and see if you agree. What a waste of human life, generation after generation -- SOMETHING MUST BE DONE. Thanks for your time, Lee Webb, Naples, FL and Broomfield, CO