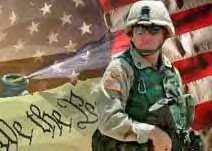 In the preamble of the Constitution, the founding fathers made clear their priorities and among them was “provide for the common defense” to “secure the blessings of liberty.”

Ramping up an army and navy was an early priority of the nation’s first presidents because, then as now, the United States had real enemies.

The congressional “super committee” charged with finding cuts in the budget is testimony to the failure of Congress to attend to one of its primary duties and to the gridlock of partisanship. The notion of an automatic across-the-boards budget cut of $1.5 trillion is aimed at the growth in spending over the next decade, not a reduction in those programs that are responsible for an unsustainable debt.

A Rasmussen Reports survey released on September 28 revealed that “Americans think that tax hikes are more likely than spending cuts in any deficit reduction deal that comes out of Congress and are more convinced than ever that any new tax monies will be spent on new government programs.”

Nearly two-thirds of American adults, 62%, have no confidence in Congress’s ability to actually reduce spending for the purpose of reducing the federal deficit. The latest poll on this topic represented an increase of four points over the previous one in February.

In an article posted on Military.com, a September 26 report released by the House Armed Services Committee warned that $465 billion in cuts to the defense budget over ten years would “transform a Superpower into a Regional Power” and return the military to funding levels of “the post-Vietnam Carter era of the late 1970s.”

The report contemplated cuts that would “eliminate 60 ships, two carrier battle groups, and over 200,000 troops through 2021. The Army would lose ground combat vehicles. The Navy would suffer cuts in ship building and replacements for older ships. The Air Force would likely lose the next generation bombers and aerial refueling tanker aircraft. The Marine Corps would lose personnel carriers and indefinitely postpone replacements for new amphibious assault vehicles and ships.

Michael M. Dunn, president of the Air Force Association, in a memo to its members, referred to the cuts as draconian, noting that “It would gut many programs, throw tens of thousands of troops out of work, cause major force reductions, and necessitate closing bases. Our allies would begin to question our commitments in both conventional and extended deterrence realms.”

The budget and debt problems the nation faces are based in large part on our so-called “entitlement” programs that are hugely wasteful and in need of reform. There are entire federal departments such as Education that could be eliminated to the benefit of the nation, returning this function to the states instead.

Lost in the current debate is the fact that it is Congress that authorizes the funding of the many programs that waste millions on a weekly basis. An across the boards cut ignores priorities and, among them all, defense is the most essential.

Lost, too, is the realization that the U.S. has entered into an entirely new era of warfare. In a speech in June to the Center for Strategic and International Studies in Washington, William J. Lyon, Deputy Secretary of Defense, noted that “For centuries, the most economically developed nations wielded the most lethal military power”, but not anymore.

How has war changed? Think about this, “Our deployments in Iraq and Afghanistan have now lasted longer than the U.S. participation in World War I and World War II combined,” said Lyon. “We must sustain long-term commitments for a range of plausible conflicts.” Moreover, today’s military must be ready for both high-end and low-end (insurgencies) threats." And the newest threat, cyberwarfare.

No one suggests that the Defense Department is a paragon or that it does not need to review issues such as its pension programs that begin at age 38 when retired personnel have twenty more years of productivity left. Even with aspects of the military that need revision, a United States of America with a military expected to fight with the weapons of the Vietnam era is an invitation to the nation’s enemies.

A look back over the era since the end of World War Two in 1945 demonstrates that the world has been a far safer place precisely because America has been a military superpower.

As China builds its military, non-state combatants challenge nations around the world, and the proliferation of nuclear weapons continues apace, this is no time to undermine a military that has answered the nation’s call to arms with courage and distinction.

Labels: US budget, US Congress, US Military

I have long pointed out the fact that we entered and WON WWII in 3 years and 9 months and for some odd reason we can't fully pacify nations like Iraq and Afghanistan...

Both of those nations are about the size of Texas I might add...

Now, here's a point to think about; if the USA can't pacify 2 land areas each about the size of Texas, how in the hell can the US government ever hope to disarm the American people?

A conundrum indeed, for the US government...

In WWI and WWII, the US military, with the support and backing of the politicians in Washington, fought to win. In fact we not only won, but we crushed the enemy. In every war (or conflict) since, the generals and the troops still have fought to win, but end up hamstrung by the politicians who second-guess, and posture, and play games with the lives those in the middle of it including our own warriors. There seems to be no stomach anymore to execute a real war and have a decisive outcome. As Patton said, "the politicians always stop short and leave us with another war to fight". So far we've been fortunate because of the superiority of our weapons systems (stealth, drones, cruise, etc.) But taking the money away will end the advance of technology in new military weapons and as you aptly pointed out, leave our troops to fight with Vietnam era weaponry. That's a real exciting prospect.