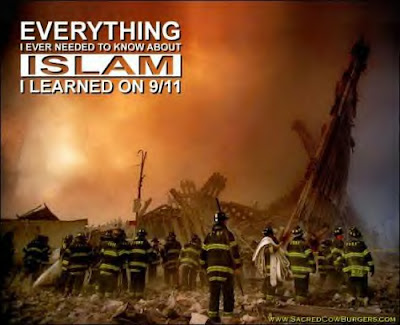 October 29, 1929 is the day the stock market crashed and is generally regarded as the day the Great Depression began.

In the earliest days of that decade-long economic disaster, excavation for the building of the Empire State Building was begun on January 21, 1930. The building’s drawings and blueprint has been produced in two weeks by architect William F. Lamb who used earlier designs for another tower. On May 1, 1931, the iconic skyscraper was opened for occupancy.

On September 11, 2001, the Twin Towers of the World Trade Center were destroyed by Islamic terrorists sent by al Qaeda, almost all of whom were Saudis. A third plane crashed into the Pentagon and a fourth was brought down in Pennsylvania when passengers fought the hijackers. Presumably it was headed for either the White House or the Capitol Building.

Not counting the hijackers, there were 2,977 victims.

In an exhaustive article by Andrew Rice, “The Saving of Ground Zero”, the story of the long, anguished struggle to build a new skyscraper to replace the Twin Towers was told in the August 8-14 edition of Business Week. Unlike the Empire State Building, the Freedom Tower is still under construction a decade passed the destruction that killed three thousand innocent Americans who did not know Islam was at war with America in particular and the West in general.

The triumphalism of Islam was expressed in the intent of some Muslims to build a mosque within steps of Ground Zero. It evoked a national uproar, but both President Obama and Mayor Bloomberg said that freedom of religion meant that it could be built. Islam is not about freedom of religion.

Islam is not a religion of peace and not a religion of tolerance. The strangest outcome of 9/11 is the way too many Americans have steadfastly resisted the fact that Islam poses both an existential and actual threat to the nation and to Western civilization.

Since 9/11/2001, there have been 23,000 terror attacks worldwide and, once again, New York and Washington, D.C. are on alert for possible car bomb terrorist attacks.

Attacks on Americans have not ceased since 9/11, from Fort Hood to Times Square.

The 16 acres of the destroyed Twin Towers was hallowed by the murder of Americans who weren’t at war with anyone, but it was also extremely valuable real estate. As Rice wrote, “To the degree that it’s possible for a 102-story building to take a city by surprise, One World Trade Center snuck up on the New York skyline.”

“For years the project, conceived in the throes of tragedy, has been debated, negotiated, renamed, redrawn, hailed as a beacon, and maligned as a boondoggle. It wasn’t until recently, though, that it presented itself as an immutable fact, beginning to replace the void above Ground Zero with steel and reflective glass.”

Consider the contrast between 1930 New York City and 2011. It took just over a year to build the Empire State Building, employing 3,400 workers. It has taken a decade for the replacement of the Twin Towers that were owned by the Port Authority of New York and New Jersey. Meanwhile, the original developer, Larry Silverstein, has independently built three other office buildings to replace those destroyed on 9/11.

During the past decade, under the administrations of Bush and Obama, the U.S. has remained stuck in the quagmire of Afghanistan and Iraq. A third war, the effort to rid Libya of its dictator, has had U.S. involvement “leading from the rear”, and the whole of northern Africa’s Maghreb and Middle East is embroiled to some degree in conflict.

No one can say how the turmoil in these Muslim nations and others will turn out, but the odds are the Islamists, the jihadists, will end up in charge and their war on the West will continue.

There are lessons to be drawn from this decade and those that preceded it. Chief among them is that Islam remains at the heart of all the killing, the despotism, and instability of the Middle East and the threat to Western civilization, determined as ever to drag us back to the seventh century.

Skyscrapers can be built in a decade or less, but it takes centuries to create a civilization and to defend it against its enemies.

I am certain that on that September day there were angels among us, and I would imagine that they too wept...

I'm a big strong guy, but I am not the least bit bothered to tell you, I wept, from anger, from compassion, from a feeling of total helplessness, and yes, even fear, not fear for myself, but fear for my family and their immediate safety...

I was 1,500 miles from home that day and all I could think of was getting home to my wife and making sure my children were safe, and I couldn't do that...

None of us knew what the future held, we still don't, but I hope with all my heart that these same angels are with us now...

I can't speak for all Americans, but I know that I am still hurting, every day that goes by I remember 9-11, and I don't know if a *healing* will ever take place in me, but I pray for the lives of those affected in an even more direct fashion, I pray for our firefighters, police officer and our troops... I pray that ALL of America will wake up to the dangers around us and unite in an effort to defeat the evils that threaten our lives and freedoms.

No matter where that evil comes from!