A High Stakes Clash of Economists 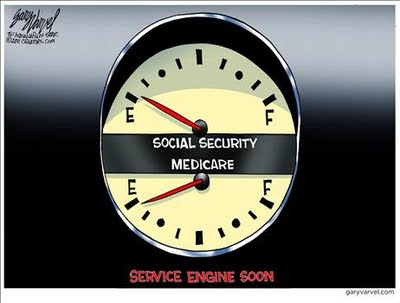 “We need an impulse, a jolt, an acceleration…Let us experiment with boldness on such lines, even though some of the schemes may turn out to be failures, which is very likely.”

Who said that? Was it President Obama? Franklin Delano Roosevelt? Neither. It was John Maynard Keynes, a British economist. The year was 1924 and England, still struggling to recover from the cost of World War One, was trying to figure out what steps to take. The British economy was suffering from high interest rates, falling prices, and high unemployment.

Keynes’ view was that the government had to spend lots of money on public housing, better roads, and improvements to the electricity grid to get money into general circulation, stimulate the economy, and restore business confidence. The unemployed had to be given work even if it was the government not private enterprise that would provide the capital.

Keynes was already world famous because of his role as a British Treasury negotiator at the Paris Peace Conference, a precursor to the Treaty of Versailles. He had written a book, “The Economic Consequences of the Peace”, that revealed the disastrous path the treaty has set Europe upon, the beggaring of Germany and Austria that led to the rise of Hitler and World War Two.

His economic theories would eventually take his name and, ultimately, his magnum opus, “A General Theory”, would enshrine him in the pantheon of the most famed economists. Succeeding generations of economists and even politicians would call themselves Keynesians.

A quite thoroughly unknown economist, Friedrich Hayak, an Austrian who was sixteen years younger, took a far different view. While Keynes thought economics must be applied to improve the lives of people through government programs, Hayak thought that the less government interfered with the free market, the better. Indeed, the smaller the role of government, the better.

All this is told brilliantly in a new book, “Keynes Hayek: The Clash That Defined Modern Economics” ($28.95, W.W. Norton & Company) by Nicholas Wapshott, a biographer of film actors and directors, as well as political figures, Ronald Reagan and Margaret Thatcher.

While one might assume that economics had to be the driest of topics and two economists most people have never heard of, the least of interest, Wapshott pulls it off, explaining some fairly daunting theories, mixing in lots of history to the present day, and bringing Keynes and Hayek to life in a way that is very entertaining.

What emerges is the recognition that politicians, whether it was Roosevelt in the depth of the Depression years, George W. Bush with a huge financial crisis in 2007, or Barack Obama struggling with high unemployment in 2009, all tend to look for the shortest route out of their problem because they want to be reelected or vindicated for the steps they took. They all think government is the answer.

Hayek reflects the conservative view that government should get out of the way and let a recession yield to natural economic forces. History demonstrates that, without government involvement, they eventually go away in relatively short order.

Government, Hayek argued, is more likely to make a mess of the economy than fix it. He has been proven correct over and over again, but that doesn’t matter because it is politics, not economics, that drives politicians. Politicians do not want to appear to be doing nothing.

Keynes was for a hands-on government, intervening to save the economy and, he too has been proven correct as in the most recent steps both the U.S. and British governments took to literally push gobs of money out the door and into banks to keep the whole system from collapse. The problem, however, is that it was taxpayer’s money and the borrowing to replace it will saddle future generations with an enormous debt unless some austerity is imposed on government.

Always in Keynes’ enormous shadow, Hayek, late in life, was vindicated with a Nobel Prize, but even more when the Soviet Union collapsed after seventy-five years of imposing a central government that owned everything; property, the means of production, and still could not compete with free market economies.

Keynes, however, has seen his view fulfilled because most Western nations subscribe to some form of socialism with the kinds of programs that he advocated to protect everyone. Social Security and Medicare are the ultimate Keynesian legacy.

Keynes was your classic “top down” manipulator of an economy. Hayek was a “bottom up” believer in the natural energy of the entrepreneur, small business and corporate enterprise.

Neither, however, could calculate greed or fear into their theories though they surely were aware of both as factors driving or retarding an economy.

Neither could predict what any particular politician might do in their own best interest. In America, both Democrats and Republicans have proved to be big spenders since the end of World War Two.

One man who was not an economist understood how to bring down an economy. Keynes warned, “Lenin is said to have declared that the best way to destroy the Capitalist System was to debauch the currency.”

Americans who have watched President Obama triple our national debt to more than $14 trillion should take note before the dollar, still the benchmark currency for the world, is debauched. Too much Keynesian government spending and borrowing will do that.

That was the warning from Standard & Poor’s when it downgraded the nation’s credit rating. Hayek would have approved.

Great article. Americans should look at what the Boy President is offering up to save the employment dilemma (9.1) and zip on new jobs. More taxes, more regulation, paring down deductions on taxes, etc. Plus, the payroll tax "holiday" is hastening the day when Social Security will go belly up. Doesn't anyone pay attention? Good golly, Miss Molly!

Hayek did factor in greed and fear as natural sentiments of human nature that had to be dealt with.
just like sexual desire, greed and fear are normal, it is what you with them that counts.
Uncertainty due to government haphazard manipulation of interest rates and printing money promotes behaviours that are not conducive to prosperity, but booms and busts.
The 'Austrian Economists' call it 'malinvestment'.