McConnell Takes Obama to the Woodshed 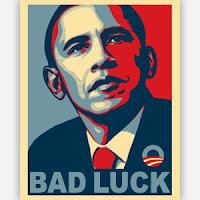 On Tuesday, Senate Minority Leader, Mitch McConnell (R-KY) gave a response, in advance, to President Obama’s Thursday speech regarding the state of the economy.

I doubt that Sen. McConnell’s speech received much notice by the mainstream media, but it was as succinct an analysis of why everything the President has done regarding the economy has failed. Reportedly, Obama wants to throw more billions at “recovery.”

Much like the man caught in bed by his wife with someone else, Obama’s approach is “Who are you going to believe? Me or your lying eyes?”

Obama has a very big problem now. Even those who voted for him have removed their rose-colored glasses and concluded that they have mortgaged the present and their future to someone who has no idea how to fix that future. He will do what he has always done. He will blame someone or something else. The Bush administration. A Japanese earthquake. Hurricanes. Bad luck. And this time around, Congress.

Sen. McConnell is no silver-tongued orator. He’s not flashy or charismatic. He is, however, the quintessential conservative politician. In his address on the Senate floor he said, “I don’t think any one of us is under any illusion that the American people were particularly eager to see us come back.” That is refreshing candor.

“After two and a half years of being told that Washington had the answer to everything from the high costs of health care to high unemployment, people have every reason to be skeptical.” If Americans are skeptical of a sharply divided, highly partisan Congress, they are even more skeptical of the President.

“For more than two and a half years, under this administration, Americans have been hearing about the wonders that government spending would do for our economy, and about the dangerous consequences of failing to apply ‘bold’ solutions to big problems.”

Sen. McConnell paused and asked, “And what’s it gotten them?”

One thing Americans know about the Obama “Stimulus” is that there are 1.7 million fewer jobs in America since he signed it. “That’s not the kind of change people voted for three years ago,” said Sen. McConnell.

What, indeed, did people think they were voting for three years ago? Change? Hope? Those aren’t policies, they’re slogans.

What Americans don’t know about the Stimulus, Sen. McConnell noted, was that it is “the one of the single most expensive pieces of legislation Congress has ever approved. The interest payments alone are projected to cost an average of $100 million a day.”

“And here’s what the President told us...the Stimulus would save or create 3.5 million jobs.” As we now know, Obama’s answer to everything is more government. When his programs are criticized his answer is that it’s just politics. No, it is the failure of those programs that is obvious to anyone and everyone.

Sen. McConnell noted the ways, rather than admit failure, Obama has taken, such as agreeing to keep taxes from going up last December, but then he identified the source of our present problems. “The President is forever eager to embrace big proposals whenever government’s at the helm, but when it comes to doing the kind of things job creators really want, he’s suddenly timid. He’ll agree to a tax cut as long as it’s temporary.”

It was a long speech, but Sen. McConnell rounded it out by identifying what can and should be done. He called on the President to send Congress the three trade treaties that have been sitting on his desk for nearly three years. He called for a reform of the budget process and for a balanced budget amendment. He warned against a series of huge and costly regulatory proposals by the Environmental Protection Agency.

“Millions of Americans are looking for Washington not so much to do more, but for the first time in a long time, to do less—so that they can finally do what it takes to get this economy moving again.”

In the wake of the President’s speech, who are you going to believe? Him? We’ve tried that and it hasn’t worked.

Obama FAILED.. All around, on everything he touched...

Says it ALL doesn't it?

Seems NOBODY "in power" -- including the GOP establishment -- understand or respect the fact that government does not, cannot, will not EVER mandate prosperity successfully. It's clear the bulk of them don't give a damn about liberty, and that's their whole problem.

Liberty is property. Liberty is unabrogated opportunity. Liberty is breaking the chains of compulsory law, especially those laws that force money (property) from one person's pocket to another.

Erase the EPA; erase the Dept of Energy; check the Dept of Education; relax regulation; relax corporte taxes; rescind all rulemaking authority from bureacrat hands; rescind that lie "free trade" and MFN for countries with rampant human rights abuses, and on and on...

There are many simple things that can be done quickly and easily to get this country back on its feet, but the Commander-in-Chief is too stupid and/or too arrogant to apply these common sense approaches. Meanwhile, the irrelevant establishment wing of the GOP wants to get in the way, muddy the water by standing on the dumba$$ ceremony of who they are.

Is hell big enough to hold them all?

In the Soviet Union they would institute idiotic five year plans for all sorts of things about which they knew nothing about. And since these idiots were only good at overthrowing governments and murdering a lot of innocent people they all failed. However it was never the fault of the "Plan". It was always the fault of those who clearly must have been undermining the "Plan" all along. Of course they were promptly executed and a new "Plan" was implemented followed by more failure and more executions. Nothing ever changes with socialists and communists, except they just can’t execute us here....currently.

Think about this though. In the 20th century communists killed 100 million people and the greenies are responsible for at least that number. In combination that’s 200 million innocent lives. But all these setbacks will not cause them to lose hope. If they can implement enough insane environmental regulations they can up their body count substantially over the 200 million they worked so diligently to kill in the 20th century.

Green is the spear point of socialism. Socialism is insanity, and socialists are insane.

AGW & Rich:
Bravo...you're both right in so many ways.

The current generations of Americans---too many of them---have been brainwashed via the schools and media to not grasp the failure of socialism/communism.

"O" has the "Midas touch" in reverse. Everything he touches turns to crap.

There's speculation about the possibility of a low-tax deal for repatriation of corporate dollars now held overseas.

Didn't help jobs in 2005, either. It did lead to a strengthening of the dollar. That's good for the price of gasoline, but bad for the workforce which is involved in production of exports.

The way this nation has ALWAYS been sucessful is when the gummint just goes away and leaves us alone to do what we do. O'Bullsh*t does not know this. His core belief is in what has always failed, government intervention and socialism/fascism. Definition of insanity.