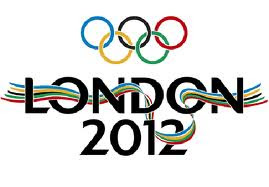 A foretaste of what is likely to occur in London when the Olympic games open on Friday, July 27, occurred on July 20 when a Muslim youth shouting in Arabic, “God is great”, attempted to seize the Olympic torch as it was being carried through Maidstone toward Redhill.

I was reminded of the 1972 Olympic Games in Munich when members of the Israeli team were targeted and killed by Islamists. Then I thought of other terrorist attacks in London and in Manchester in the recent past.

Wikipedia offers some sobering information about Islam and England. There were more than 1,500 mosques in England as of 2007. Muslims have been part of the English population as early as 1707 and today it is the second largest religion in the country. As of 2011 the Muslim population was estimated to be 2.869 million. It is the fastest growing religion in the UK.

“A 2009 survey of the attitudes of British Muslims found 77% said they identified ‘very strongly’ with the UK, compared to 50% of the general public. However, only 7% of Muslims think of themselves as British first, with 81% thinking of themselves as Muslim first.”

“58% of British Muslims support the arrest and prosecution of anyone who insults Islam.”

The opening day ceremonies will be further disrupted by planned strikes by transportation unions and the main access to the venue will be via subway, a prime target for bombs. The British have mobilized elements of their armed forces to provide security, but it is my view that, like most acts of terrorism, it will be virtually impossible to deter bombings and other mayhem.

The 2012 Olympic Games hold the prospect of becoming a bloodbath for participants and attendees.

The ability of Islam to transform otherwise “sane” Muslims into killers is well established. Islam was spread by terrorism and it remains its primary choice 1,400 years after it was invented by Muhammad. Its Koran and the Hadith commentaries amply document his use of assassination and raids on Arabian tribes, including mass murder.

The large Muslim UK population, the radicalization of its youth, as well as the potential for an influx of terrorists coming into London for the purpose of attacking participants, attendees, and the general public portends an ugly outcome. British authorities have been busy picking up suspected homegrown Islamists in order to sequester them during the games.

Simply stated, Islamists have no regard for the ordinary rules of civilization and regard all “infidels” as targets for the advancement of Islam. As the census results demonstrate, many English Muslims want the nation to adopt Sharia and given Islam’s track record, the games present an unparallel opportunity to display their penchant for terrorism.

It says a lot of Islam that the sites of the Olympic Games since 1972 have become an armed camp.

The British authorities won't let the Islamists do anything, Alan. They've held out against terrorists from much closer by (the IRA, for example), and they know how to deal with threats. Muslims may have entered Britain en masse, and Muslim airlines may sponsor at least two football clubs (one being my beloved Arsenal), but if I know the Brits (and I should, I lived there for four years), they'll stem the Islamist tide and kick them back to the sand holes where they came from. They may have forgotten the true spirit of the Olympics, but the civilized world hasn't. We should enjoy them while they last.

I hope you are right, James.

It is interesting to note that there is an identification with Islam first, over political boundaries. Although some might say this is comparing apples to oranges, it speaks of the Islamic tribal tendency. It is also the reason that we will never succeed in bringing a democracy which functions, to those areas of the world which worship the moon god.

@James - I don't think you've been keeping up with current developments in the UK. Any slur against Islam brings harsh penalties. The politicians are bending backwards to ensure there is no discrimination towards this group in any shape, way or form. Some of the Olympic security staff have been found to have connections with Islamist groups. They recently arrested a civilian group who were caught with bomb components not far from the Olympic venue. They have now been forced to bring in army personnel to assist with security at the games. I wouldn't attend the Olympics if they paid me and I wouldn't visit the UK unless I had to.

And exactly what "British Authorities" might you mean? The UK now is ruled by Brussels, and the private security firm to provide security for the Olympic games has completely failed.

Once upon a time ago, police forces in the UK were excellent, but that too has passed.

Now, some small amount of military forces, some 3,500, will provide security . . . but the question remains . . . will they be allowed to fire their weapons if required?

Take a look at Russia where Muslims make up over 15% of the population, but are impotent to take control of anything there....Say what you will about Putin and his boys, but they run a tight nationalist ship in a country that has fought off invasions from the east and west for over 1,000 years.

And never forget this - the pro Islamic appeasement minded Leftist governments of the West will not always be in power - and I venture to guess the next turn of the political wheel in the West will see nationalist regimes that will go "Crusader" on the Islamic threat.

Security at these games may be top shelf, maybe not... Who knows.. Europe is over-run with Muslims, and the Brits have given in to them in the past, I see no reason to believe they won't acquiesce in the future..

I have to agree with the Israelis. The probability of Munich -- all over again -- is extremely high.