The Millennials Take a Beating 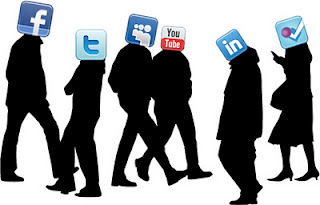 It is to be expected that different generations have different values and view each other as either too old or self-absorbed. I have been thinking lately about the Millennials, those born in the 1980s and 1990s. Like my parent’s generation, born at the beginning of the last century, they are coming of age in the midst of the worst economic times since the Great Depression.

Unlike my parent’s generation, mine, and theirs, they have grown up in a very different era, defined I think by all the technology that allows them to be constantly connected to family and friends, but those who study them find them to be more narcissistic, more materialistic, and more subject to anxiety, depression and, loneliness. They well may be the most medicated generation, often starting in school and leaving them dependent on pharmaceuticals that short-circuit their ability to learn how to cope with the normal stresses of life.

The Millennials overlap with Generation Y. Neither group can even imagine what it must have been like to have been born before the advent of television, let alone computers and cell phones. They, like Generation X, have passed through heavy liberal indoctrination in the nation’s schools unless they grew up in families and communities where the values of an earlier generation were absorbed.

A recently released study, “Personality Processes and Individual Differences: Generational Differences in Young Adults’ Life Goals, Concern for Others, and Civic Orientation, 1966-2009", paints a less than flattering picture of the Millennials.

Let me say that I do not personally know anyone of the Millennial generation of Americans. I observe them from afar, often wondering if we share the same planet. I feel sorry that they are growing up in a vulgar era and one in which the sexual rules that defined male-female relationships have greatly diminished.

No doubt my grandparents regarded the 1920s Prohibition-era boys and girls who were breaking a lot of the rules of society in the same fashion. The Traditionalists, however, hued close to most of the rules; getting married, raising families, pursuing careers.

Most demographers who study population trends identify the 1960s as a demarcation point so far as shifts in attitudes between the generations can be identified. It was the era of the Civil Rights movement followed by the Vietnam War in the 1970s, and the rise of environmentalism. It was an era of increasing drug use, hippies, protests, and Watergate.

I think the Millennials, born in the 1980s and 1990s, are going to be seen as being especially harmed as the result of the 2008 financial crisis that left them with an anemic economy and generally unable to move on with their lives. The Traditionalists had Pearl Harbor. The Millennials have 9/11.

In the study, the Millennials are seen as spendthrifts, especially with regard to new technologies that they regard as essential rather than just gadgets. They are “addicted to instant gratification” and, not surprisingly, are “the fastest growing demographic of those who purchase luxury goods.”

Millennials are broke. Not only are they encumbered by student debt but many are unemployed or under-employed in terms of their degrees. The official unemployment rate for those 18 to 29 years of age is 12.1%, but their declining labor force participation includes 1.7 million who are not counted as “unemployed” because they are not in the labor force, often giving up looking because of the lack of jobs. Some may be wondering why none of the billions in bail-out and stimulus money benefited them?

The bad news is that polls show that 49% of Millennials “view socialism in a favorable light” compared with 43% who view it unfavorably. For some, capitalism has failed. Many of the Traditionalists who had lived through the Great Depression felt the same way and they often raised children that shared liberal notions about the economy, supporting entitlement programs that are not only with us today, but are being expanded by the current administration.

The Millennials played a significant role in electing Barack Obama even if they (and a lot of others) did not grasp that he is a Communist. I suspect that a large cohort of Millennials, nearly four years later, feel less enthusiastic about him. The study cited above found that Millennials have less interest in government and are less likely than the Boomers and Generation X to vote.

An organization, Generation Opportunity, with 3.4 million Facebook fans, ages 18 to 29, invited them to “Sign the Declaration” by way of celebrating Independence Day, reaffirming its principles. By July 4th, 1.5 million did so, demonstrating their patriotism and a strong belief in American Exceptionalism, so clearly there is hope for these Millennials!

The odds are, however, that not as many Millennials will vote in November or, if they do, they may decide the problems they are encountering are Obama’s fault and swing toward Romney. He still needs to fashion a message that connects with their deepest concern, themselves!

There is hope as these Millennials do grow up and the majority do become more conservative. I have raised 2 boys, both born in the 1990's, with conservative principles. However, when I look at their friends I shudder. They are all dopey teens or young adults who don't care about their future or care about what's happening in the country. Anything that sounds good to them they'll vote for. Case in point last election, when our local Green candidate told these youngsters that the Green's would legalise weed if they came into power. Guess who they voted for without question? The other radical Green policies were never mentioned....

Big problem with the those who never lived in the Cold War era and have no understanding of the horrors of totalitarianism.

I have 2 kids, both of Generation Y...and at least in my house, there are signs of hope for this generation.

I've got an almost-18 year old son who (much to the chagrin of his high school history teachers) challenges the liberal rhetoric they teach, who has an entrepreneur's mind (he is a national finalist in a Junior Achievement entrepreneur/business competition at the end of July) and grasps (esp. after receiving his first paycheck) why conservative policies make sense especially as they relate to job creation.

I've done my level best to educate him on the news of the day and conservative positions relative to communist/liberal/progressive ones. He also sees, without any coaching from me, how in bed most media outlets are with liberal causes and how modern day journalism isn't much more than state-sanctioned propoganda.

He has worked local elections for me helping at polls, and will be with me tomorrow at an anti-Obama rally - yes, in 100 degree heat, when he could be home playing Madden or shooting hoops down the street.

Unfortunately, he'll just miss being able to vote on Nov. 6. I know he'd be a Romney vote. My son is handsome, funny, charming and smart; he's one of those guys that the girls love and the boys want to be like. It's my hope that perhaps he can help make it a little bit 'cool' to be a conservative among his circle of friends.

And, not for nothing, but there was something in the news politically recently that actually got the attention of my 23 year old daughter - who is usually oblivious to politics. She wanted to know what the deal was with Eric Holder and what "Fast & Furious" was all about. I explained it to her, and she was appalled. It was a teaching moment that I was able to seque into other areas where our current president has been a big disappointment and has functioned more like a dictator than a president.

Perhaps all is not lost with this Generation Y. I agree with you that they are generally self-centered, but that may be what saves the conservative cause someday because these kids inherently seem to get that, big picture, there's more in it for them in terms of income they can keep and personal freedom via conservative policies than handouts the nanny state oversight of their every move via liberal ones. The last thing this generation wants is another 'parent' (ie government)controllling their purse strings and every move they make.

Janice, much depends on good parenting and you are a good example of that. Congratulations!

Sometimes I can't stand my own generation, Alan. When the annals of American history are studied decades from now, Generation Y will remembered only as the generation that gave us Occupy Wall Street. Despite many of my friends and coworkers being conservative, many more kids at my college are violent, leftist revolutionaries who have no response to anything except "destroy capitalism" or "It's Bush's fault."
Though I was quite the radical when I was younger, I'm glad I saw the light during my gap year to realize that radicalism is NOT the right path, and that we Generation Y'ers and Millennials will become educated before we become slaves to the Leftist machine. We'd better wise up before we get what's coming to us, and fast.

James, you are why I still have hope that others of your generation and the Millennials may wake up in time to avoid the fate that Obama is planning for us all.

I think the younger generations should be pretty upset wit the boomer generation. It is the most selfish, greedy, "Me" group of people that ever lived. they are now poised to to soak the next generations wealth and income so they can live a fat retirement.

I am 76 years old, and have taught my daughters,and grandchildren arithmetic, the fundamentals of what sciences they could comprehend, and also other useful things.

As of now, economic times are really rough, but they are all well educated, by myself, and all have good paying jobs. And each and every one has great confidence in themselves . . . as they have earned it . . . themselves . . . by their own personal successes.

And none wanting or taking gubmint handouts.

Of course, daddy/grandpa and mother/grandma was behind each of them, in the event they needed a bit of help along the way.

"A penny saved is a penny earned, and never a borrower nor a lender be."

These are what are called "concepts", and it is really not being poor, just because of a minor shortage of 'cash flow'.

No matter what laws or treaties are legislated or entered into, there is ni matter . . . unless those laws or treaties can be enforced. The people (who really count) are armed well indeed, and there are so many roads and paths in the US, and the US is so very large in area, there is no possibile way that this nation can ever be run by any dictator.

We, the free people, have known a great amount of personal freedoms, in the US.

We "old" country folk will continue to survive, and do well indeed by our own efforts, as we always have done, and so will our extended families.